NASA’s spacecraft, designed to dig the surface of Mars, landed on a red planet on Monday after completing 482 million kilometers of the journey in six months. NASA’s Jet Propulsion Laboratory, located in Pasadena California. flight controllers are very happy when it came to the news. 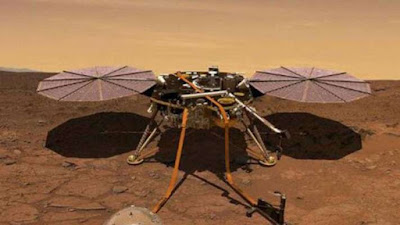 When a flight controller announced the landing of the spacecraft on Mars, their companions got excited and started clapping.
According to NASA, this vessel called Insight landed after slowing down with the help of a parachute and breaking engine. The distance from Earth to Mars is about 16 crores kilometers and information obtained from radio signals about spacecraft is taking longer than eight minutes to come here.
Since 1976, NASA has made this effort to reach Mars for the ninth time. Everyone else succeeded except for America’s previous effort. Last NASA spacecraft had landed on Mars in 2012 with Curiosity Rover.