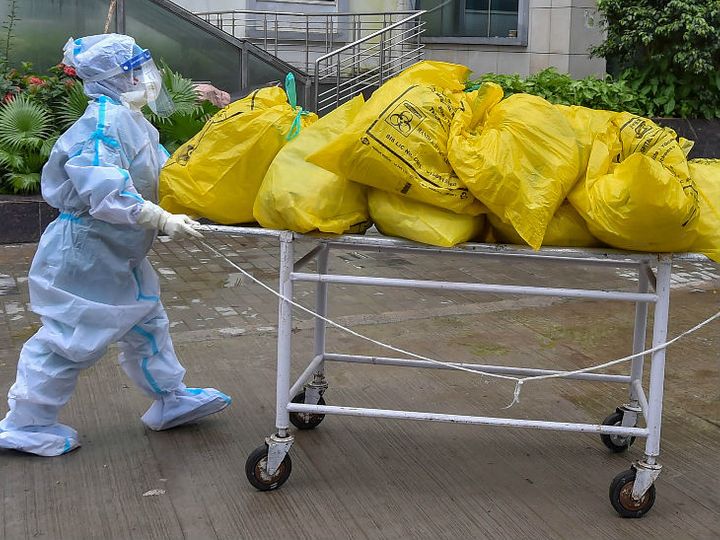 This photo is from Kolkata Medical College Hospital. On Thursday, the PPE kit was seen carrying the first health worker medical vest on a stretcher to be dumped away from the hospital. More than one and a half lakh cases of infection have been reported in West Bengal.

The death toll due to infection in the country has crossed 61 thousand. So far, 61 thousand 685 people have lost their lives. On Thursday, 1,056 infected died. Maharashtra has the highest number of 355 deaths, so far 23 thousand 444 people have died. While 109 patients died in Tamil Nadu, 141 in Karnataka and 92 in Andhra Pradesh.

At the same time, 14 patients died in Chhattisgarh, 6 in Goa and 10 in Puducherry, 2 in Tripura and 1 in Andaman and Nicobar, 1 in Himachal Pradesh, 2 in Chandigarh and Ladakh. 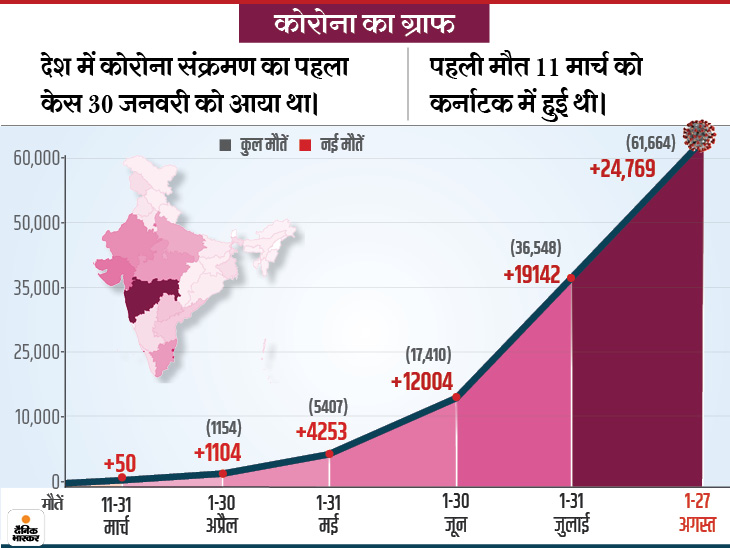 Where many deaths from infection?