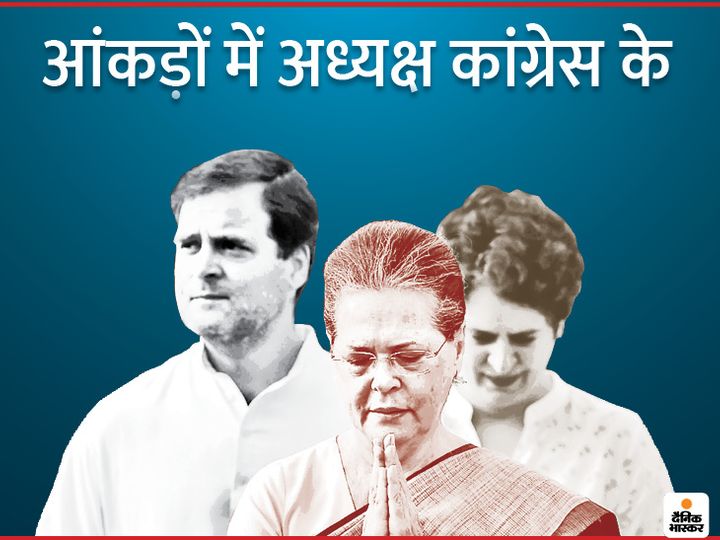 The demand for change in the Congress has once again intensified. Priyanka Gandhi herself has also said in an interview to a book that now any non-Gandhi should take over the leadership of the party. 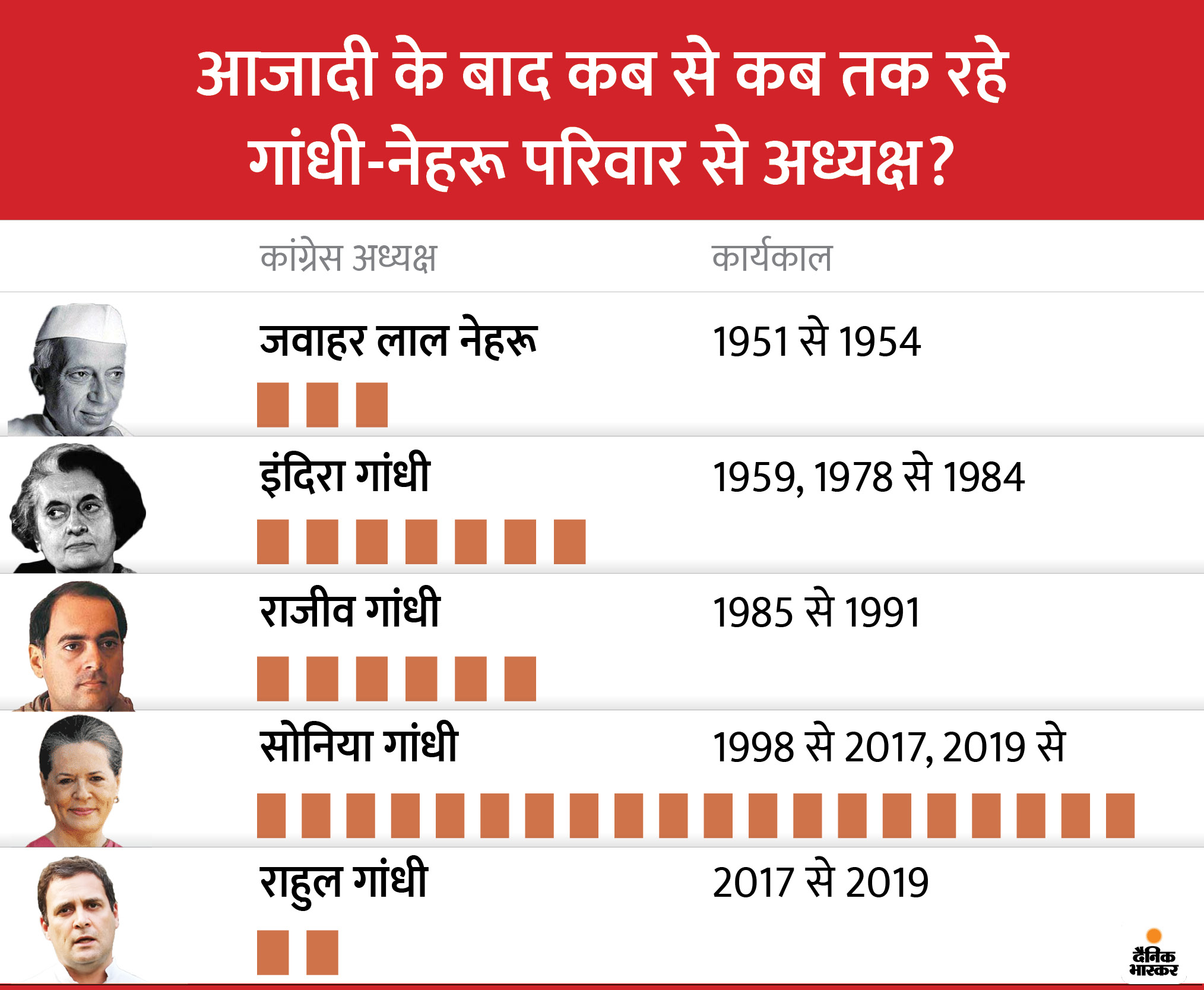 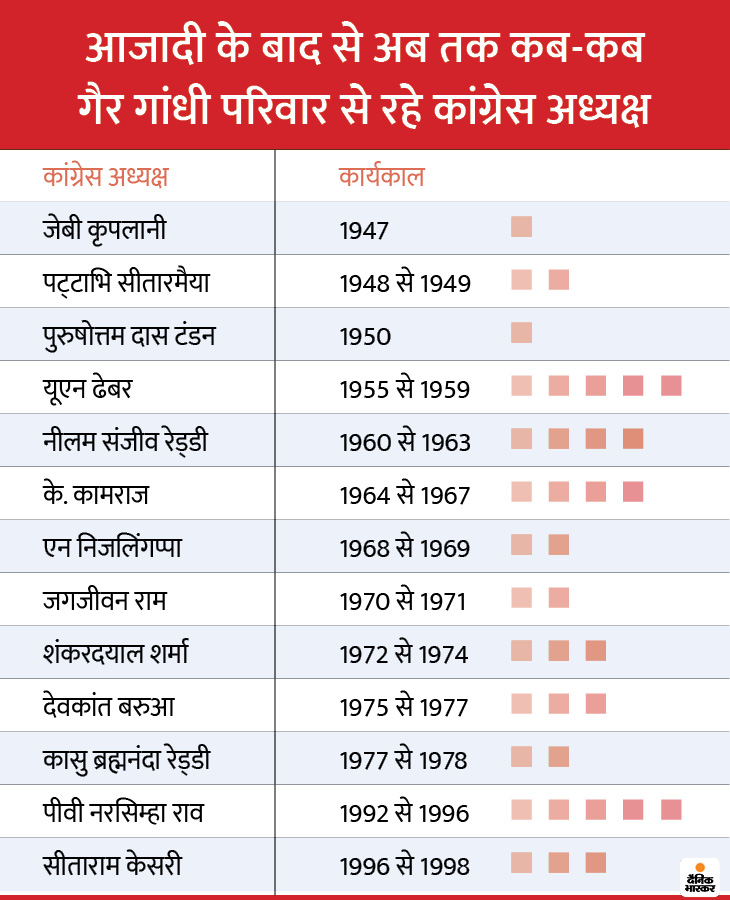 Performance in general elections: Gandhi family v / s non-Gandhi family
The first Lok Sabha elections were held in 1952 after independence and for the first 25 years, there was no strong alternative to the Congress. However, after the Emergency in 1975, the Congress had to face defeat for the first time in the 1977 elections. The Congress was reduced to 153 seats in this election. After this defeat, Indira Gandhi became the president again and won the Congress government again, winning 351 seats in the 1980 election. 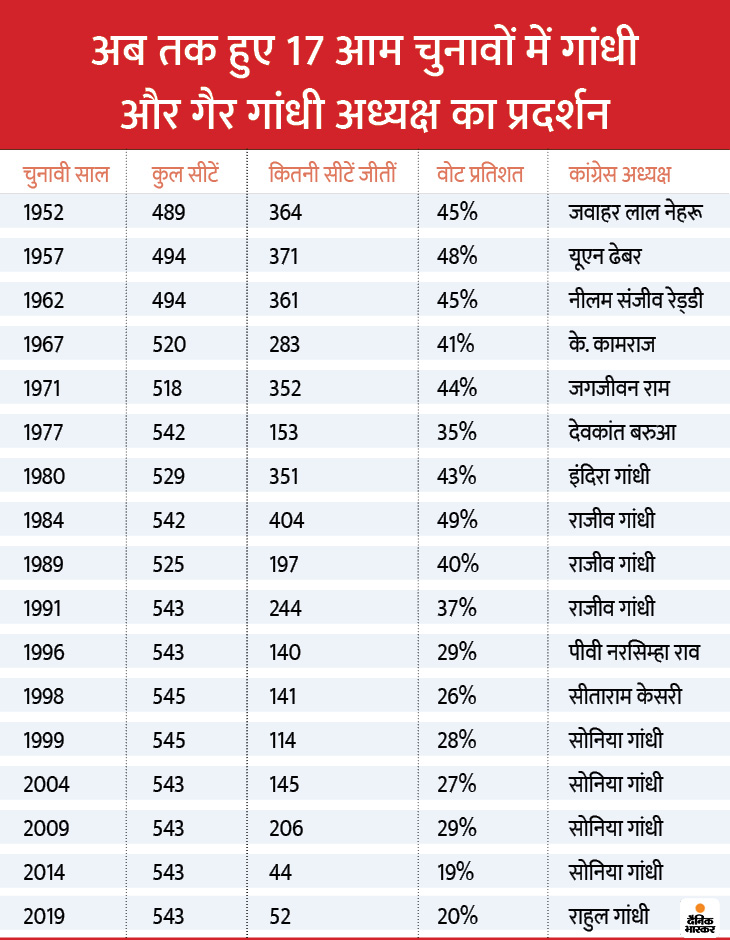 Only Rajiv-Sonia and Rahul, from the Gandhi family, under whose president the party lost
After Indira Gandhi's death, Rajiv Gandhi became Congress President in 1985 and also Prime Minister. Thereafter elections were held in 1989 and the party lost the election. The reason was that there were many allegations of corruption during Rajiv Gandhi's 5-year tenure. The Bofors case only came to light.

After Gandhi, Rahul Gandhi became Congress President in December 2017. He contested the first election in 2019 as the Speaker. Congress could win only 52 seats in this election. Alam is also that Rahul Gandhi lost his traditional seat of Amethi.

Congress has broken more than 20 times so far
The Congress was founded by AO Hume, a retired Scottish authority on 28 December 1885, 62 years before independence. The biggest split in the party took place in 1907 after the founding of the Congress. At that time the party was divided into a hot party and a soft party. 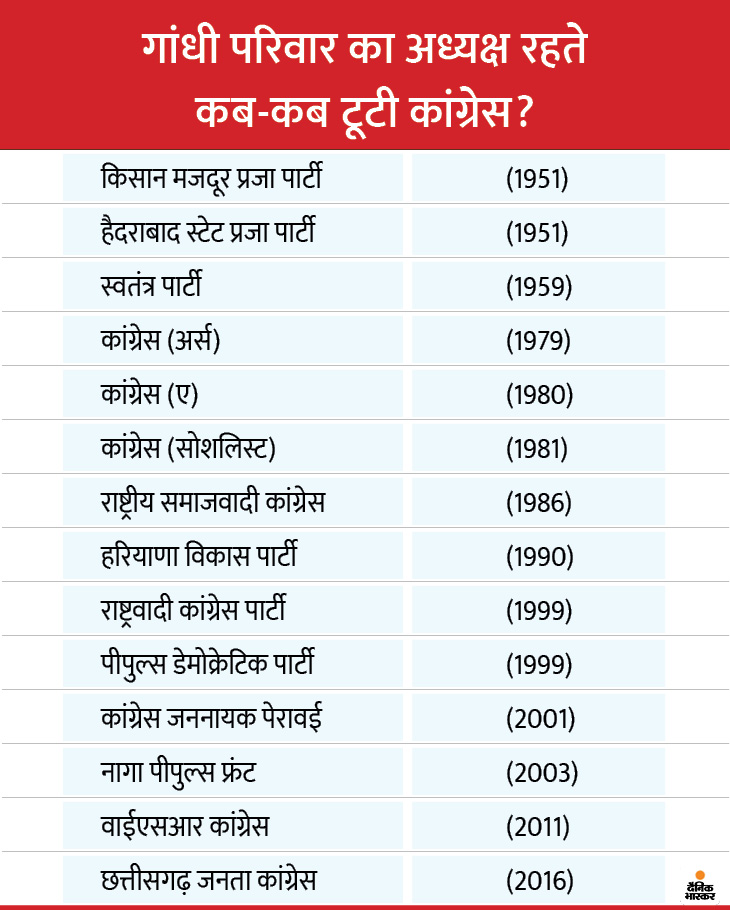 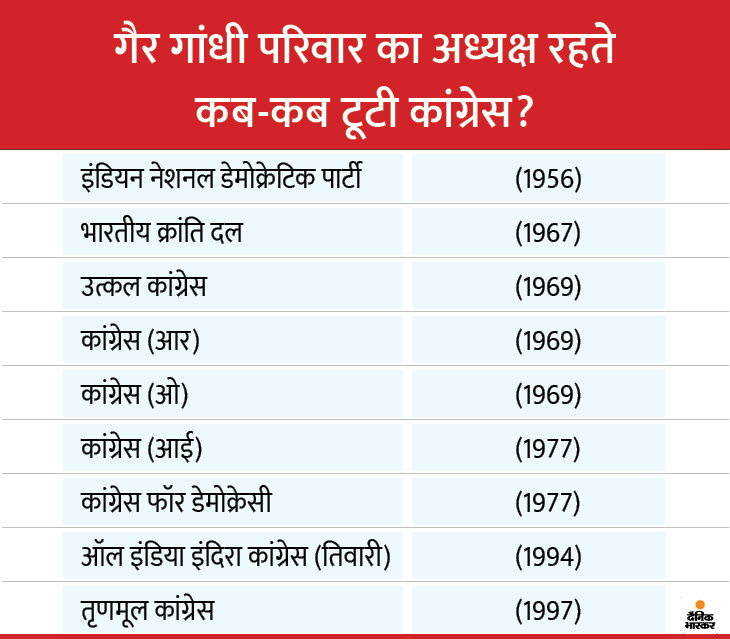