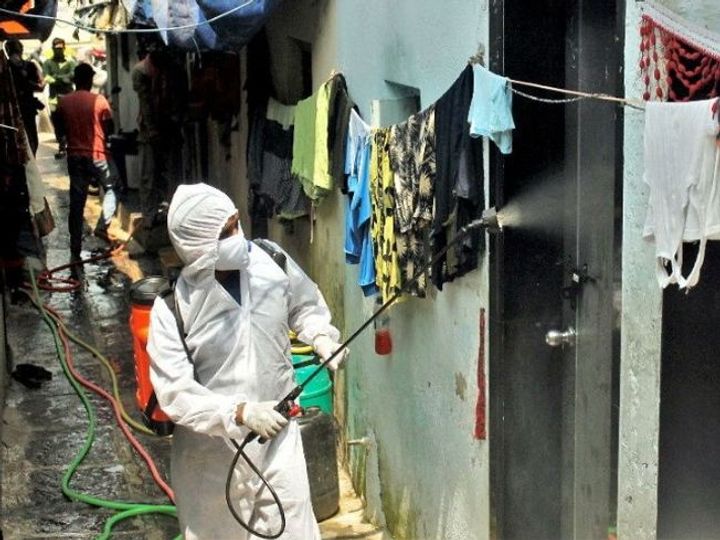 There has also been a shortage of laborers in Dharavi area due to Corona. (File photo)

(Vinod Yadav) 'I came to the shop at 9 in the morning. It's 7 o'clock in the evening Not a single customer came. The export of leather and other goods including Dharavi has almost come to a standstill. ”It is said that Rajesh Sonawane, working president of Dharavi Leather Goods Manufacturing Association.

Sonawane says that due to the infamy of Dharavi caused by Corona, customers are still not coming here. Because of which people who had hired shops. Out of that, 50 percent people have vacated the shop. Due to lack of demand in the market, shopkeepers are unable to pay rent.

People have started getting nervous due to Corona in Dharavi, called Hub of International Export

Here inquiries are also coming only for pharmaceutical companies and a few gift items. People have started getting nervous due to Corona in Dharavi, which is called Hub of International Export. So far, more than 2700 corona patients have been found in this area, although the active case is less than 100 now. Despite this, customers are nervous about coming to this area.

The Kumbharwada here is famous all over Mumbai for the manufacture of earthen goods. Kamlesh Chitroda, president of the Prajapati Cooperative Producers Association here said that our two lakh diyas were sold from Navratri to Deepawali. Not many lamps have been made this time. There is a huge shortage of laborers due to Corona.

Workers in Godown are unable to gather due to social distancing. He is also afraid of fines along with health. According to Chitroda, the work of making soil lamps in Dharavi started at least two-three months ago. But, this time we will be able to make only 50 percent lamps.

They say that due to the lockdown, there was not enough soil. Chitroda estimates that if the demand in the market remains sluggish, then the possibility of Diyas on the occasion of Diwali in Mumbai cannot be ruled out. Chandrakant Pote, president of Kamaraj Nagar Leather Shop Association in Dharavi, says that most of the items sold here are non-essential.

So our business is going slow. They also agree with Sonawane that the business of the city has suffered a lot due to the news of large increase in corona patients in Dharavi.

Why this area is important: The G-North ward of Mumbai Manpa falls under Dharavi. Its Assistant Manpa Commissioner Kiran Dighavkar says that there are 5000 GST registered enterprises in Dharavi spread over 2.5 sq km. Apart from this there are 15 thousand one room factories.

The annual turnover of Dharavi area is about 7 thousand crores. Because of which Dharavi is also called “Hub of International Export”. But now Dharavi's leather industries, plastics recycling industries, garment factory or metal industries are all in dire straits.