A sneek-peak into controversial life of mahesh bhatt | Despite being married, extra-marital affair with Parveen Babi, second marriage of a converted religion, controversial photoshoot with daughter Pooja 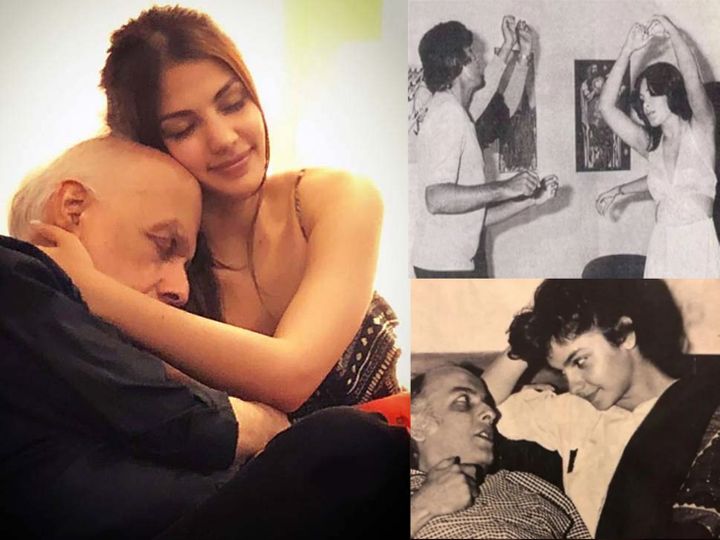 Filmmaker Mahesh Bhatt is constantly on the radar after the death of Sushant Singh Rajput. There were reports that Mahesh had advised Riya Chakraborty to break up with Sushant. Riya left Sushant's house on 8 June on the advice of Mahesh. After leaving home, Riya messaged Mahesh Bhatt whose screenshots have been revealed. In such a situation, Sushant's fans are constantly questioning Mahesh Bhatt about his suspected death and he is once again embroiled in controversies.

Mahesh Bhatt, 71, is a director, producer and screen writer. He has honored Hindi cinema with many excellent films, but it cannot be denied that his personality is highly disputed.

Today we will look at the disputed life of Mahesh Bhatt …

Born on 20 September 1948 in Mumbai, Mahesh Bhatt's father was a Hindu and mother was a Muslim. He did his schooling from Don Bosco High School, Matunga, Mumbai. It was during his school that he started summer jobs to earn money. He also produced product advertisements. 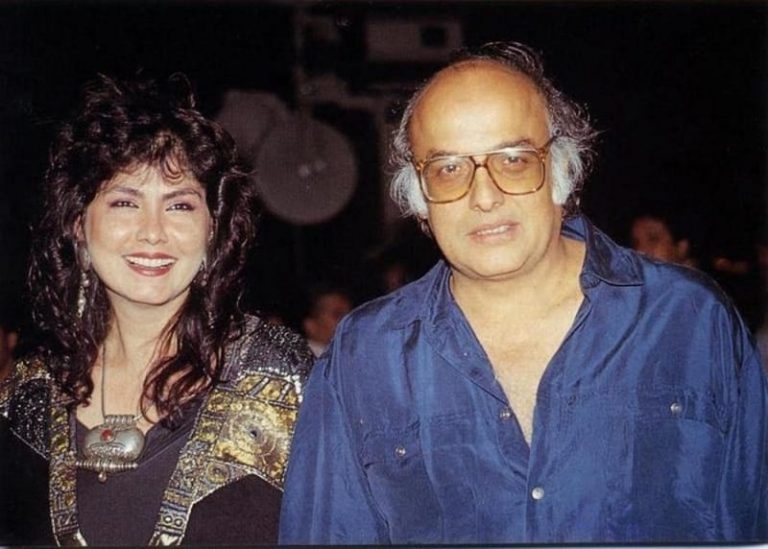 Mahesh Bhatt was especially in the news for his love life. When he was studying in college at the age of 20, a girl named Lorien was heartbroken. Lorien was Catholic and studied at an orphanage in Mumbai.

In an interview, Mahesh Bhatt had said, “I used to jump to the orphanage wall to meet him, but once we were caught, he had to leave that place.” I got him admitted to the YWCA so that he could do something for himself as a typist. I also kept working. I made eds for Dalda and Life Boy. '

After this, at the age of 20, Lorien and Mahesh got married at the age of 20. Lorien changed his name to Kiran. Lorien gave birth to daughter Pooja Bhatt after marriage, but soon Lorien-Mahesh's relationship broke. The two separated but did not divorce. 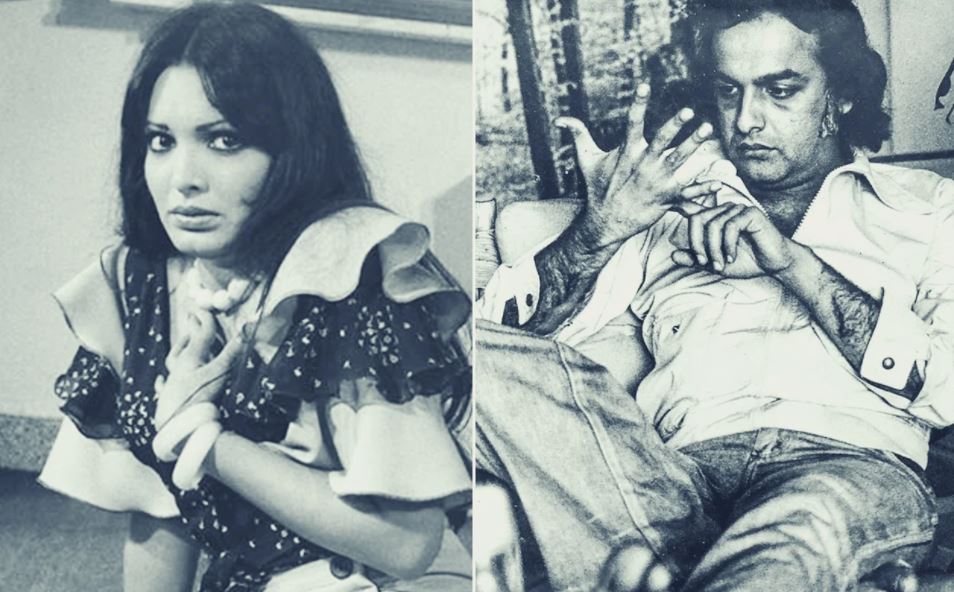 Mahesh-Parveen was in relationship for two years.

Mahesh Parveen joins the Extra-Marital Affair with Babi without divorcing Lorian. Parveen met Mahesh while she was at the peak of her career. The two started living together in the live Inn. But the end of this love filled story was very painful.

According to doctors, Parveen was mentally ill and treatment of that disease was also not possible. Mahesh got her treatment even in America, but she did not recover. Upset by this, Mahesh left Parveen and returned to first wife Kiran. During this time, son Rahul Bhatt was born.

After this, Mahesh was even accused of taking advantage of Parveen's stardom and using them. During this time, Mahesh started writing the film 'Earth', which was the truth of his life. Parveen cut alone on the last day of her life and went to death on January 22, 2005. Then Mahesh Bhatt came forward to clam his dead body. 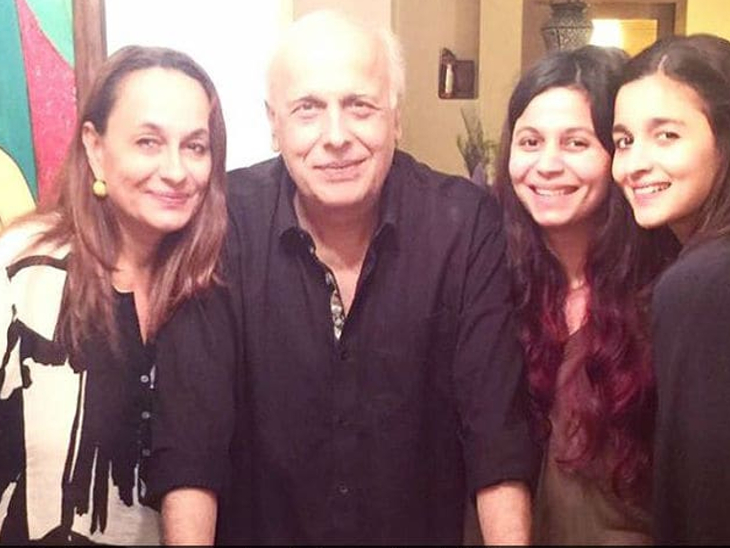 Mahesh Bhatt's proximity to Soni Razdan grew after making distance from Parveen. Sony acted in his film Saaris. The two fell in love with each other and Soni took Mahesh out of bad memories of the last two relationships.

Soni's father asked Mahesh Bhatt to break his first marriage to Kiran before marrying the daughter but he did not do so. Then Mahesh converted to Islam and married Soni. After this Mahesh became daughter Shaheen and Alia's father. 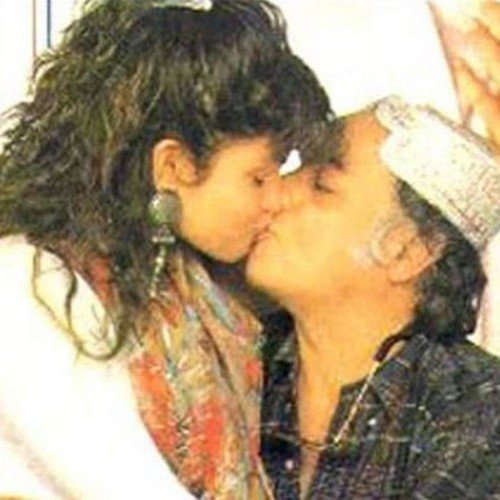 Photo of Mahesh Bhatt's photoshoot with daughter Pooja in the 80s.

A photoshoot for a magazine with Mahesh Bhatt's daughter Pooja was in the news. Years ago, he gave a liplock scene with Pooja for Stardust magazine. This photoshoot was featured on the cover page by the magazine. The headline of this cover page was – “If Pooja had not been my daughter, I would have married her.” This photo sparked such a controversy that both Pooja and Mahesh Bhatt called the photo a fake.