after 68 days from sushant singh rajput death karan johar returned on twitter but fans trolled him brutally | Karan's tweet 68 days after Sushant's death- May Lord Ganesha's power save you from the wicked, trollers call him a two-faced monster 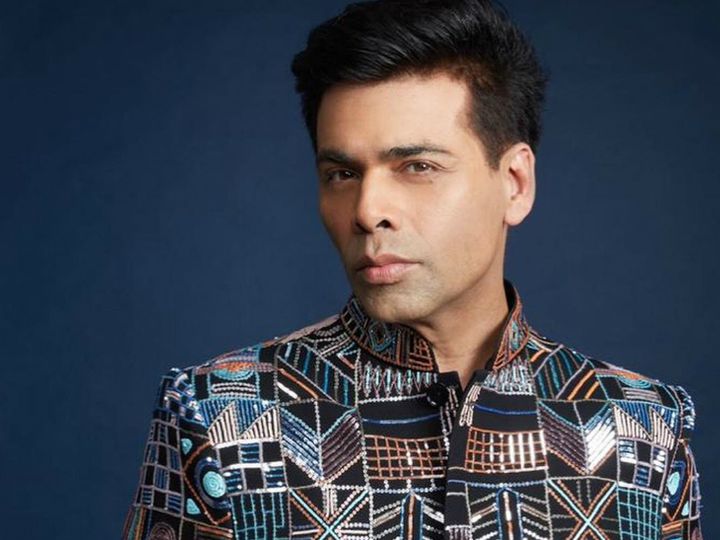 Karan Johar posted on Twitter on June 14, the day of Sushant's death. After this he became active on Ganesh Chaturthi.

The investigation into Sushant Singh Rajput's death has gained momentum. But on social media, Sushant's fans are looking confident that the actor has not committed suicide, but has been killed. Their anger about this perception is also increasing, which is often seen on social media. Director-producer Karan Johar, who was surrounded by allegations of nepotism in Bollywood, returned to Twitter after a long time. But, as soon as he returned, he faced the anger of the fans. When Karan spoke of love and positivity, users called him a two-faced monster.

May the power of Lord Ganesh protect you and your loved ones from all evil …. may the power increase all positivity and spread only love … please stay safe??? pic.twitter.com/fx0dolkylE

Karan tweeted on the occasion of Ganesh Chaturthi- “May the power of Lord Ganesha save you and your loved ones from the demons. May these powers increase positivity and only spread love. Please be safe.” Karan, who was away from social media after the death of Sushant, made this first tweet after 14 June.

Look Who is Telling About Spreading Positivity, Love ?.

Coffee with karan Show Motive is to Spread Negativity, Hate, and Bullying.

Dual Face Demon. Get ready. Karma will serve you what you have paid for.#ArrestSSRKillers

Karan started trolling after this tweet. One user wrote- Look, who is talking about spreading love and positivity. The purpose of the show Koffee with Karan is to spread negativity, hatred and bigotry. Two-faced monster. You have to pay the price for your actions.

May Lord Ganesh protect the bollywood from the biggest evil “Karan Johar” @karanjohar !

Lord Ganesha will never forgive who misuses the money given to him, Dust

Ab ye dhong dikhawe khtm …
I used to think that bollywood stars and celebs are so perfect, their life is so amazing ..
What they speak, do wear everything …
But but 14th June changed my whole perspective
Now i know THE SHINING GLITERING BOLLYWOOD is BLACK AND DARK! Hate u all

Prior to this, Karan has also made a comeback on Instagram. Posting the tricolor on August 15, he greeted Independence Day. After this, he was also trolled badly by Instagram users. Karan wrote in the caption- “To our great country, which is a treasure of culture, heritage and history. Happy Independence Day. Jai Hind.” Karan's post got more than 61 thousand views within two hours. However, the comments came from select people only. Because they have limited their comment section.

Case filed on 8, including Karan, will be heard again

The dismissed libel case against eight cine stars including Salman Khan, Aditya Chopra, Karan Johar, Ekta Kapoor in Sushant's death case will be heard again. The revision petition of advocate Sudhir Ojha was approved by Muzaffarpur District Judge Anil Kumar Sinha on Tuesday. The court fixed September 17 for hearing the revision petition. In fact, Sudhir Ojha appealed in the CJM court in the Sushant Singh Suicide case. This was rejected by the CJM on grounds of being out of jurisdiction.

Sonia Gandhi Said, All Together Choose New Chief, Does Not Want to Fulfill the Responsibilities – Congress to get new President, Sonia Gandhi

Recovery rate of India among Covid-19 patients is increasing with a good pace – Covid-19: Corona patients recovering fast in the country, recovery rate close to 75%

Recovery rate of India among Covid-19 patients is increasing with a good pace - Covid-19: Corona patients recovering fast in the country, recovery rate close to 75%