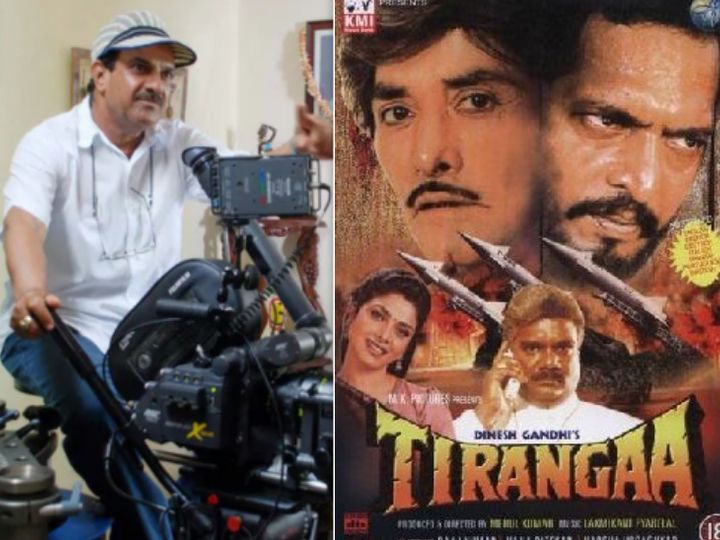 Since the film Gunjan Saxena released on Netflix, the facts shown in the film have been misrepresented by many IAF officers. After all the mistakes shown in the film, the film has come under controversy. Meanwhile, Mehul Kumar, who has made excellent films on freedom, patriotism and army officers like Koharam, Krantivir and Tiranga, has shared his experience with Bhaskar. He told that earlier there was no need for any permission, but during the shooting, the person of the army was kept together to see the facts.

Shoot the film with the help of the army, there is no scope to make any mistake:

Earlier, whenever films were made on patriotism, most of the directors used to take results and there was definitely an army officer on the set who would tell everything from clothes to officer rank, salute and how they speak. Now the makers take the decision without thinking before making the film and the films made by them spoil the image of our army and policemen, due to which the decision has been taken in the Impa and Army that whenever you get permission from the army for such films Will have to be taken.

What are the changes before and now in such films:

See that films did not require such permission. I have made three films on this subject, but the filmmaker has to take care of the national identity and the traditions of the army or police. I have made Tricolor Krantivir and Koharam with Nana and Amit ji. I used to keep a military officer while shooting films and on his advice, I used to maintain whatever protocol was there, from the dress code to his position according to his instructions.

No sensor in any of our films made:

In the film, the army officer, be it a brigadier or a major, we used to design his costume in the same way he used to tell us and we have to keep in mind from the beginning what we used to do. But nowadays it gets neglected somewhere and perhaps this is the reason why there was no censor objections on any of my films and neither part of the scene was asked to be cut.

Guidelines should be given to the defense sector

Today when it has come to such a point that if there is a script on the theme of the army, then they will have to take permission from this, on this we have also asked Impa to talk on this issue in totality. If there is a big budget film and after completion it will have to seek the permission of the defense, then it will break its back, in such a way, the defense sector should also make its own guidelines as the censor board does. If you are making a film on military or defense, then you have to follow these guidelines and not require any kind of permission.

Taking permission will be a long process:

Recently, there are no such guidelines and the defense has made such a law that if a film is being made on that subject, then permission will have to be taken from them. In such a big problem is going to come in the coming time, for this we have also asked Impa to write a letter to issue a guideline that we all have to follow and do not need permission. Taking permission is a long process and in practice it will be difficult to follow.

Army people praised me for the film Koharam:

In Koharam and Tiranga, I used military cars only with permission. Whenever I have made a film, I have asked for help from the army and they have done it. The missile shown in the climax scene of the tricolor was the missile of the army which was given to me on demand. With this, the people who brought Nana Patekar and Raj Saheb Miltri's car, we had used the film with permission from the military. When I told him that I have to use real military cars, he said that give a written letter, then we will give you permission after that. In this way, we got to use the military car.

Earlier, everything was taken care of in films:

We shot at Shivaji Park after the police commissioner's death when his funeral is done. Fire with full police permission and how they are saluted. There are also policemen, ministers as well as maternal grandfather, how everything is done. While Jackie Shroff was portraying Major Rathod in the film Koharam, his last journey was also done with full uniform and the people who were on that last journey, all the army men in uniform with a gun salute wrapped them completely in tricolor. Had gone. The kind of process in reality.

There was no objections of any kind, but many military and police officers received a call and they appreciated our work that you showed exactly what happens. Then, whether it was from the Army or the police department, when he watched the film, he was also happy and used to say that he shows very little in the films. I remember that the police commissioner of the time also called me and said that you may have taken permission but the way you have shown the scene in the film is exactly the same whether it is a matter of salute or the number of fire. You have done the filming all at once. I have done these types of scenes in almost every of my films, but I have never faced any problem so that questions can be raised on patriotism or on identity.

Nagpur Suicide Case: Maharashtra Doctor Commits Suicide After Killing Her Child And Husband In Nagpur | In Nagpur, a female doctor killed her husband and children by injecting poison, then died by hanging her head

Ikbal Ansari Says Any Construction Should Not Made On The Name Of Babar On Given Land For Mosque In Ayodhya. – No construction should be done in the name of Babur on the land found for the mosque: Iqbal Ansari

Ikbal Ansari Says Any Construction Should Not Made On The Name Of Babar On Given Land For Mosque In Ayodhya. - No construction should be done in the name of Babur on the land found for the mosque: Iqbal Ansari