At least 463 million of schoolchildren worldwide cannot be reached by digital and broadcast remote learning programs | 47 crores have no TV and smartphone to read, three out of four in villages are away from studying 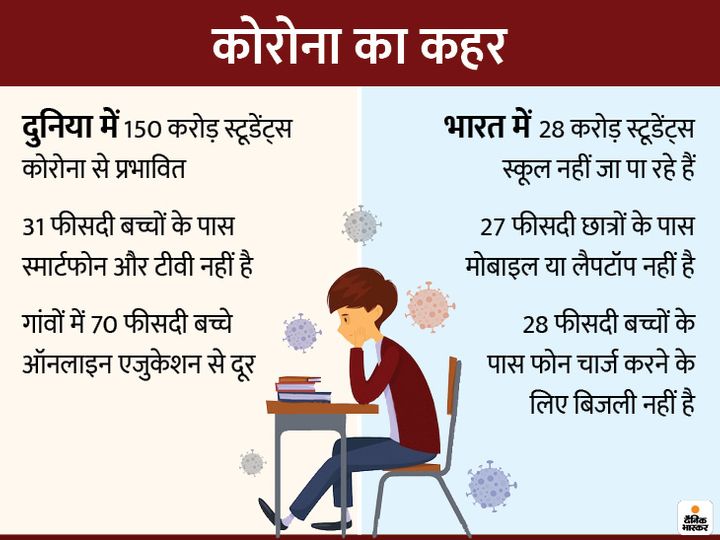 Many countries have arranged for remote learning systems or online classes so that studies are not affected during lockdown. Students are being taught through mobile, TV and radio. However, there are a large number of children who do not have online class facilities, do not have mobile and TV. Especially in villages, even if there is mobile, there is no internet, in many areas there is not even electricity to charge mobile. 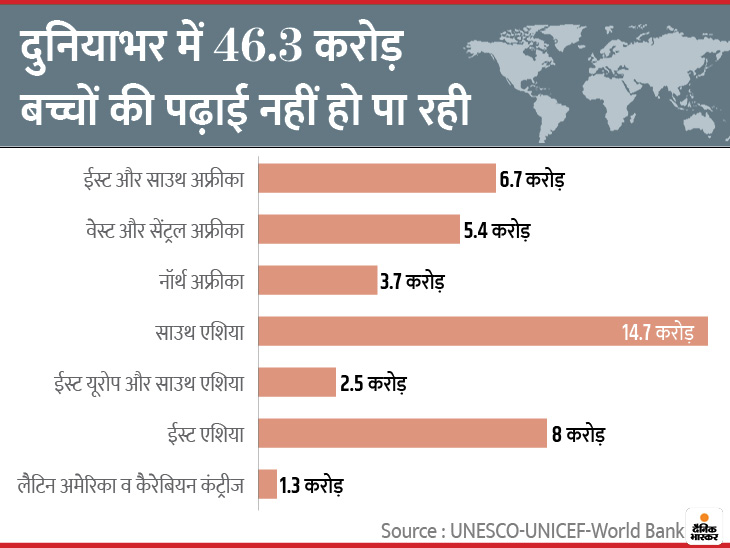 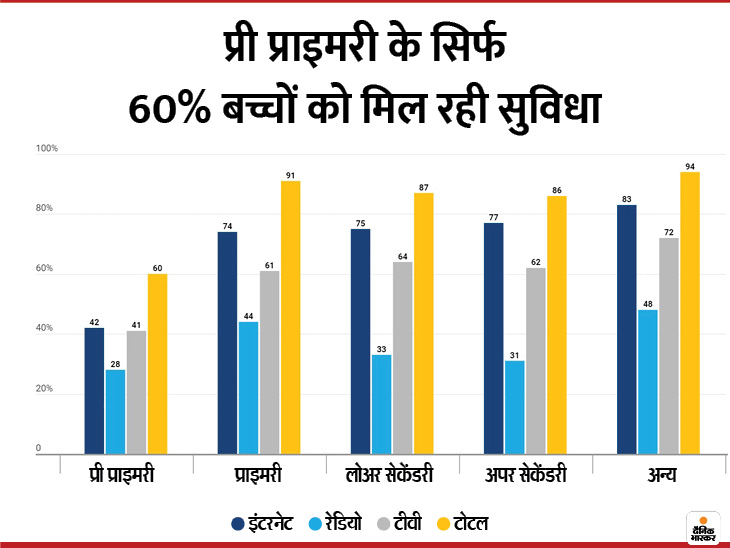 If we talk about India, about 1.5 million schools have closed due to Corona, where 28 crore children study. It has 49 percent girls. According to the report, online education is available in only 24 percent of households in India.

At the same time, according to the NCERT report, 27 percent of students in India do not have mobile or laptop. 28 percent of the children do not have electricity to charge the phone. Apart from this, those who have the facility of online education are also facing problems.

In the NCERT survey, 33 percent of the children said that they are unable to focus on their studies. While there are many children who are facing more difficulty in subjects of Science and Maths, their dots are not clear online. 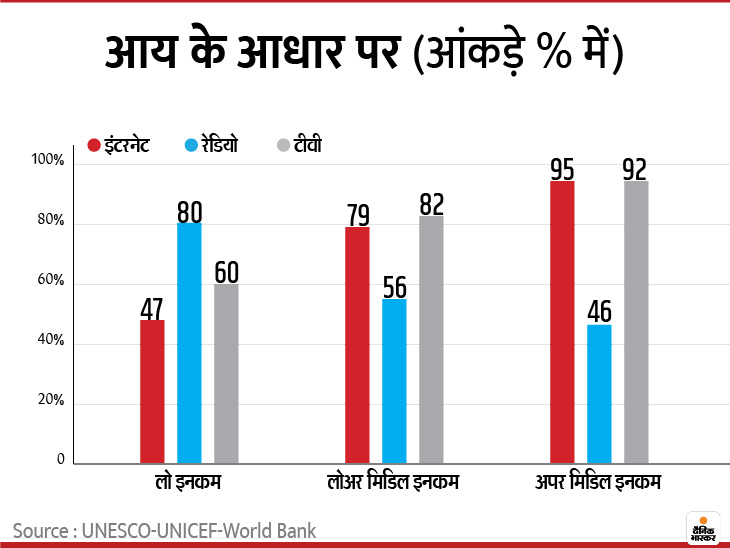 A large number of jobs have been lost in the coronary, people have closed their businesses. Which has a direct impact on education as well. Earlier in April, a UNESCO report on education came in which said that due to Corona, about 10 million children around the world will never be able to go to school. According to a report, 25 million children in the world were denied education before Corona. In this way, 26 crore children will never be in a position to go to school.

About 81 crore children do not have handwash and sanitizer. Out of this, 35 crore have soap to wash their hands but 46 crore have no water. According to the report, even one out of three schools do not have enough water to drink.

20% decrease in the money that migrants send home from other countries, 23% decline in India; Cases of poverty, hunger and human trafficking may increase

Shri Mata Vaishno Devi Shrine Board Baridar and Pujaris; Here's Latest Updates | The worship of Vaishnodvi, part of them for thousands of years, was suddenly thrown out of the cave 34 years ago.