Baramulla Attack Update | Terrorist Releasing Video of Baramulla Attack After 2 CRPF Personnel, Jammu Kashmir Cop Killed | The terrorists released the video of the encounter, the police said – this glorification of terrorism, we will not let this happen 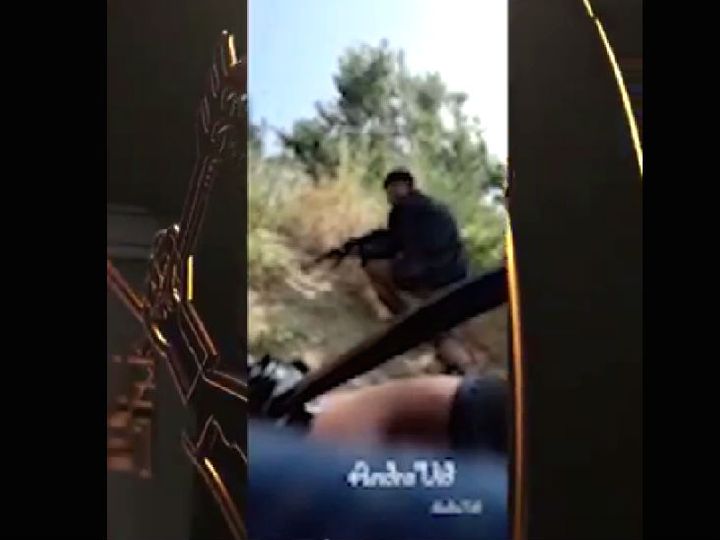 In the video, the terrorist Abu Usman is seen. It is being told that this video was made by one of the slain terrorists.

A video of Monday's encounter in Baramulla district of Jammu and Kashmir is being shared on social media. It was released by the terrorists on Friday. However, the police termed it a glorification of terrorism. She says she will not allow the terrorists to do so. In this encounter, 4 terrorists were killed, while 5 soldiers were martyred.

This video is being shared on social media. In this, the terrorists can be seen firing on the police. It is being told that this video was made by one of the slain terrorists. This encounter lasted for about 72 hours.

In this encounter Sajjad Hyder, Taimur Khan, Abu Osman, Nasir and Ali Bhai were confronted. Abu Osman is seen in the video. Of these, Sajjad was among the top-10 terrorists of the valley. He was involved in some terrorist incidents in 2016. He was as active in the Valley as Burhan Wani, a terrorist killed in 2016. Sajjad was also involved in the murder of former BJP district president Wasim Bari and 2 members of his family. The murders were committed in July.

CRPF party was attacked one and a half months ago

The CRPF party was attacked by militants on 1 July in Sopore town of Baramulla district. One soldier was killed in the attack and 3 were injured. A civilian caught in the firing of terrorists was also killed. He was accompanied by a 3-year-old grandson. The child was safely taken away by Security Forces.

Deoria Sadar Bjp Mla Janmejai Singh Passed Away Due To Heart Attack In Uttar Pradesh – UP: BJP MLA from Deoria Sadar dies due to heart attack

Up Vidhanmandal Session Second Day Update. – UP legislature session adjourned till tomorrow due to demise of MLA Janmejaya, decision in all-party meeting

Up Vidhanmandal Session Second Day Update. - UP legislature session adjourned till tomorrow due to demise of MLA Janmejaya, decision in all-party meeting