Bihar Vidhan Sabha Election 2020 Date Update / Coronavirus Covid-19 News; All You Need To Know What Will Happen And What Is The Ground Situation | Voting must be done in the state before November 13; Chhath till 21 November, even the term of the current assembly till 29 November 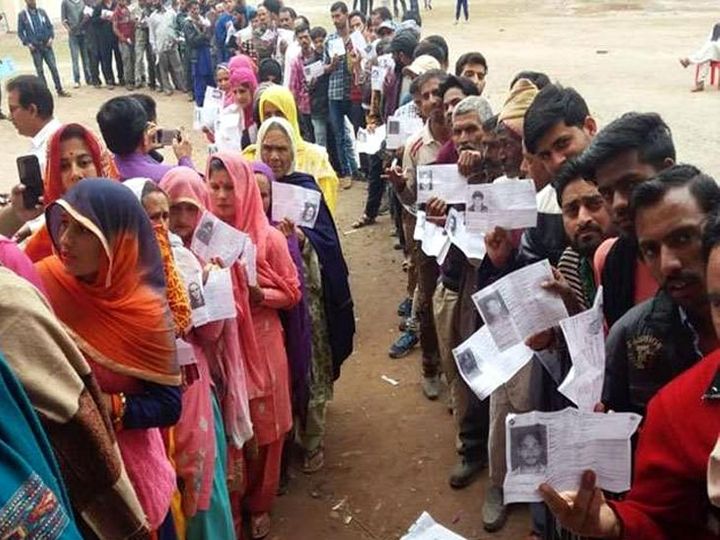 Chief Minister Nitish Kumar is telling the time till August with the government in front of his officers, due to which elections are being considered fixed in September-October. -Remographic photo

The Election Commission is in a dilemma to conduct the Bihar assembly elections. The Commission is not saying anything to postpone the elections, but even if the high speed of Corona in Bihar and the floods in the border districts is out, it has many problems. The new government has to be constituted before November 29 and elections are not possible in Bihar due to festivals from 13th to 21st of that month.

Before October, Navratri is from 17 to 25. However, in the last election, a phase election was held during Navratri, but this time it may be difficult due to Corona.

Election in September-October is considered fixed

Chief Minister Nitish Kumar is telling the time till August with the government in front of his officers, due to which elections are being considered fixed in September-October. The Commission is also not saying to postpone the election and the High Court has also left such a petition aside. In this way, know When and what will happen and what is the ground situation now–

Mathematics of dates is also important regarding elections. The same conditions were there in 2015, but this time the dates are even more important than that. In 2015, a phase of polling had to be held in the middle of Navratri, so that the results would come on 8 November before Dhanteras on 9 November. This time Navratri is between 17 to 25 October. Dhanteras, Deepavali in Bihar and then Mahaparva Chhath takes place after six days. This time is Dhanteras on 13 November and Mahaparva Chhath is ending on 21 November.

Sunil Kumar Sinha, president of Chanakya School of Political Rights and Research, explains, “Since the first session of the 16th assembly began on 30 November 2015, the assembly will be dissolved on 29 November. Before this the new government should be decided and in such a situation only the election results and process of swearing can be waited after Chhath. ”

Fear of infection of administrative officials and death of government officials

The state home department is currently on only two front lines. On the one hand, the department is ready to flood the border districts, while on the other hand the corona is also monitoring the infection. Till now the assembly-related front has not opened here, while the Home Department and General Administration Department play an important role in the electoral framework.

A top official of the home department said that roster duty could not be imposed here on the corona and work has to be done in the midst of danger. The same situation is going on now and there is talk of elections, but not stirring. Due to its slow movement, the DM of several districts is intermittently infected, and the death of several government officials-employees including coron, from the corona, is also the reason.

Two PILs in the High Court, one has not heard of the month passed

In the second week of July, in the Patna High Court, advocate Badri Narayan Singh and in the fourth week, a public interest litigation was filed by Shailendra Kumar on behalf of a political party. Neither of these two petitions has been accepted by the High Court for hearing so far.

The first lockdown, ie from March itself, the High Court is hearing the urgent need in virtual mode. Had the court considered it necessary, the dates of hearing would have come. Meaning, so far nothing is happening on the High Court to postpone elections.

Up News: Stf Raid in Meerut and Recovered 35 Crore Books – STF raid in Meerut, 35 crore books recovered, supplies were supplied in these states including Delhi

Election Commission Guidelines for Conducting Elctions during Covid-19 Pandemic Election Campaign and Polling Facilities – Election campaign will be like this during corona epidemic, these arrangements will be done at the voter centers

Election Commission Guidelines for Conducting Elctions during Covid-19 Pandemic Election Campaign and Polling Facilities - Election campaign will be like this during corona epidemic, these arrangements will be done at the voter centers