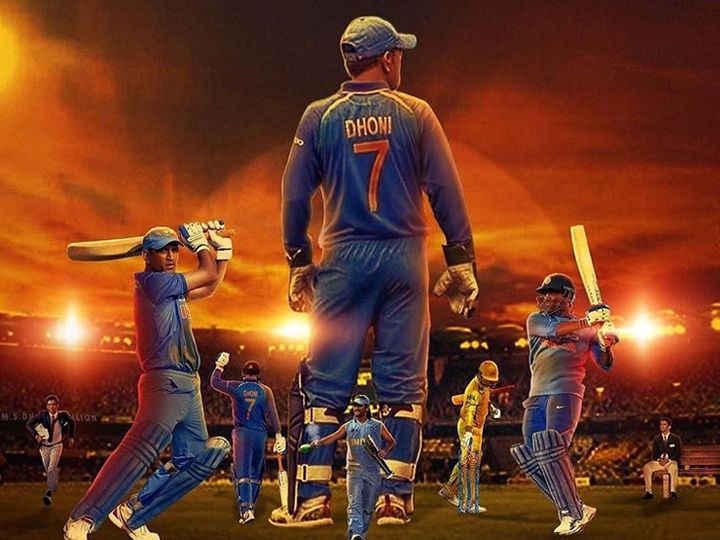 Mahendra Singh Dhoni, a former captain of the Indian cricket team and known as Captain Cool, retired from international cricket on Saturday evening. After which all the Bollywood actors also gave reactions and wished Dhoni for the future. Many celebs from the industry including Anushka Sharma, Anupam Kher, Kamal Haasan, Abhishek Bachchan, Anubhav Sinha gave their reactions.

Ranveer Singh shared some of his throwback photos with Dhoni about his first meeting with him. On the other hand, Anushka Sharma thanked Dhoni for giving never-ending memories. Apart from this, artists like SS Rajamouli, Anushka Shetty, Sunil Shetty, Ritesh Deshmukh also reacted on social media.

This little gem of a photo is one of my prized possessions. It was taken around the year 2007/08 at ND Studio in Karjat. I was about 22 years old, working as an assistant director. I took up this particular job only because the ad film featured the one & only MS Dhoni. I was overworked and underpaid, but I expected care- I just wanted to be in his presence. I was even injured at the time, but I worked through the pain in the hope that as a reward for my sincere efforts, I would be granted a chance to briefly meet MSD and maybe get a photo with him. When I finally met him, I was completely awestruck. He was so humble, so down-to-earth, full of grace and exuded an unmistakable aura of kindness. My love, respect and reverence for him grew even stronger. After I did my first movie, Sapna (who was our common hairstylist at the time) called me one day and said 'hey I know you're a massive MSD fan, he's shooting at Mehboob studio, come & meet him if you'd like '. Man-oh-man! I just dropped everything and rushed to the studio to meet him! He was jovial and warm and praised my performance in BBB. We hung out, I had my cap and jersey signed by him, like a true fanboy. That day, I felt like I was walking on the clouds! Since then, every time that I have the good fortune of meeting him, I am left energized and enthused, as if a big brother has blessed me with energy and motivation to go out and be the best that I can be. ?? MSD is one of the greatest sportsmen to have ever lived. Attacking lucky to have witnessed his playing career in my lifetime. A paragon of excellence. An icon of the sport. My hero forever. ? Thank you Mahi Bhai for bringing glory to our great nation and filling a billion hearts with pride. MS #MSD the #GOAT ? 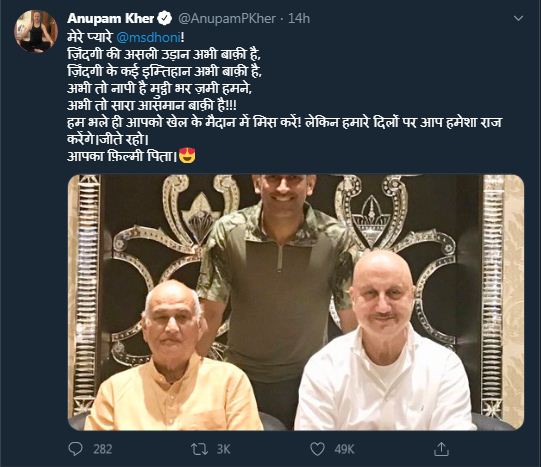 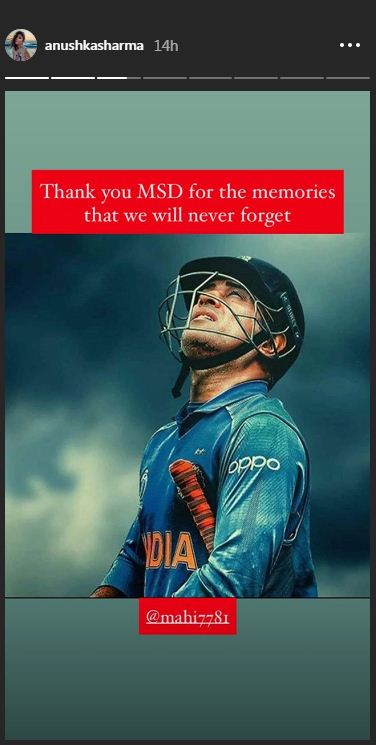 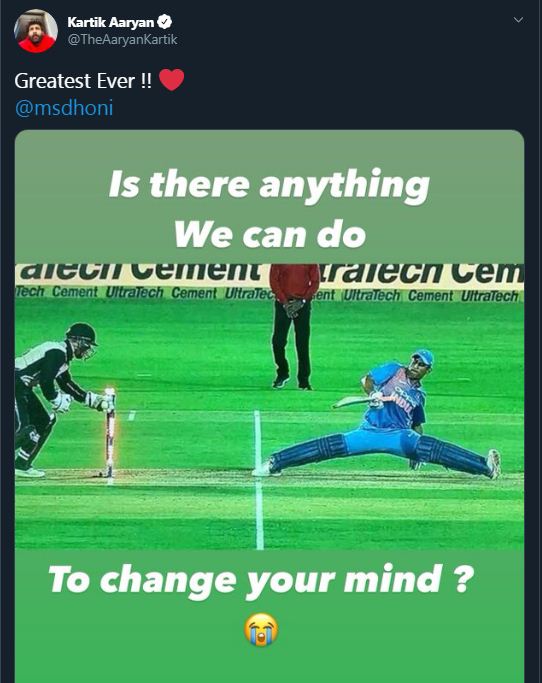 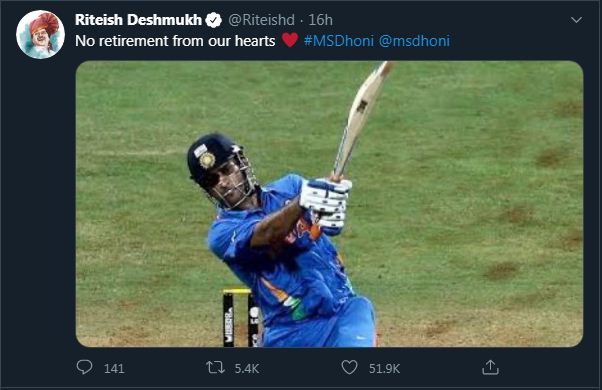 Dear @msdhoni Thank you for demonstrating how self-belief can help achieve in sports and life. Rising from a small town to being the hero of the nation, your calculated risks and calm demeanor will be missed by Team India. Glad that your love story with Chennai continues.

Latest News Updates Afghanishtan; In blow ahead of talks, Taliban refuses to recognize Afghan Afghan | The Taliban said – do not believe in the Afghan government; Peace talks only when Islamic government is discussed in the country