CCTV Video; Brave Girl Fight Off Bag Snatchers in Jalandhar | This 15-year-old daughter of Jalandhar, who fought a mobile phone, fought a lot, did not leave Japatmar with the help of a handgun. 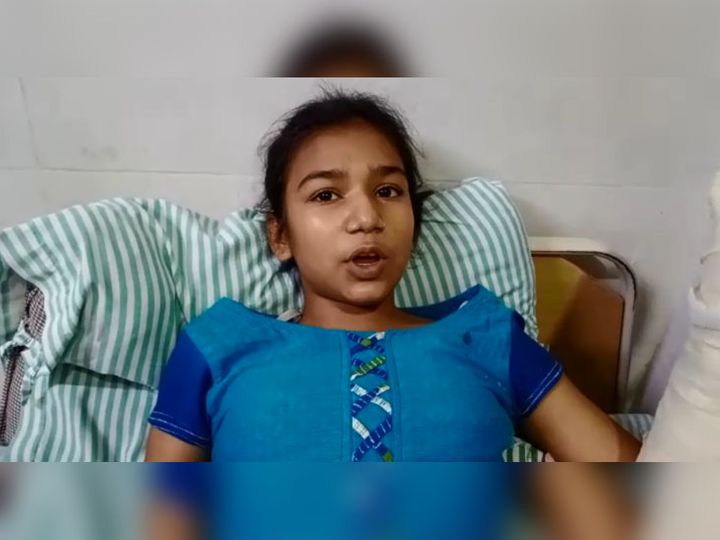 15-year-old Kusum, admitted to Joshi Hospital in Jalandhar, fought the flames with bravery.

The story of the bravery of a 15-year-old girl in Jalandhar has been revealed. The case is about an attempted mobile snatch on Friday. As the two bike riders tried to escape by snatching the mobile, the girl grabbed a crook sitting behind on the bike. Once managed to get rid of, but he again grabbed. However, during this time, the crook also attacked the girl with a pass. Despite this he did not leave her and by then the people around reached. This entire incident has been captured in CCTV cameras. Everyone who saw this video, everyone is seen praising this brave girl. 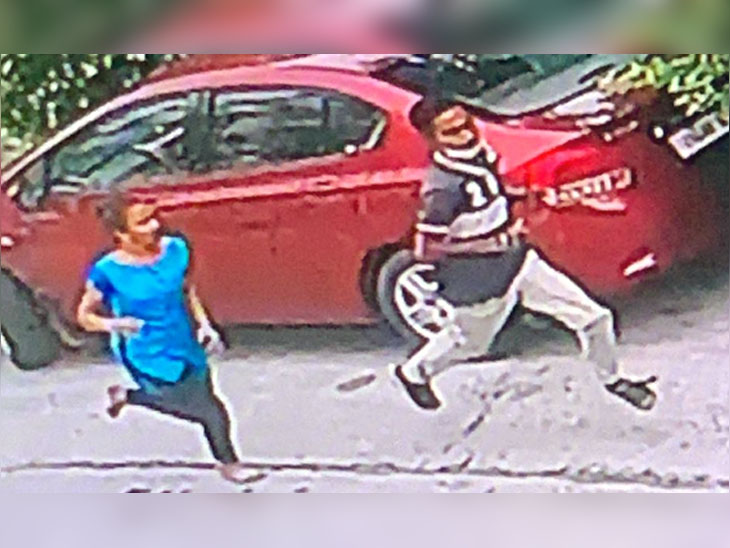 Kusum ran after the crook after snatching the mobile.

15-year-old Kusum told that she was going home after studying tuition. As he took out the mobile phone from the bag and dialed his father's number, two robbers who were riding on the bike tried to snatch the phone. When Kusum did not leave the phone with his hand, the crooks dragged him away with a motorcycle. Later a robber spoke on his neck, but he fell on his arm. Despite this he neither left the mobile phone nor the accused. 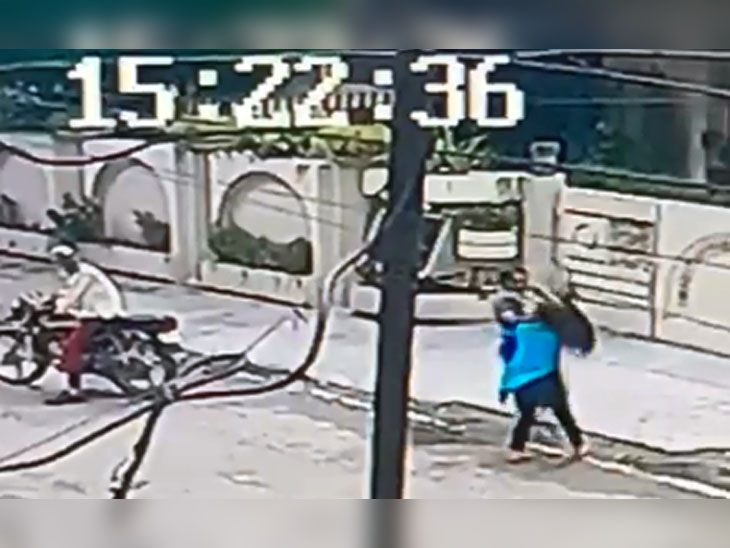 Kusum scuffles with the crook after being pulled from the bike.

It can be seen in the CCTV footage that Kusum brazenly grabbed a robber sitting on the motorcycle and pulled him to the ground. Seeing this, the robber got nervous and stabbed the girl on his neck to get himself released. Incidentally, this blow was on Kusum's hand. Despite being injured, he did not leave both the mobile phone and the crook. People in the neighborhood also gathered there. They immediately caught the robber and later handed him over to the police. On the other hand, Kusum has been admitted to Joshi Hospital. 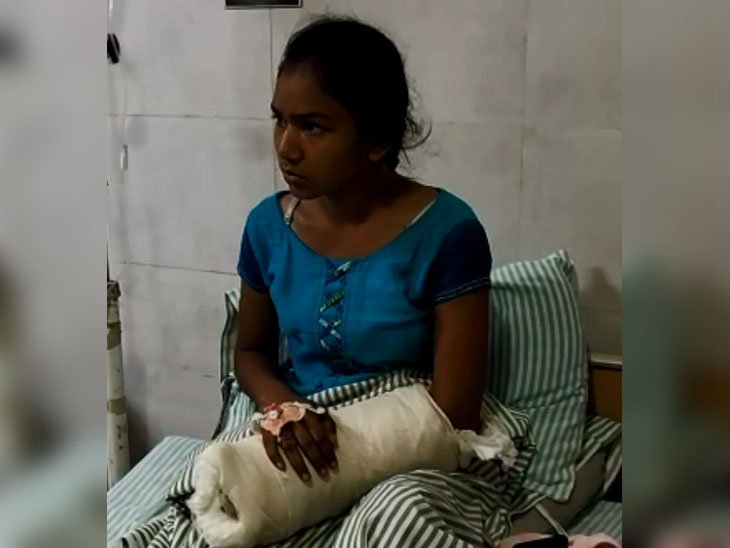 Plaster made on the wound caused by the feathers of the sickle.

The police have started taking action to record the statement of the injured Kusum after taking stock of the spot. Jatinder Sharma, in-charge of police station, said that the injured Kusum is undergoing treatment. At the same time, a boy named Ashu who was caught due to his bravery has been arrested. A case under Section 379, 34 of the IPC is being registered against him and a raid is being conducted in search of another accused.