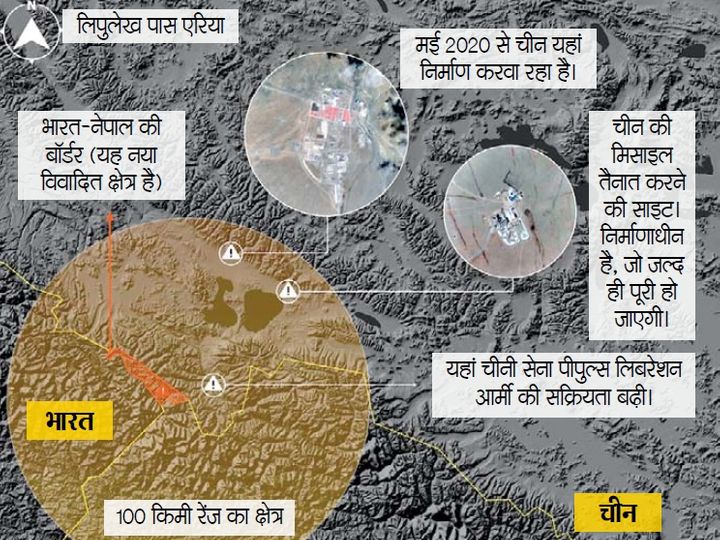 China is preparing to deploy missiles about 90 km from the Indian border. Satellite photographs have shown that China is building the site of ground-to-air missiles on the shores of Lake Manasarovar near Mount Kailash. Construction of the site began in April, which is now nearing completion.

According to sources, this is a conspiracy of China. He wants to end the sanctity of the mountain by encircling a religious place like Kailash-Mansarovar with the military. He is doing so after the tension in Ladakh. China has also built this site in protest against the construction of road in the script by India.

India had built an 80 km long road at an altitude of 17 thousand feet.

India had built an 80-km road near Lipulekh to go to Kailash Mansarovar, located at an altitude of 17,000 feet. Pictures from the satellite showed that China was preparing to deploy the HQ-9 missile on the banks of Lake Mansarovar. These will be medium range missiles. China is also deploying AT-233 radar system here.

This makes the missile fire system work. Apart from this, Type 305B, Type 120, Type 305A, YLC-20 and DWL-002 radar systems are also being installed. All of these help track and eliminate targets. According to experts, the Chinese Air Force wants to monitor Indian borders and respond to the Indian Air Force. Therefore, China is doing such acts to hurt Indian religious beliefs. Tension is currently going on between India and Nepal over the script. China wants to take advantage of this tension.

China's open source intelligence Twitter user @detresfa tweeted a satellite image. Wrote – 'In Lipulekh is building missile bases in the Tri-Junction area. There are deployment of troops there. Activities of the People's Liberation Army (PLA) of China have also increased in the area of ​​100 km. The PLA had earlier made a small temporary residence for the pilgrims here. Hotels and houses are built here. But in the last few months a highway, new hotels and new buildings have been built here. '

China has deployed the bomber aircraft H-6J in the Paracel Islands of the South China Sea. Vietnam has reported this to India. The issue came up during the meeting of Vietnam Ambassador Pham Sanh Chow with Foreign Secretary Harsh Vardhan Shringla. The two were discussing the watershed with the presence of Oil-Natural Gas Corporation's oil exploration project.

Foreign Ministry spokesman Anurag Shrivastava tweeted and informed about the meeting. China deployed the aircraft in the islands this month. According to Chinese government media, China did this so that its military could control the US military activities in the region. Vietnam makes its claim on Paracel Islands.