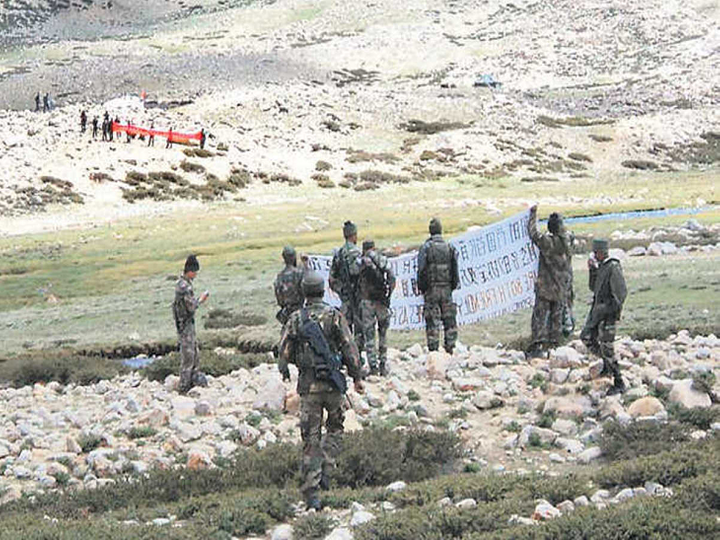 On June 15, 20 Indian soldiers were killed in a clash between India and China in Galvan. (File photo)

The Chinese military is not serious about resolving the border dispute in eastern Ladakh. The ongoing military talks with China have resulted in a deadlock. Because the Indian Army is insisting that the People's Liberation Army (PLA) of China should restore the situation in April, so that the tension that has been going on for more than three months is over. Government sources gave this information.

Sources said that the Indian Army has categorically told the People's Liberation Army of China that the 'shifting' of the Actual Line of Control (LAC) is not acceptable. Due to the strong response of the Indian Army, the PLA is facing unexpected and unintended consequences of its wrongdoings. It is looking for 'face-saving exit strategy'.

Another source said that China is only resorting to evasive tactics. He is not interested in finding a solution to the border deadlock.

India-China talks again on Thursday amid the border dispute in eastern Ladakh. Officers of the joint secretary level of both countries attended the 18th meeting of the Working Mechanism for Consultation and Co-ordination (WMCC).

Need peace in the border

Foreign Ministry spokesman Anurag Shrivastava said in a press conference on Thursday evening that both countries agreed to complete complete disengagement and issues. Both countries believe that there is a need for peace along the border to improve mutual relations. It was also decided that further meetings would be held.

The disengagement of troops was formally initiated on July 6, a day after the July 5 talks between National Security Advisor Ajit Doval and Chinese Foreign Minister Wang Yi. However, the process did not proceed since 15 July.

Sources said that the PLA has retreated from Galvan Valley and some other places, but there has been no withdrawal of troops from Pangong Tso, Depsang and some other areas. In five rounds of commander-level talks, the Indian side is emphasizing the immediate resumption of Chinese troops in East Ladakh as before April.

China is not retreating from 3 regions

Despite several rounds of talks between the army and diplomatic levels, China is not retreating from the Finger Area, Depsang and Gogra areas of eastern Ladakh. Chinese soldiers have been frozen in the Finger Area for 3 months. Now they have also started building bunkers and building other temporary ones.

On June 15, 20 Indian soldiers were killed in a clash between India and China in Galvan. 40 Chinese soldiers were also killed, but he did not accept it.