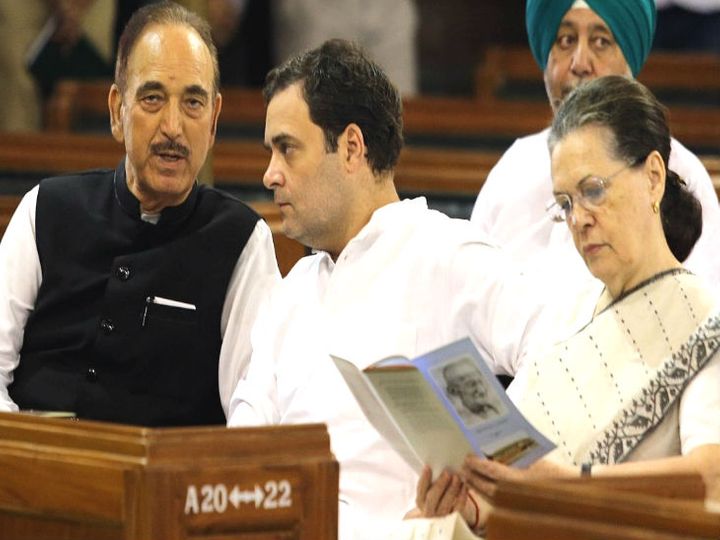 23 leaders, including Azad, wrote a letter to Sonia Gandhi and demanded a change in the party from top to bottom. (File photo)

Leader of the Opposition in Rajya Sabha Ghulam Nabi Azad has once again insisted on holding elections to key posts of the Congress Working Committee and the organization. Azad said on Thursday, “If the elected people lead, it will be good for the party, otherwise the Congress will be sitting in opposition for the next 50 years. It may be that the president who is appointed (appoint) may also support 1% of the people Don't be. “

'Those claiming to be loyal are doing little politics'
Azad also insisted on holding elections to the posts of heads of states, district presidents, block presidents, including the Congress Working Committee. At the same time, “Those who are opposed to holding elections, they are afraid of losing their posts. Those who claim to be loyal are doing little politics in reality. This will harm the party and the country.”

“In the internal election, 51% of the vote wins. This means that the elected president is accompanied by 51% of the people. If the members of the Congress Working Committee are decided by the election, they cannot be removed. What's the problem? “

'Can wait 6 months for new president'
“There is no problem whether Rahul Gandhi becomes the next president or someone else will get the responsibility. If Sonia Gandhi makes me a member in the proposed committee to resolve the issues, I will be happy. I can wait for 6 months for the new Congress president . “

Azad's statement came 3 days after the Congress Working Committee (CWC) meeting. In the CWC meeting held on Monday, the resolution was passed and appealed to Sonia Gandhi to remain the interim president till the conditions are called for the session of the All India Congress Committee (AICC).

Azad had said – I will resign if Rahul's allegations are proved
Azad is among the 23 leaders who wrote a letter to Sonia Gandhi, demanding a change in the party from top to bottom. It was revealed in the CWC meeting that Rahul Gandhi accused the leaders of writing letters of complicity with the BJP. On this, Azad said that if the charges are proved, he will leave the party. However, later clarified that Rahul had not said anything like collusion.

1. Congress Working Committee meeting: Now Sonia will be the interim president, said – go ahead, people who wrote letters, no ill-will for them

2. 23 leaders including 5 former CMs of Congress wrote a letter to Sonia, saying – change in the party from top to bottom is necessary

3. Ghulam Nabi Azad said- What is the big deal in this letter leaked, it is not a secret, there is a demand to make the party active and strong.