The industrial work has come to a standstill due to the corona and lockdown. However, shooting has now been allowed. But in the last five to six months, the industry has lost about 10 thousand crore rupees. This is to say that of film critic and trade analyst Komal Nahata who is called the Authentic Insider of Bollywood.

In a conversation with Dainik Bhaskar, he told that the turnover of the box office from 5500 crore to 6000 crore comes in just one year. At the same time, 8000-9000 crores are received from satellite and OTT rights. While Music World has a share of 300-400 crores. Nahata explained in detail the loss of the film industry. A calculation on what he said:

Theaters have been closed since March. Due to this, the industry has a loss of 3000 to 4000 crores at the theatrical ticket window ie box office. Films are going on direct OTT. In such a situation, the satellite makers are paying less to those makers who are bringing their films on OTT. He argues that the films were not released in theaters. In such a situation, there is no ringing in the public.

Therefore, the satellite on its platform will have to promote the films themselves. In such a situation, the satellite has deducted the amount of promotion expenses from the account of the makers going to direct OTT. Anyway, a lot of producers' films have not yet appeared on OTT. Everyone is waiting. In this way, there is a loss of a quarter to four thousand crores due to the clutches of satellite and OTT. 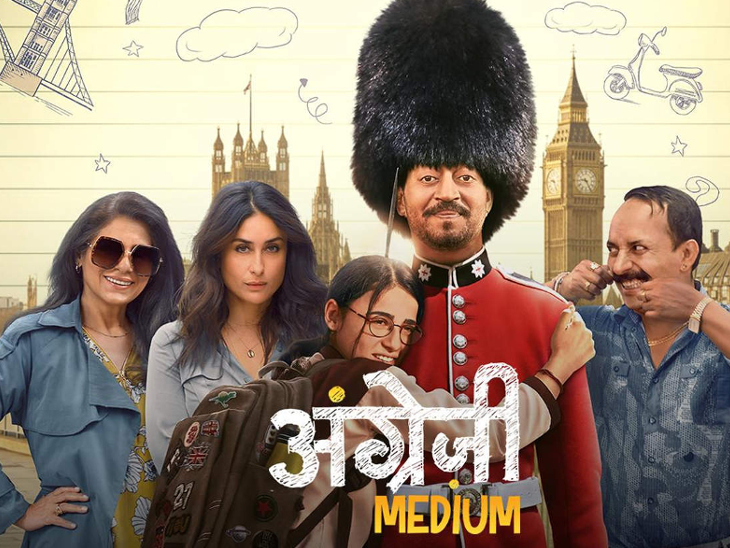 Irrfan Khan, Kareena Kapoor and Radhika Madan starrer 'English Medium' was the last movie released in theaters before the lockdown, which grossed a mere Rs 9.36 crore.

So far, only 15 to 20 films have been traded on OTT. Among them 'Gulabo Sitabo', 'Dil Bechara', 'Shakuntala Devi', 'Raat Akali Hai', 'Lootcase', 'Yara', 'Me Raqsam', etc. have been released. 'Lakshmi Bomb', 'Bhuj: Pride of India', 'Sadak 2' and other films are yet to come. Talking about the new lot, the 'Coolie No.1' deal has been made for OTT in the big budget.

45 films were announced, but could not be made.

The sad part is that many big projects could not be started, from which the industry had high expectations. For example, 'Kick 2', 'Dostana 2', 'Takht', Sushant Singh Rajput's film with Rumi Jaffrey and Hirani's project with Shahrukh.

Not only this, Rohit Shetty would have started his 'Golmaal 5' or 'Ram Lakhan' after releasing 'Suryavanshi' in April in the big budget league. If medium and small budget films are included, then about 45 to 50 films could not go on floor even after being announced. 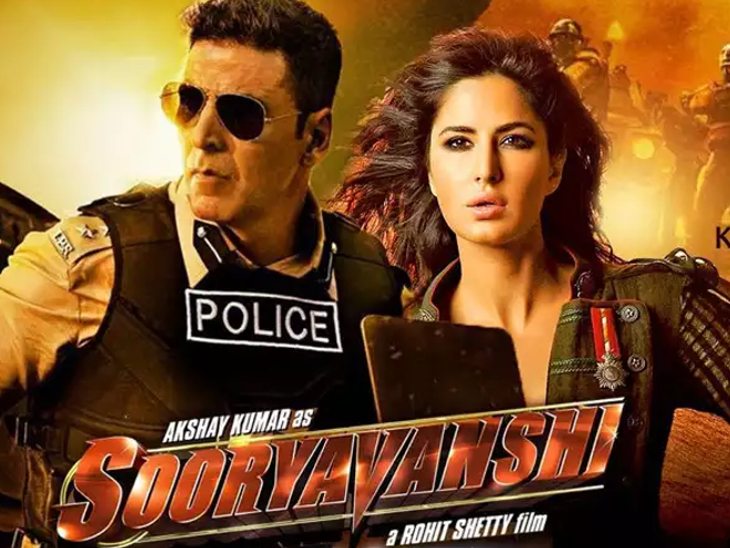 The release date of Rohit Shetty's Akshay Kumar and Katrina Kaif starrer 'Suryavanshi' has been changed twice. It was earlier scheduled to be released on 22 May 2020. But to avoid the confrontation of Salman Khan's 'Radhey', it was pre-pondered and shifted on March 12. However, due to the corona virus and lockdown, it could not be released. It is now discussed that the film may be released in theaters on Diwali or on the OTT platform.

The situation ahead is also blurred

Slowly everything is unlocking. Actors like Akshay Kumar, Aamir Khan have also started shooting. But most of the stars will stay two to four months even after the situation is normal. That is also why many of these scripts are set in Heart-land. It is difficult to start shooting there early.

The release date of other big budget films including 'Radhe', Suryavanshi, '83', 'Lal Singh Chadha', 'Maidan', 'Gangubai' will continue to be pushed forward. There is a great possibility of 'Radhey' that he will come on the next Eid. One thing is worth noting. That is, due to the films which have gone on direct OTT, the total business of cinemas has ended for twenty weeks.

That too when 15 to 20 films have gone on direct OTT. It is frightening. Many cinemas have been permanently closed. 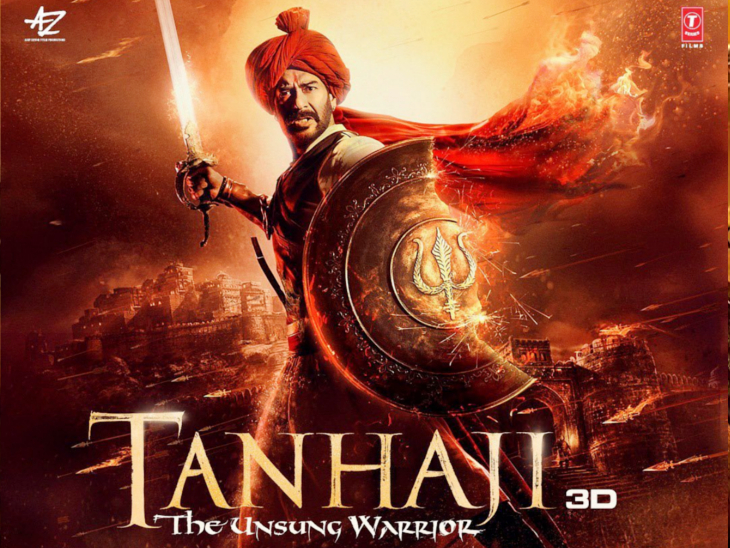 Ajay Devgn starrer 'Tanhaji: The Unsung Warrior', directed by Om Raut, is the only film of this year that crossed the Rs 100 crore mark. The film collected around Rs 279 crore at the box office.

Talking of 'Suryavanshi' and '83' alone, the cost of both films is 200 crores. The makers of these two films will have to pay an interest of more than Rs 35-35 crore from March-April so at the rate of two per cent. Like these two films, the interest rate meter is on on other films coming this year. It is understandable how big the amount is.

Government will have to give relief package

The production and exhibition sectors have suffered losses due to the corona and lockdown. Actors, technicians, poor junior artists and dancers etc. have also suffered heavy losses due to the work being stopped on most projects. The daily wage laborers of the industry are even here to eat.

Talking about PVR alone, it costs a monthly fund of Rs 15 crore to operate all PVR chains. In such a situation, the total burden of Rs 75 crore in the last five months is on the PVR Cine chain alone. This type of expenditure is also for the single screen ones. In such a situation, the government will have to bring a relief package for this industry. Otherwise 20 percent of theaters will never open.

Loss of reputations in thousands of crores 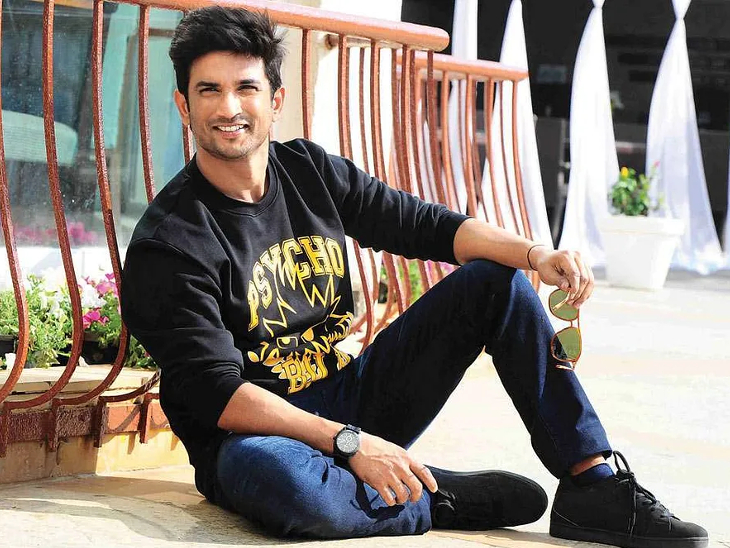 Sushant Singh Rajput was found dead in his flat in Mumbai on 14 June 2020. Initial investigations revealed it to be a suicide due to depression. After this, some Bollywood celebs and social media users, including Kangana Ranot, had blamed the nepotism and campuses spread in Bollywood for her death. However, Sushant's father KK Singh later accused Sushant's girlfriend Riya Chakraborty of instigating the son to commit suicide. The CBI is investigating the case.

A dirty image of industry is being created in the minds of people that there is money from the underworld. Stars and makers make a lot of manipulations to make films. This has created a negative atmosphere towards the industry. I have never seen such a bad situation of the industry in my career till now. It takes decades, hundreds of years to become a reputations. But not even a few minutes to disintegrate. Today, the industry is on the verge of disintegration due to just a few insiders and social media trollers.