Coronavirus Infectious Disease (COVID-19) Vs Tuberculosis Death In India | How Will The Tuberculosis (TB) End? All You Need To Know | Registration of TB patients decreased by 25% in 6 months due to corona, patients are not getting medicines and doctors also 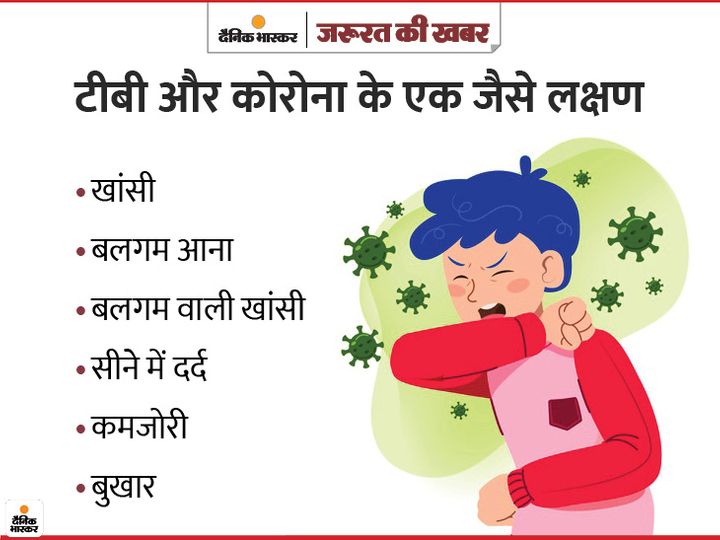 From Deutsche Valle. When India came under lockdown to control the corona, many people became unemployed overnight. One of them is Brajesh, who lived in Delhi. Brajesh had to take a difficult decision whether to go to the village or stay in Delhi.

Actually, Brajesh was undergoing treatment for TB in Delhi. But when there was no way to go to the TB center due to the lockdown, he tied his bag and went towards his village. His village is in Darbhanga in eastern Bihar, 1,100 km from Delhi.

44-year-old Brajesh, who works as a scrap man on the outskirts of Delhi, is still in his village. Talking to Reuters, he says, “The lockdown stopped everything, there was no guarantee that I would get my TB medicine. I had very little savings. I started worrying that my wife and daughter What will I feed. So I hurried out of Delhi. “

Corona most affected by TB patients
The epidemic has had the greatest impact on the care of TB patients. The Union Health Ministry says that between January and June, there has been a decrease of 25 per cent in the registration of new cases of TB. This lack is attributed to lack of proper care and health services. Health experts are worried that this may derail India's goal of completely eradicating TB by 2025. The goal is to eradicate TB by 2030 globally.

India ranks first worldwide in terms of the number of TB patients. So it was difficult in front of many people like Brajesh. The World Health Organization (WHO) says that in 2018, one crore people worldwide had TB, while 1.5 million died. Of these, 27% of new cases were reported in India, while the death toll from TB in India was around 45,000.
Also tried for TB test with Kovid

Victims are saying that medicines were not found
Jeninder, who suffers from TB, says he has not been provided medicines at home, but his treatment has not been affected due to the lockdown. Manju, 32, says she has to resume her medication, as she was unable to take medicines for two weeks due to the lockdown. She lives in Lakhimpur Kheri, Uttar Pradesh. There was no means of coming in, and the police were also beating when they got out. “

A 70-day strict lockdown was imposed in India in late March, making it difficult for millions of TB patients in India to get medication, see a doctor, and get treatment. Health officials say that the corona epidemic has already made the situation worse for India's health system under burden. Most health workers and medical services were involved in preventing corona, so there was no one to care for TB patients.

Although the lockdown was relaxed in June, people are still afraid of going to hospitals or not being allowed to come there. There is a shortage of staff in many hospitals, and in many places it is difficult to differentiate between Kovid-19 and TB disease.

Actually, in both corona and TB diseases, cough, cough with sputum, chest pain, weakness and fever are reported. Chappal Mehra, associated with Survivors Against TB, says, “The first one or two months there was a lot of confusion in Kovid-19 and TB. This epidemic has again told us that our health care system is facing such crises. Is not ready.