Dead Body Of Minor Found In River After Two Days In Uttar Pradesh Bhadohi District | The body of a 17-year-old girl found in the river at Bhadohi; Half of the body was burnt by acid, fear of murder after rape 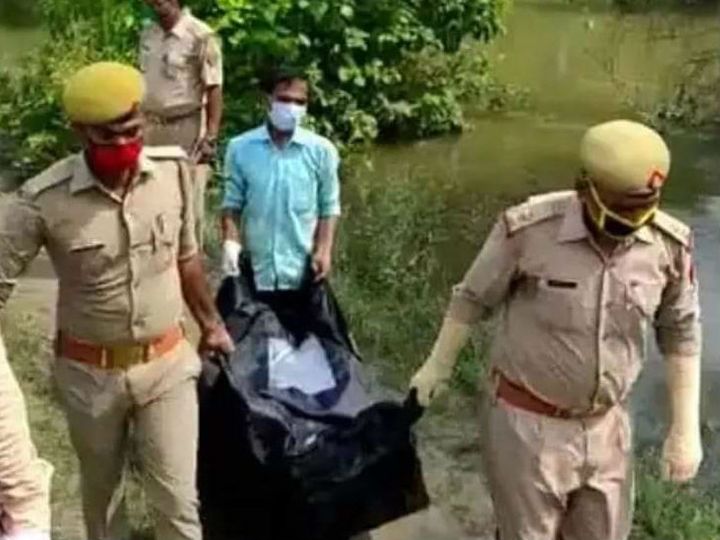 This photo is from Bhadohi. The body of the teenager was recovered from the Varuna River. The body has swollen due to being in the water.

A case of murder of a 17-year-old girl has been reported in Bhadohi district of Uttar Pradesh. The body was burned with acid to hide the identity. The family feared murder after the rape.

On Wednesday, the girl's body was found in the Varuna River. The family identified the teenager with jeans. She was missing since 17 August. SP Ram Badan Singh said that 4 teams have been engaged for investigation.

Teenager goes missing as soon as her younger sister comes home
In a village in Kotwali area, the girl was grazing a buffalo along the river with her 10-year-old younger sister on Monday evening. The younger sister went home for a while. When she returned, she did not have an older sister by the river. He searched around, but nothing was found. When he came home and told him, the family complained about the two people in Kotwali.

Could not know how the murder happened
The police questioned both the accused in custody, but no concrete clue was found. Both were released on 18 August. On the morning of August 19, the half-burnt body of the girl was found in the Varuna River. The face was burnt. The clothes were messy. The body was swollen due to being in the water, so it was not known how the murder took place.

The family arrived at the information of the police. He identified the daughter after seeing the jeans. People are angry with the incident. People blocked the road near Bhadohi-Jaunpur main road. The family feared murder after the rape. It also said that to hide the identity, an attempt was made to burn the body with acid.

SP Ram Badan said that after the postmortem report comes, the cause of rape and death will be known. The accused will be arrested soon. Four teams have been formed including Crime Branch.