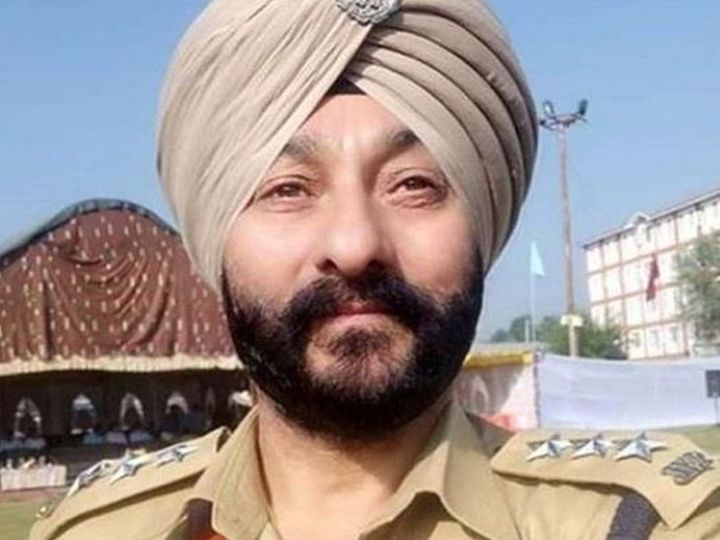 Devinder was arrested on January 11 this year along with Hizbul Mujahideen's most wanted terrorist, Naveed Babu.

The suspended DSP of Jammu and Kashmir, Devinder Singh, was tasked by the Pakistani handler to make contacts in the Ministry of External Affairs to carry out espionage. The National Investigative Agency (NIA) has stated in its charge sheet that Devinder Singh, posted in the sensitive anti-hijacking unit of Jammu, was associated with Pakistani handlers even when he was repatriated to Pakistan from the Pakistan Embassy in Delhi.

Devender had saved the numbers of these handlers in his mobile name as Pak Bhai. The NIA has filed a 3064-page chargesheet in the Special Court of Jammu in Jammu and Kashmir for providing support to the terrorist organization Hizbul Mujahideen. The NIA had filed a case against Devinder Singh and five others under the PMLA.

Devinder was tasked to give information about the VIP movement.

Devinder was arrested on January 11 this year along with Hizbul Mujahideen's most wanted terrorist, Naveed Babu. Naveed, a resident of Shopian, was in the Jammu and Kashmir Police before becoming a terrorist. Also with Devinder was another terrorist Rafi Ahmed, who was in Hizbul along with Naveed. The third was Irfan Ahmed, who is a lawyer by profession. According to sources, Irfan visited Pakistan 5 times and when Irfan was caught, he also got his passport with him.