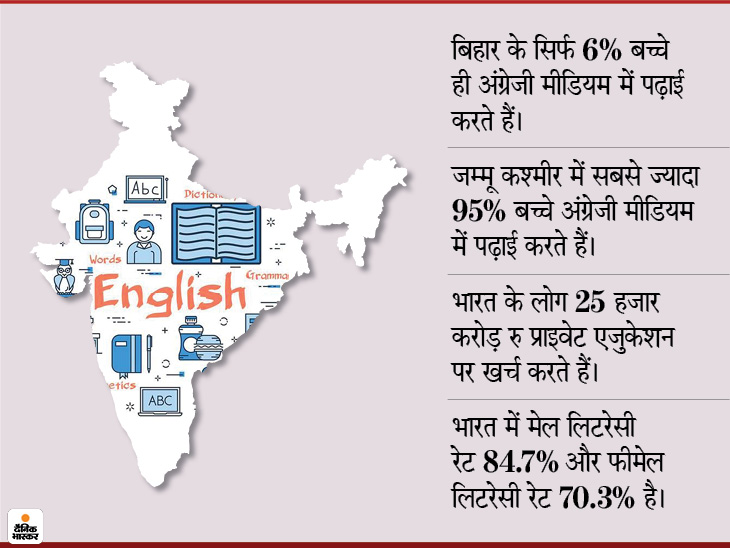 The Central Government has recently issued a new education policy. Many major changes have been made in this from school education to higher education. Now instead of 10 + 2 formula for schooling, a pattern of 5 + 3 + 3 + 4 will be adopted. By the fifth, children will study only in the mother tongue or regional language.

Students will get many options to choose a favorite subject. For which debate is going on all over the country. Meanwhile, the National Statistical Office has also released a survey report on education. The survey was done during 2017-18. In this, there has been talk of a gap on education at a large level and inequality between different social groups. 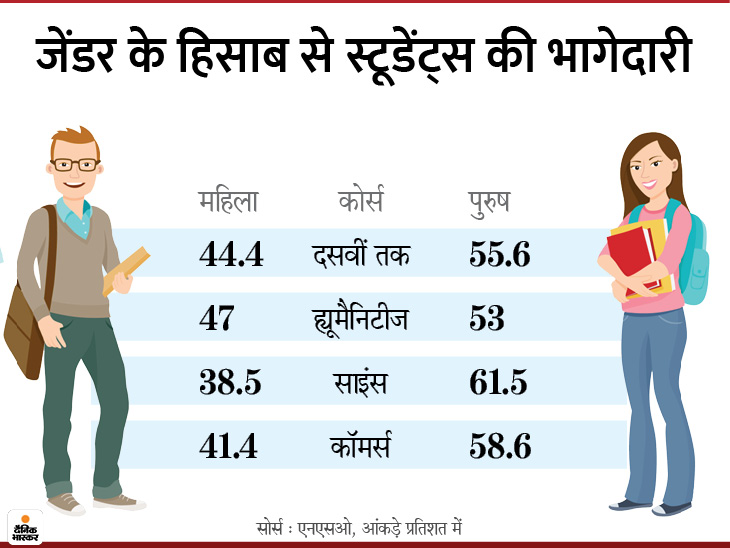 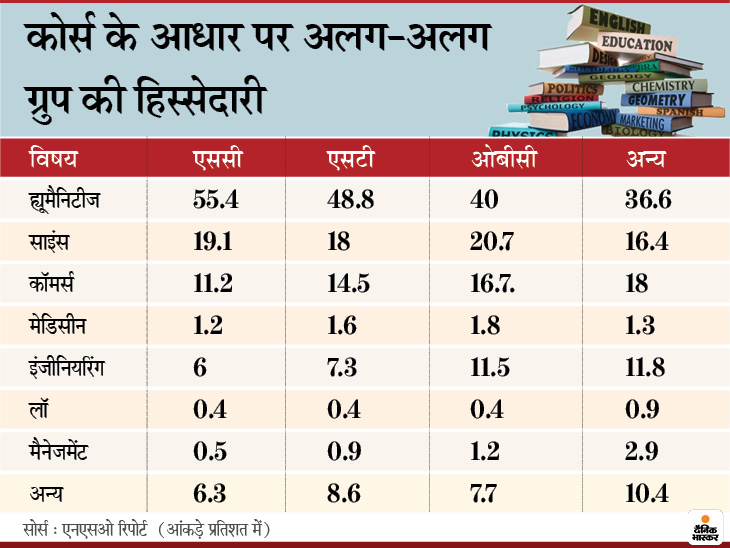 The figure of those studying in English medium is in the favor of Muslims. According to the report, 10 out of the 20 major states of the country have more Muslim class students. 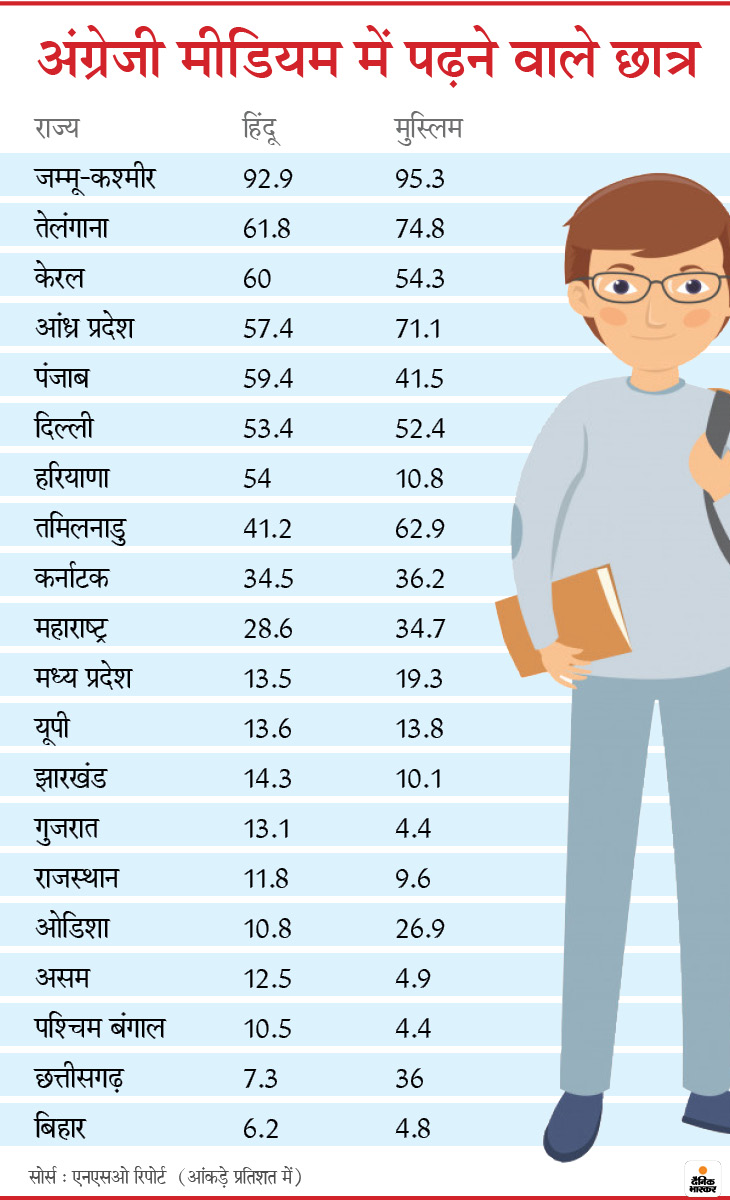 Most children of the Muslim class attend madrasas. There instead of English Medium, studies are conducted in Arabic or local language. Therefore, after this data, it can be said that the trend of Muslim students has now shifted towards modern education. 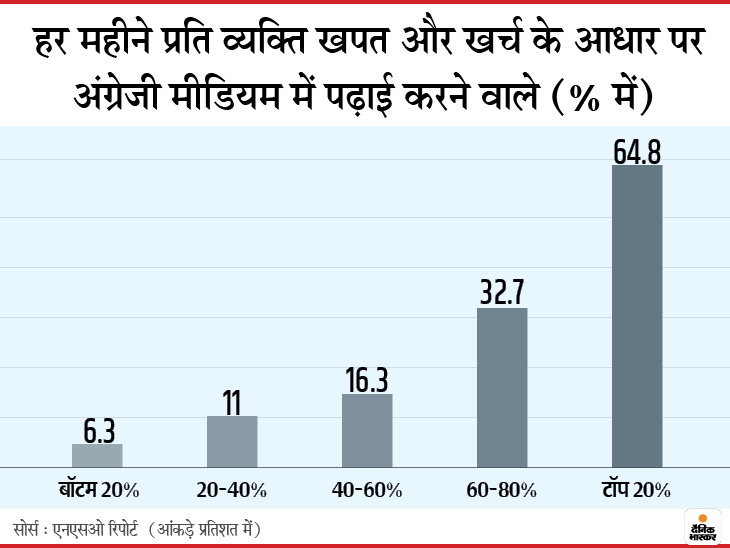 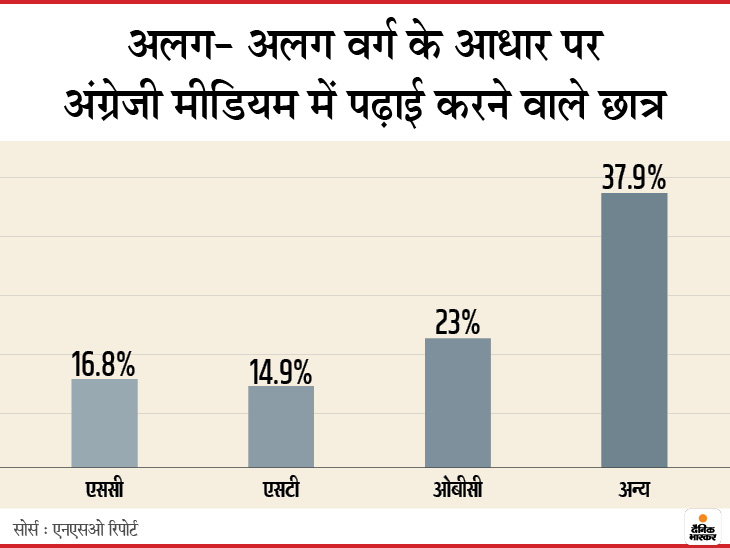 At the same time, the top 20 rich class students study more law than the bottom 20 poor class students. Students of general category study 6 times more management than ST class. The number of girls studying in English medium is less as compared to boys. Most girls study humanities, more than men. 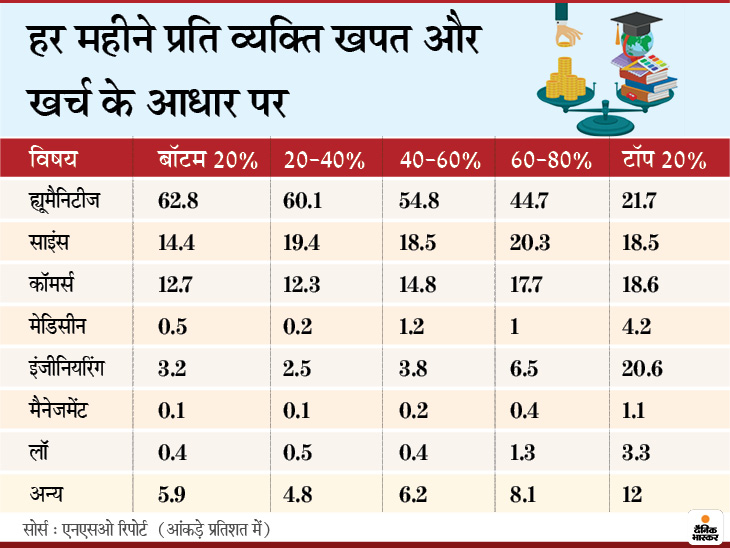 According to the report, people of India spend about 25 thousand crores on private education. It does not include coaching fees charged for professional exams. This is just the primary to higher secondary school fees. This is more than one-third of the budget released by the central government.