Tathagata Barod, a resident of Chhapari village of Kalapipal tehsil of Madhya Pradesh's Shajapur district, is an engineer as a degree but has now become a farmer by profession. He did his B.Tech from Maulana Azad National Institute of Technology (Manit) Bhopal and then from IIT Bombay, after choosing a career in farming and started organic farming instead of working in a multinational company. Tathagata says that he did not even make a resume after doing his masters, because he had already decided that he had to do farming.

They have been doing farming for the last three years. Along with farming, they also do animal husbandry and organic manure. He has also started a cow shed. Where there are currently 17 cows. From whom they prepare milk and products made from it. He has also set up a Gobar gas plant, from which gas runs his household work, cooks food. They use manure prepared from cattle dung and urine in their fields, they do not have to buy manure from outside. 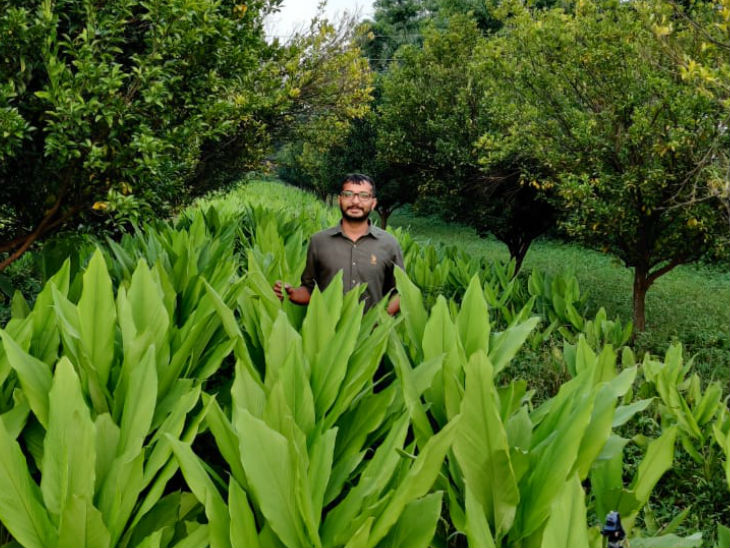 Tathagata's father is a doctor but is associated with village and society, his uncle is associated with farming. That is why the trend of Tathagata was also from the beginning. He took a one-year break after engineering from Manit in 2012. They call it a career drop. He went to many places to visit, met village farmers and learned about farming. During this time he started a little organic farming and also sold vegetables by planting carts. After that he felt that why not do a little more study in this field and start farming in a better way.

He then prepared for GATE and enrolled at IIT Bombay. From there he did a Masters in Technology and Development in Rural Areas. He returned to the village after a passout in 2016. 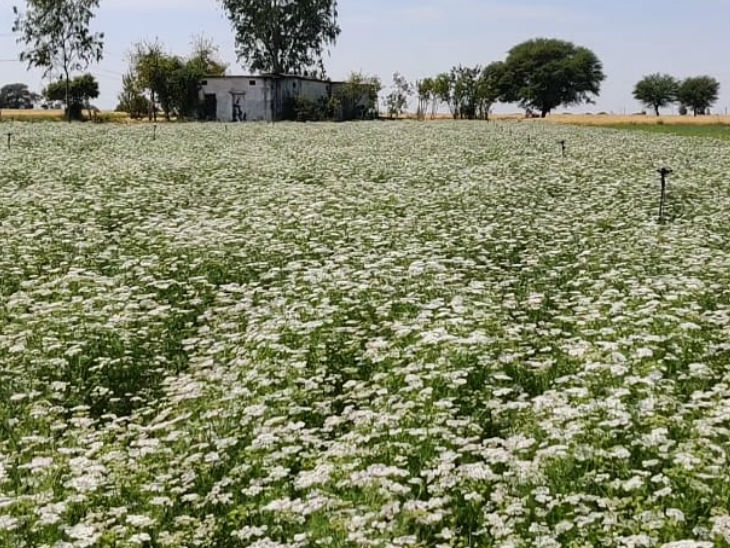 Tathagata started farming on a small amount of land. Today they are cultivating 18 acres of land.

He used to tell the village farmers about organic farming. The villagers used to listen to them but they were not ready to do that. Actually they did not want to take the risk. Then he decided that he would have to do this work and started working as a profession to farming. He first started cultivating organic wheat on some land.

He explains that after production I told my acquaintances about it. After which they started demanding it from me. Gradually our scope and crops started growing. The Tathagata has so far reached about 140 families. They make products for their house. Further, they intend to reach the kitchen of more and more families.

They say that I want none of my customers to go anywhere else for anything. All the needs of his kitchen, everything from spices to vegetable ration, I can fulfill. So I created a WhatsApp group of all 140 people named My Family Farmer. We try to supply everything they need. 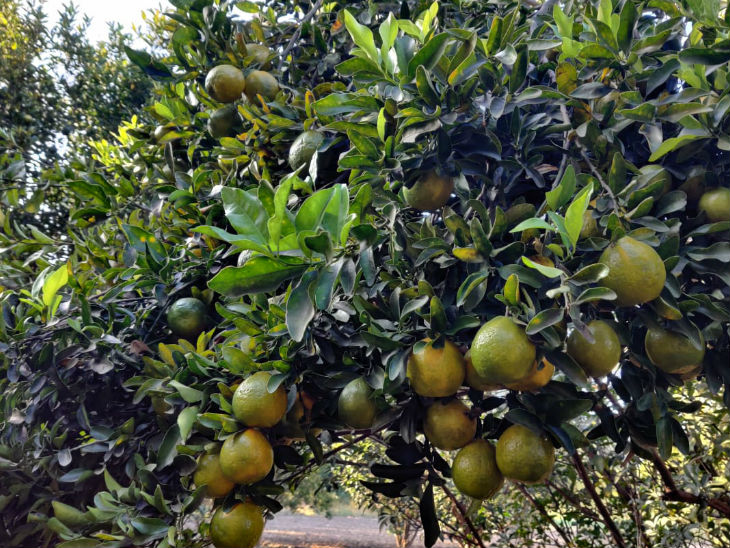 Tathagata also grows fruits and vegetables. They say that they want to meet every need of a common family kitchen.

Today Tathagata is growing about 17 crops on about 18 acres, including crops like Moringa, Amla, Turmeric, Ginger, Lemon Grass and Chana. When asked about the income, he says that he earns about 50 thousand rupees per acre per year. That is, they are earning up to 9 lakh rupees a year.

They do not sell any of their crops in the name of organic. They sell their product directly to customers. He told that the price of coriander in the vegetable market is still 250 rupees per kg. They are also selling at the same price. They have removed the middlemen and by this they themselves are getting all the money for their hard work. 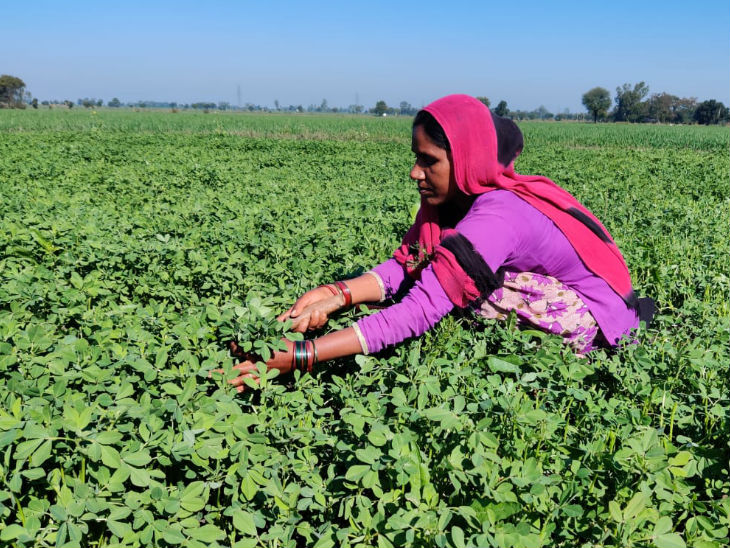 Today Tathagata is growing about 17 crops on about 18 acres, including crops like Moringa, Amla, Turmeric, Ginger, Lemon Grass and Chana.

Along with the production of the product, they are now also processing and packaging it. They pack things like coriander powder, turmeric powder, cumin powder, fennel and deliver it to the customers. Tathagata says that 10-12 people have contacted him after the lockdown. Now they do not want to go out and work. They now want to do farming only by staying in the village.

What to do if someone wants to start organic farming

Tathagata says that if someone wants to do organic farming, then instead of the entire land, start organic farming from 10 percent land and do traditional farming on the remaining land. So that even if the experiment is not successful, we will have back support. 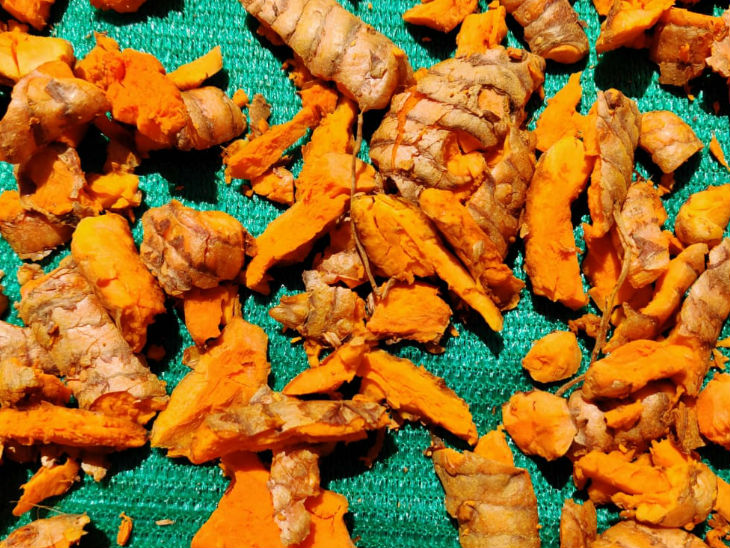 They do not sell any of their crops in the name of organic. Rather, they have adopted the model of connecting directly with customers.

For this, firstly in the area where you want to cultivate, survey should be done in which season, which crops are there and how much is their demand. One thing we must remember is that the more variety we have, the more the demand will increase.

Therefore, we should cultivate as many varieties of turmeric, ginger, coriander as possible. The biggest advantage of doing this is that we do not have to work hard to absorb our product. Because these are the products that a common family needs. After this, the scope should be increased gradually. As demand increases and people join, our market will grow. 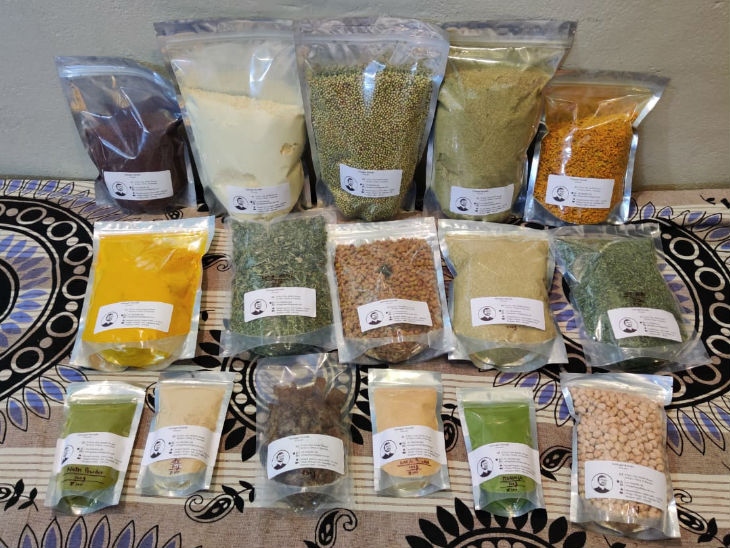 Along with the production of the product, they are now also processing and packaging it. They pack things like coriander powder, turmeric powder, cumin powder, fennel and deliver it to the customers.

What will be needed initially

We need some land to start farming. Can be hired if not own. Also, there should be water for organic crop seeds, organic manure and other farming equipment like tractors, pesticide machines and irrigation.

How to prepare customers

They say that social media is the biggest platform for marketing in today's time. I have not given any advertisement to develop my customer. It was through social media that I got my market ready by talking to more people and I started getting responses.

1. Leaving a package of 15 lakhs in private bank and started organic farming, today we are cultivating 12 acres, earning 1.5 lakhs from every acre

2. Years ago, he quit the US job and opened a dairy in the village, 15 million rupees annually from the production of organic milk. Earning money

3. Studied B.Tech, then found the business idea on YouTube, now earning one to one and a half lakh rupees a month by making earth manure

4. Work started at Rs 3500 reached 2 crores, there was no capital, so chose a work that has no cost