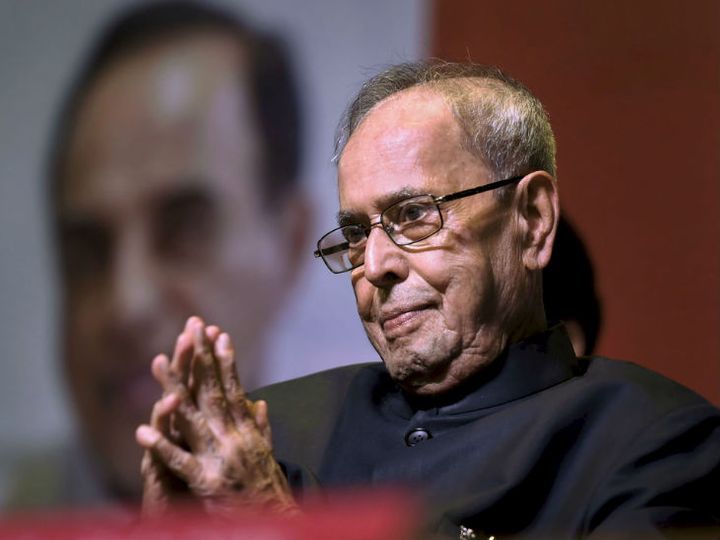 The condition of former President Pranab Mukherjee is improving. His son Abhijeet Banerjee tweeted on Wednesday, 'My father's condition is now stable due to your prayers and efforts by doctors. His body seems to be improving. I request you to wish him well soon. '

With All Your good wishes & sincere efforts of the Doctors, my father is stable now! His vital parameters continue to remain under control & manageable! Positive signs of his improvement is noticed! I request you all to pray for his speedy recovery! ?#PranabMukherjee

Pranab Mukherjee was admitted to the Army Research and Referral Hospital in Delhi on 10 August in critical condition. Surgery was performed to remove Brain's clot. He is now on ventilator support. His condition was also stated to be stable in the bulletin issued by Army Hospital on Monday.

The tweet itself was information about being corona positive

Pranab Mukherjee himself tweeted on August 10 that he had gone to the hospital for a checkup. Corona was also investigated. The report came back positive. He advised all those in contact with him to undergo tests and isolate himself.

Defense Minister Rajnath Singh reached the Army Hospital on August 10 and inquired about the health of the former President. Rajnath stayed in the hospital for about 20 minutes. At the same time, former Congress president Rahul Gandhi and party spokesman Randeep Surjewala wished Pranab Mukherjee to recover soon.

You can also read these news related to Pranab Mukherjee …

2 . Army Hospital said – no improvement in Pranab Mukherjee's condition, he is on ventilator; Brain clotting operation was done 24 hours ago