Former Australia cricketer and the head coach of London Spirit in the Hundred, Shane Warne made a public offer to MS Dhoni to join his team | After retirement to Dhoni, Warne offered to play in England's Cricket League 'The Hundred', said- I will arrange the money for you 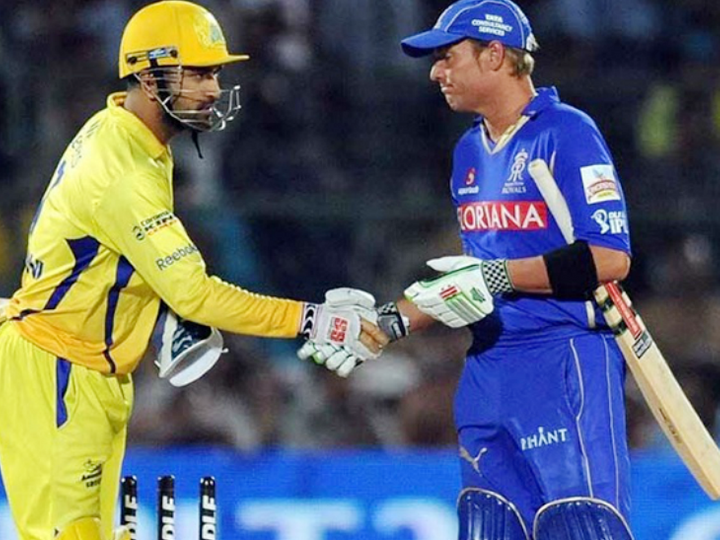 Shane Warne and Mahendra Singh Dhoni have played against each other in the IPL. Warne was both the coach and captain of the Rajasthan Royals in the first season of the IPL. -File

Former Australia leg-spinner Shane Warne has offered Mahendra Singh Dhoni to play for his team London Spirit in England's Cricket League 'The Hundred' (100-100 ball tournament) just hours after retirement. Warne said this during a commentary on the second Test between England and Pakistan on Sky Sports.

“I am thinking that I should convince him to play with my team next year,” Warne said. I will call them and find out if they would like to play at Lord's. I will arrange the money, MS. Dhoni announced his retirement from international cricket by posting a video message on Instagram a day earlier.

'The Hundred' was to start in England this year

'The Hundred' is also a cricket league like the IPL. But instead of twenty overs, an innings will be of 100 balls. The England and Wales Cricket Board (ECB) wanted to start from this year. The league was to be contested between 8-8 men's and women's teams. But due to Corona, it has been postponed for next year. In October last year, 8 teams of the league had selected male players through the draft, while the players' selection process for the women's team was underway.

Dhoni is an amazing player: Warne

The former leg-spinner said that you think about his captaincy. He is an amazing player. He will be known as the all time great wicketkeeper batsman in history. Dhoni is the only captain in cricket history to have won all the ICC Trophies. Under his captaincy, India also won the Champions Trophy in 2013 after winning the 2007 T20 World Cup, 2011 ODI World Cup.

'The secret of Dhoni's success is his calm'

He said that Dhoni is very quiet. For this reason, he always got the better of his team. Then whether he captained India or Chennai Super Kings. He is looked upon by fellow players with respect.
Dhoni is away from the cricket field for 14 months

Meanwhile, on Saturday evening, he posted a video message on his Instagram account informing the world to say goodbye to international cricket. However, they will play a few more years and the IPL.

Dhoni will play in the IPL starting in the UAE from 19 September. For this, he has also started training in Chennai. CSK won the IPL title twice in 2010 and 2011 under Dhoni's captaincy.

England Doctor Runs 22 Miles In A Face Mask To Prove That They Are Safe, As Oxygen Levels Did Not Drop

England Doctor Runs 22 Miles In A Face Mask To Prove That They Are Safe, As Oxygen Levels Did Not Drop