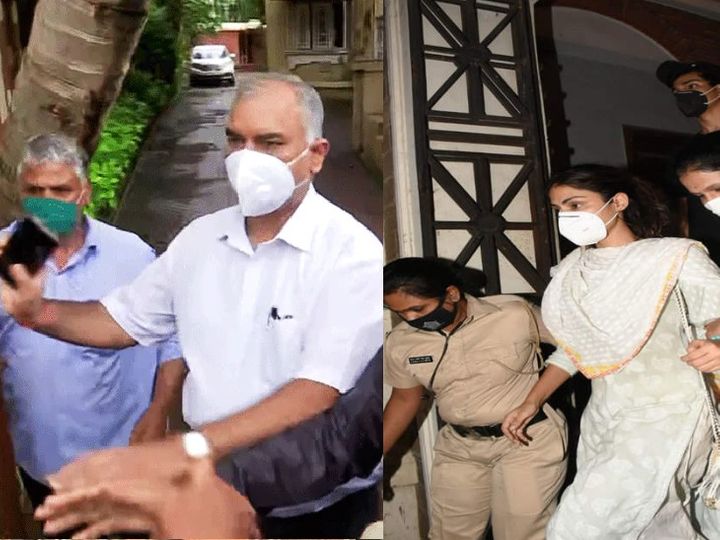 Today is the fourth day of CBI investigation in actor Sushant Singh Rajput case. The Central Investigation Agency may also interrogate Sushant's alleged girlfriend Riya Chakraborty and some of his family members today. However, Riya is yet to be summoned by the CBI. On Sunday, the team ran through the call details of Riya and her people.

10 questions a CBI team can ask Riya Chakraborty
1. How did you meet Sushant and how did the relationship progress? Were you both going to get married?
2. What happened on 8 June that you had to leave Sushant's house and his number was also blocked?
3. What is Sushant's depression theory and what efforts did you make to correct it while living together?
4. How was your relationship with Sushant's family and what do you have to say about the allegations made by him?
5. What was the last conversation you had with Sushant, and do you think Sushant could take steps like Suicide?
6. What was your stake in Sushant's companies and what was your role? Did you take all the decisions of the company?
7. Did you have control over Sushant's house, his account and those working at home?
8. What happened on the Europe Trip? Siddharth and Neeraj told that Sushant started getting upset after coming from there?

9. The CBI team can also question Riya about the earnings and their expenses from films.

10. CBI team can ask Riya some questions by keeping a copy of the call detail.

CBI team's investigation on Sunday
On Sunday, the CBI team questioned his friends Siddharth Pithani, helper Deepesh and cook Neeraj Singh for 3 hours at Sushant's flat. The team questioned him about the incident on June 13 and 14. Sources say the trio's statements about the crime scene sequence, the unloading of the corpse and the June 13-14 incident are contradictory. The CBI will also interrogate Riya Chakraborty soon. The team will investigate the call details of Sushant, Riya and others related to this case.

Sushant's flat owner still questioned
Sushant took 4 flats of the 6th and 7th floors of the Bandra West Mont Blanc Building on a 3-year lease. The monthly rent was 4 lakh 50 thousand which was going to increase by 10 percent every year. On 9 December 2019, this duplex flat was leased for 2022. CBI team Sushant's flat owner Sanjay Lalwani was questioned on Sunday. The CBI team has sought information about the copy of the rent agreement from the flat owner of Sushant Singh. Therefore it is possible to inquire with them again today.