Importance of August for India: Special Days, History, Ram Mandir, Article 370 and Independence Day | Every major work from the independence of the country to Shri Ganesh of Ram temple was done in August itself, know the dates of August which became memorable. 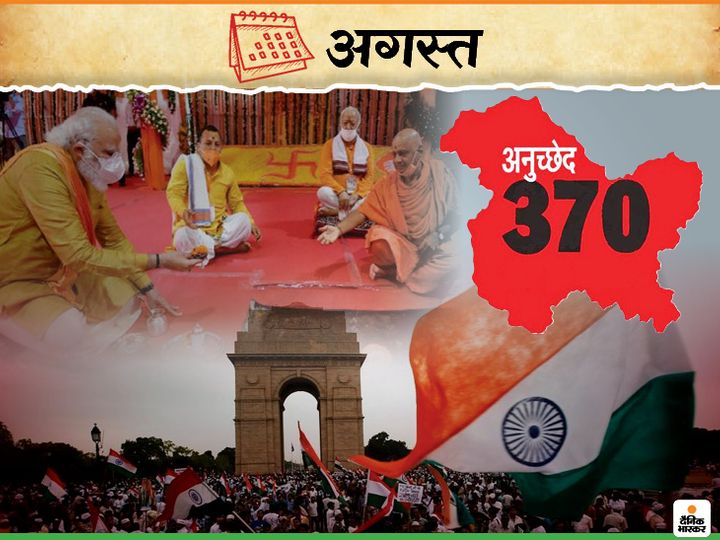 Some dates become months of history. Become memorable. Their importance and importance does not diminish even in the coming tomorrow. One of them is the month of August. It was only in August that the August revolution took place, and we also got independence. In the same month, Article 370 was also removed from Jammu and Kashmir and after 492 years of long struggle, the Ram temple was also started in the month of August itself. Let us know the dates of August, which are history, which are memorable, which will be remembered tomorrow also…

On 5 August 2019, the Central Government removed Article 370 and abolished the status of Special State from Jammu Kashmir. With this, this state was divided into two Union Territories of Jammu and Kashmir and Ladakh. This was the biggest event of that year.

The biggest event of August this year occurred on 5 August 2020, when the foundation stone of the Ram temple was laid in Ayodhya. It was a historic date, which took 492 years of struggle. Road to House, District Court to Supreme Court. Then in November last year, the Supreme Court ruled and paved the way for the construction of the Ram temple. 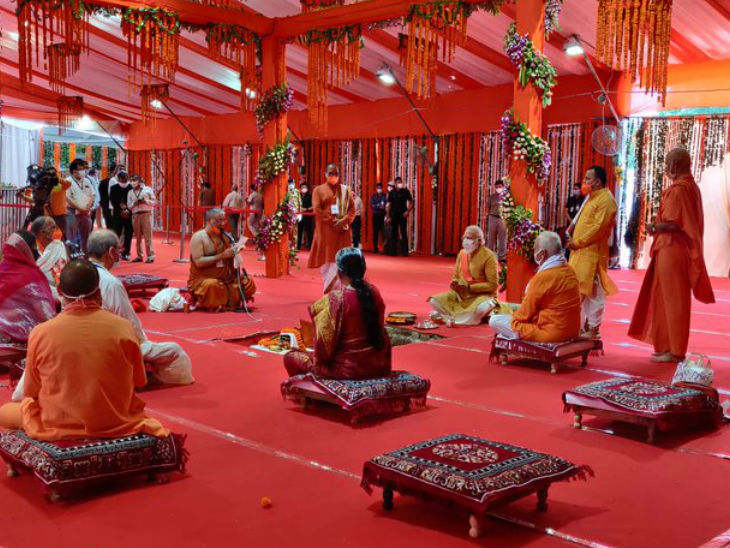 Ram temple Bhoomipujan was organized on 5 August 2020 in Ayodhya. PM Modi joined it. It is the biggest historical event of the year.

1980 to 2000: First successful use of test tube baby and formation of Mandal commission

The first test tube baby in India was born on 6 August 1986. On August 6, 1986, Harsha Chavda was born with IVF technology at KEM Hospital in Mumbai. Harsha is currently 33 years old. Four years ago in 2016, Harsha gave birth to a son. With this, on August 6, at least 255 people were killed in the flash floods in Jammu and Kashmir.

On 7 August 1990, the then Prime Minister VP Singh announced to accept the Mandal Commission report in Parliament. After this, 27 percent reservation for OBC category in government jobs started. At that time there was a protest across the country. More than 50 people were also killed. 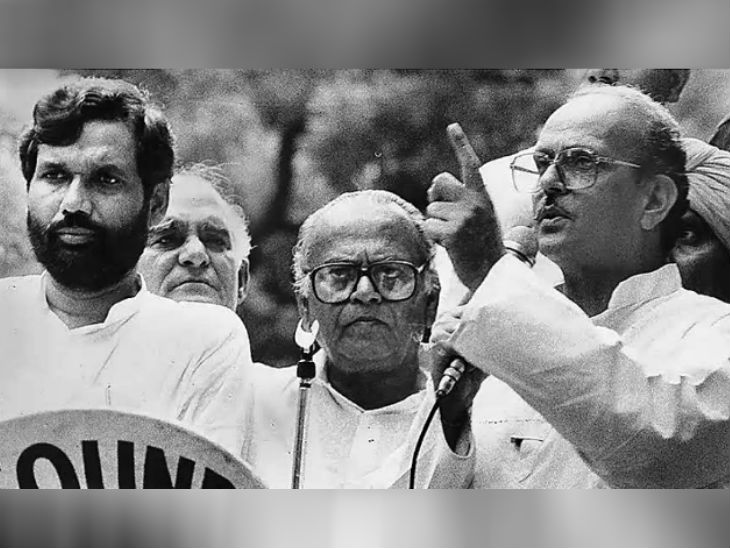 On 7 August 1990, the then Prime Minister VP Singh announced the implementation of the Mandal Commission report in Parliament.

Dadra Nagar Haveli was merged with India on 11 August 1961 and was made a Union Territory. Like Goa, this area was under Portuguese influence for many years. Nagar Haveli is situated between Maharashtra and Gujarat, while Dadra falls in the interior of Gujarat. It is a tribal dominated area, about 62 percent of its population is tribal. 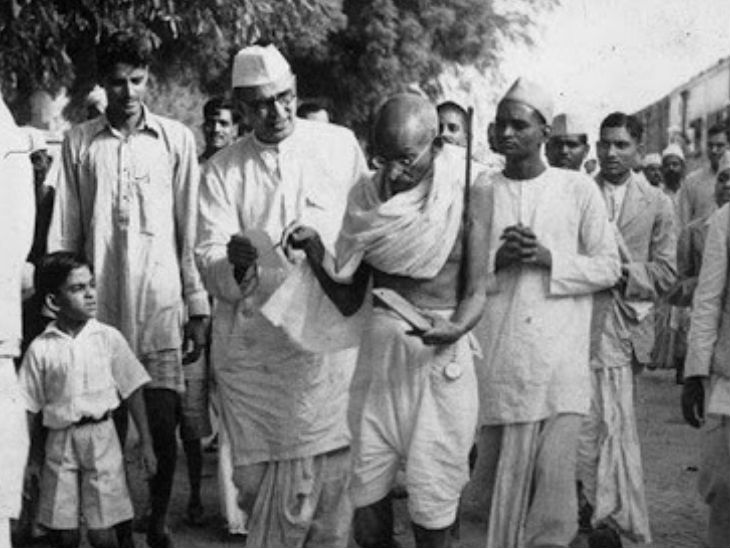 Gandhiji started the Quit India Movement on 9 August 1942. He gave the slogan of do or die.

This movement played an important role in India's independence. On August 8, 1942, the Indian National Congress Committee met in Mumbai on the call of Mahatma Gandhi, in which a resolution was passed to drive the British out of India. It is also called Quit India Movement or August Revolution. August 9, 1942 Quit India movement started across the country. In this movement, Gandhiji gave the slogan of do or die.

Gandhiji then said, “There is a small mantra that I give you.” Write it in your heart and express it in your every breath. This mantra is “do or die”. In this effort, we will either get freedom or we will die. ”

7 students martyred while hoisting the flag at Patna Secretariat 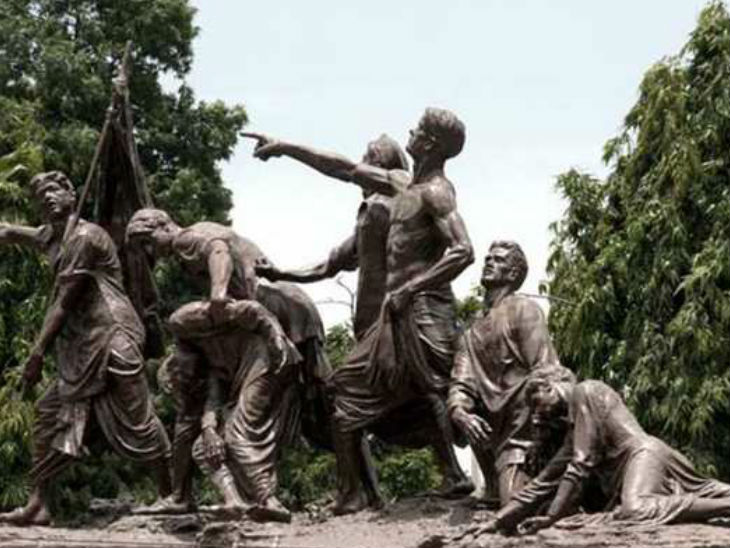 On 11 August 1945, 7 students of Bihar were martyred while hoisting the tricolor flag at Patna Secretariat. All were school students, who were extremely young.

The youth of Bihar also played an important role in the August Revolution. Dr. Rajendra Prasad was leading this revolution in Bihar. On 11 August 1945, seven school students from Bihar hoisted the tricolor at the Patna Secretariat. In his memory, a martyr memorial is built in front of the Patna Legislature, where the idol of these seven martyrs is placed. Its foundation stone was laid by the first Governor of Bihar, Jairamdas Daulatram.

On 18 August 1945, Netaji died in an air crash near Taiwan. However, his death remained mysterious and questions were often raised about him. Netaji was born on 23 January 1897 in Cuttack. In 1920 he cleared the Indian Civil Service Examination in England.

But he could not do the job for a long time, after one year he quit the job and got into the freedom field. He was the leader of the revolutionary mood. He became the President of Congress in 1938 and 1939. But later he resigned from the post of Congress President in 1939 after the internal infighting of the Congress and differences with Mahatma Gandhi. 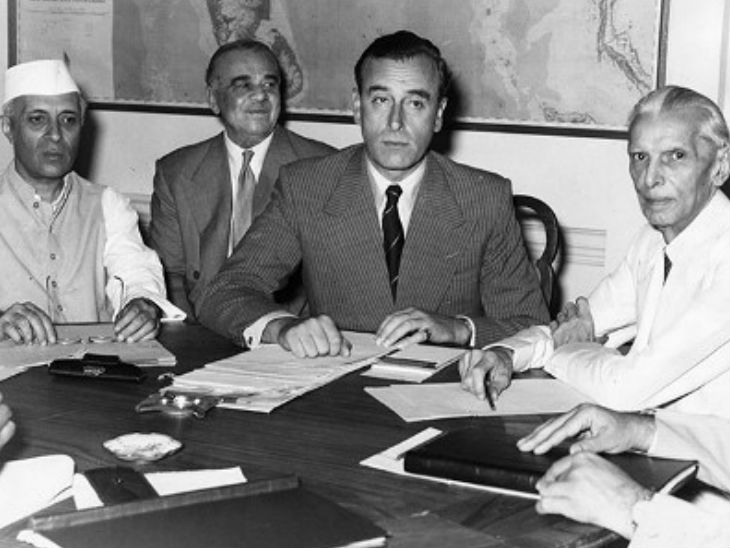 India was partitioned on the basis of the Indian Independence Act 1947, based on the Mountbatten Plan, under which a new country named Pakistan was born.

Birth of Pakistan and independence of India

On 14 August 1947, the partition of India was drawn and on this day Pakistan was born. India got independence at midnight on the same day. The next day i.e. from 15 August 1947, India was freed from the clutches of the British and then we celebrate this day as Independence Day.

1920 to 1940: Kakori scandal and sacrifice of revolutionaries 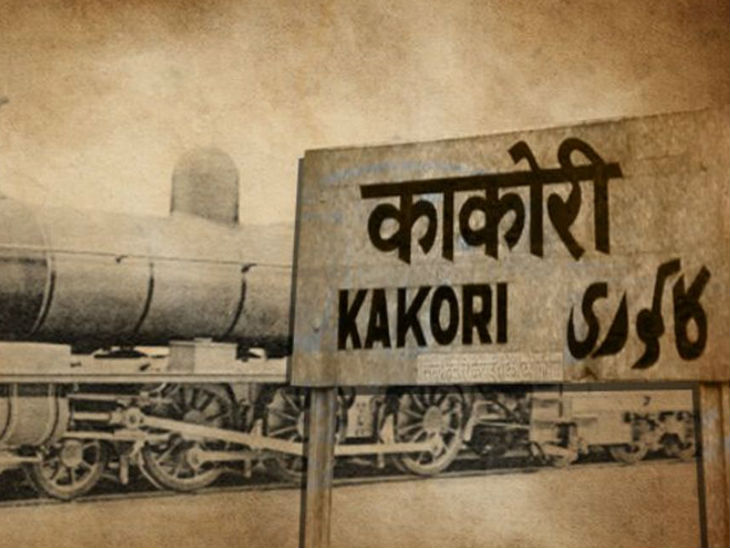 The Kakori incident is an important incident in Indian history. On 9 August 1925, the revolutionaries looted the treasury in a train to buy weapons.

Chaura-Chauri falls in the Gorakhpur district of UP. In February 1922, some agitators set fire to a police station in Chaura-Chauri, in which 22–23 policemen were burnt to death. This left Mahatma Gandhi unhappy and withdrew the non-cooperation movement.

This frustrated some of the people involved in the movement which later turned into the Kakori incident. On August 9, 1925, some revolutionaries plotted to buy arms by looting the government treasury and then carried out the incident on a train at Kakori station. A total of 4601 rupees were looted.

The incident led to large-scale arrests in many parts of the country. More than 40 people were arrested. The trial of the Kakori incident went on for nearly 10 months in the Lucknow court ring theater. After which Ramprasad ‘Bismil’, Rajendranath Lahiri, Roshan Singh and Ashfaq Ulla Khan were sentenced to be hanged. Shachindranath Sanyal was sentenced to 14 years of black water and Manmathnath Gupta.

1900 to 1920: The beginning of the Non-cooperation movement and the martyrdom of Khudiram Bose. 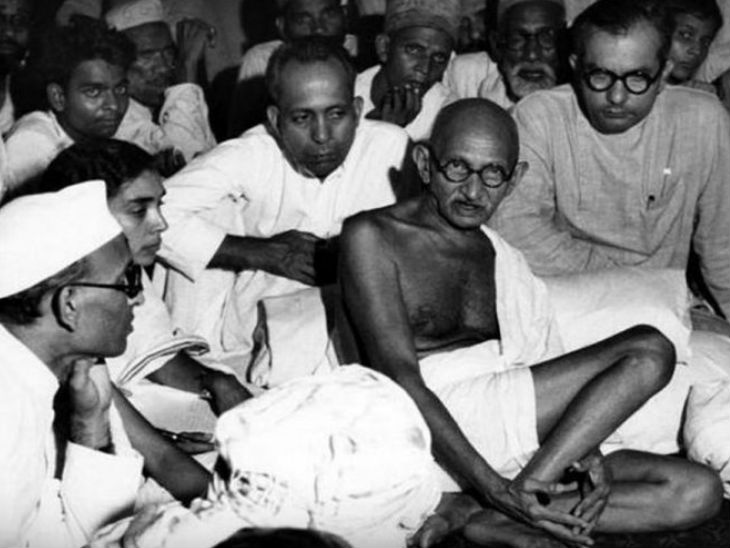 After the 1857 War of Independence, the movement which troubled the British the most was the Non-Cooperation Movement. It was started by Mahatma Gandhi on 1 August 1920.

The Non-Cooperation Movement was started by Mahatma Gandhi on 1 August 1920. After this movement, lakhs of workers went on strike, students boycotted schools and colleges. The foundations of the British Raj were shaken for the first time by the Non-Cooperation Movement after the 1857 War of Independence. However, Mahatma Gandhi withdrew it after the Chaura-Chauri scandal in February 1922.

On 11 August 1908, the revolutionary Khudiram Bose was hanged at just 18 and a half years of age. When Khudiram was martyred, there were protests across the country, schools and colleges were all closed for several days. Then the youth of the country started wearing such dhoti, on which the edge was written with Khudiram. On 17 August 1909, Madanlal Dhingra was hanged in the Pentonvilli prison in connection with the murder of Curzon Vayali.