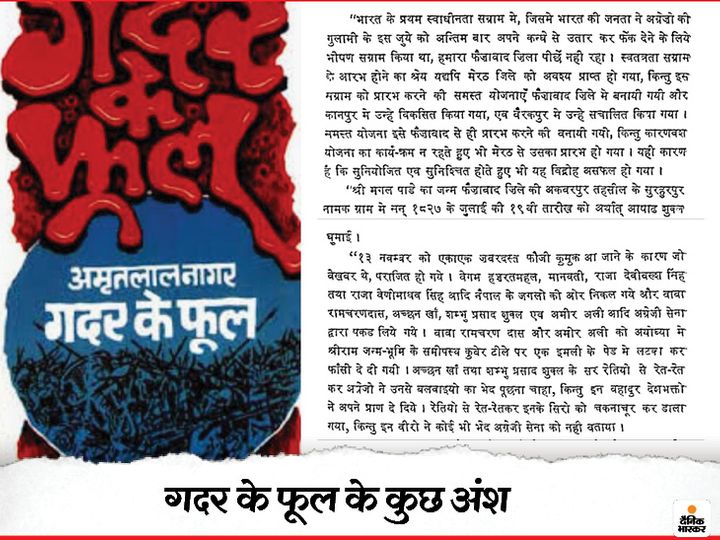 The crown on which Hanuman Garhi, the head of Prime Minister Narendra Modi, reached Ayodhya on August 5 to worship Ram temple Bhumi, was the culmination of the first freedom struggle of 1857. Surhurpur village is about 75 km from Ayodhya, this village is also the birthplace of the first freedom fighter fighter martyr Mangal Pandey. Perhaps that's why the people here had a strong desire for revolt and a desire for freedom.

Mahant Baba Ramcharan Das of this Hanuman Garhi along with his Muslim friend Amir Ali led the freedom fighters. Baba Ramcharan Das had devoured the Ram Janmabhoomi land at the Badshahi Mosque to hand over the land to the Hindus with the consent of the Muslim brothers and had also sworn this to the Muslims of Awadh.

This is the place where the Prime Minister Narendra Modi planted the plant of Parijat on August 5, in the premises of Shri Ram Janmabhoomi temple, exactly 85 years ago there was a tamarind tree on which Baba Ramcharan Das and Amir Ali in the first freedom struggle of 1857 The pair was hanged by the British on a noose.

The reason behind this was that Ramcharan Das and Amir Ali Shriram were close to resolving the Babri Masjid dispute in Janmabhoomi. Apart from this, he was also involved in the freedom struggle. 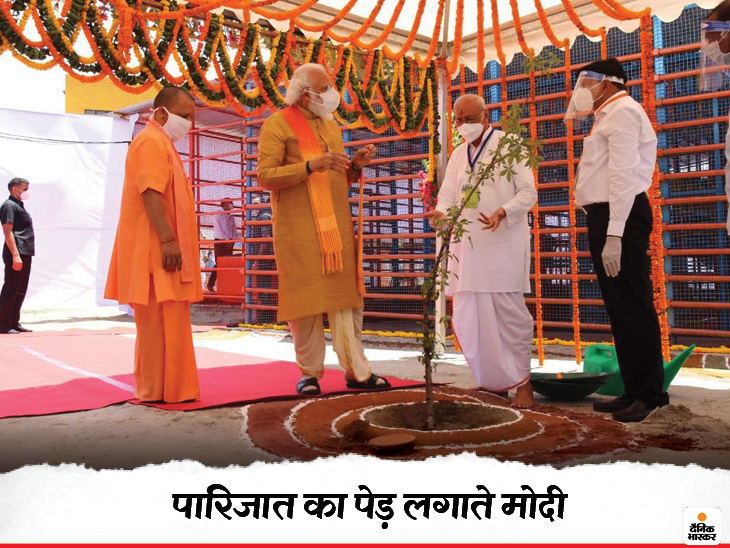 The tamarind tree on the Kubair mound on which both the heroes were hung, Ayodhya and surrounding people continued to worship that tree for a long time, but on 28 January 1935, the then deputy commissioner of Faizabad, JP Nicholson, planted the tamarind tree root. Got it cut off With this, the British wiped out the peace memory of the brave martyrs of Ayodhya. This is mentioned by the literary writer Amritlal Nagar in his book “Gadar Ke Phool”.

Amritlal Nagar has written in his book that if the freedom struggle of 1857 was fought on the land of Awadh under the leadership of Ramcharan Das, Mahant of this fortified fortress of twenty-four cannons, the Muslims of Awadh would have demolished the structure of Babri Masjid in their hands, Shriram All the disputed land of Ramkot locality for the Janmabhoomi temple would have been handed over to the Hindus. Nagar has written that the hero of 1857 was a soldier of the army and Awadh had the command of Ghadar. 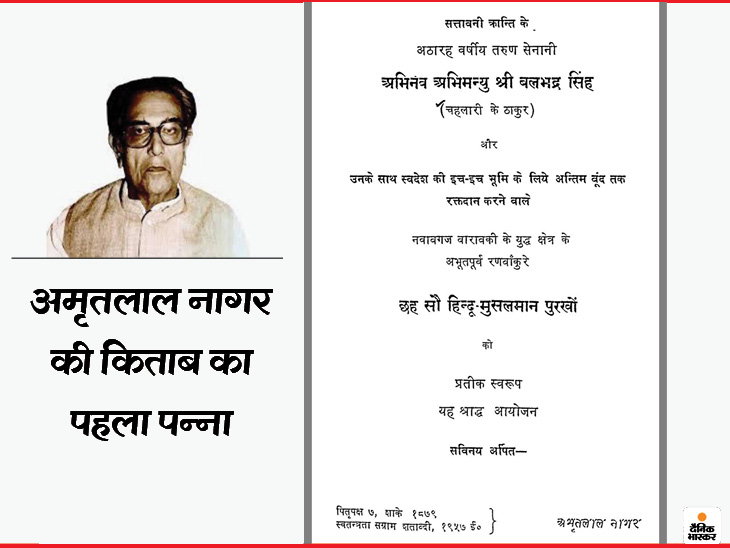 Senior journalist Dr. Upendra says that today, 32 years ago (August 15, 1988), eminent archaeologist and litterateur Amritlal Nagar gave me the thrill of freedom fighters of United Provinces of Awadh and Agra (UP) in the same Hanumangarhi campus. The story itself was narrated.

He had also told that the first freedom fighter Mangal Pandey was a resident of Surhurpur village in Awadh region. Later, all those claims of Amritlal Nagar were also published in the book titled “Gadar Ke Phool” by the Information and Publication Department of Uttar Pradesh Government. This book was published in 1957 to mark 100 years of the Sun Seven Revolution.

All the plans for the spark of revolt by Mangal Pandey in Barrackpore, were planned in Ayodhya (Faizabad), were developed in Kanpur and operated in Barrackpore. The plan to blow up the bugle of this revolt was also from Ayodhya, but coincidentally it was initiated from Meerut. 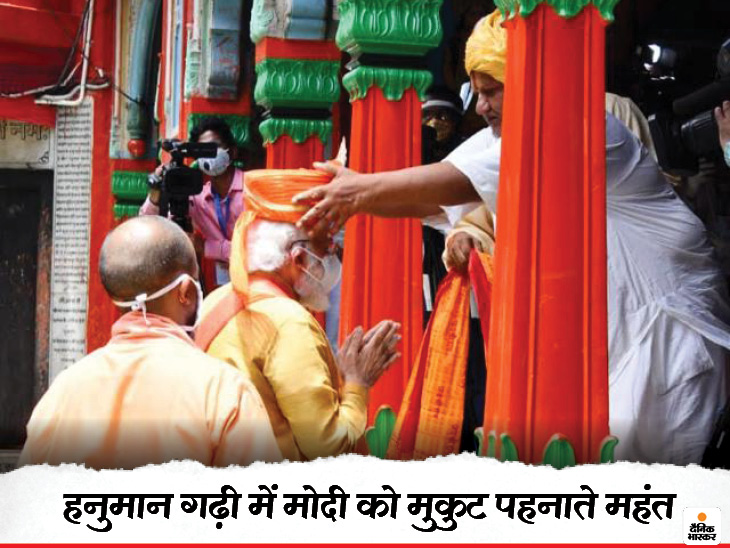 Amritlal Nagar has also proved through his research that Mangal Pandey was recruited in the army at Akbarpur (now Ambedkar Nagar District Headquarters) in Ayodhya. Colonel Martin sent a report to the military officer of Faizabad, Colonel Hunt, that the rebel base in Faizabad had been established.

In the book 'Gadar Ke Phool', Amritlal Nagar also mentioned that on 26 June 1857 a large gathering was convened at Badshahi Mosque, the most prestigious and prominent Nawabi Muslim Ibadatgah in Ayodhya (erstwhile Faizabad). The meeting was called by the son-in-law of Mughal Emperor Bahadur Shah Zafar.

In this same Majlis Majlis, Maulana Amir Ali had made the Muslims agree with the Muslim Majlis to get the Sri Ram Janmabhoomi temple built on Babar's mosque.

The book also mentions that Baba Ramcharan Das and Amir Ali persuaded Muslims to bring back the Ram Janmabhoomi of Ayodhya to the Hindus, after which there was a lot of panic among the British. Seeing the rebels succeed, the British were being encouraged. They were more nervous than the British, who were traitors of the country, who were supporting the English army. The book mentions that while silencing the agitated crowd in the assembly, Amir Ali said, “Brothers, brave Hindus are fighting to strengthen our Sultanate in Hind. Overcoming their hearts and taking the burden of their favor from their heads It is our duty to give that Shri Ram Janmabhoomi of Ayodhya, which we call Babri Masjid, which is in fact the birthplace of Ramchandra ji, was built by building the mosque by the emperor, Babur, who gave it back to the Hindus. This will make the root of Hindu-Muslim Etihad so strong, that even the British fathers will not be able to uproot it. “ 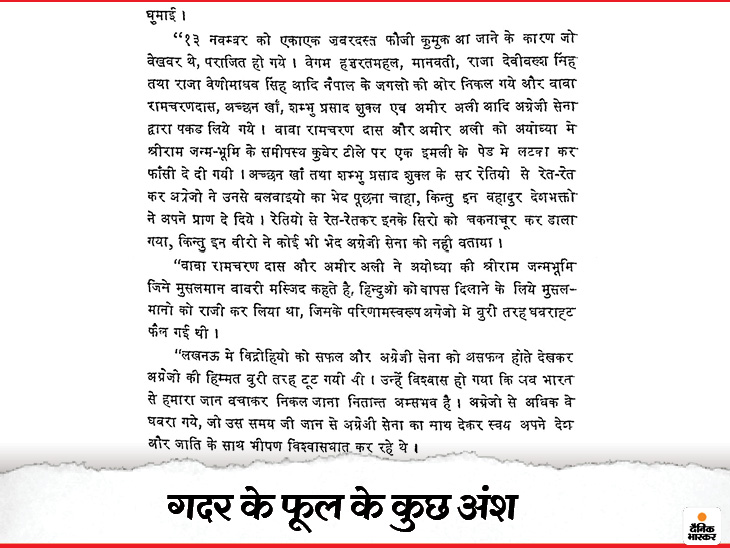 Dr. Upendra says that Nagar again reached Ramkot and Hanuman Garhi in 1989 even during the Shree Ram Janmabhoomi Temple Shilanyas movement. Then I was here for coverage. During this time, he explained to me in detail the mutual connection between the Shri Ram Janmabhoomi movement and the first freedom struggle movement.

Amritlal ji was strangled when he was telling, “The evil British did not want to let the Ram Janmabhoomi and Babri Masjid dispute be resolved, so they first hanged Ramcharan Das and Amir Ali, then witnessed the hanging Cut the tamarind tree.

In fact, on the occasion of 100 years of the First Freedom Struggle, in 1957 the Government of Uttar Pradesh decided to print a book to preserve the history associated with sites and living persons associated with the freedom struggle. This responsibility was given to the litterateur Amritlal Nagar, who wandered from place to place collecting evidence and facts and later wrote the book “Gadar Ke Phool” in the reportage style.