Indo-Tibetan Border Police (ITBP) men rescue injured woman from a remote village in Pithoragarh | The soldiers saved the life of the woman by crossing the monsoon affected areas in Uttarakhand, after walking 40 km to the hospital via stretcher 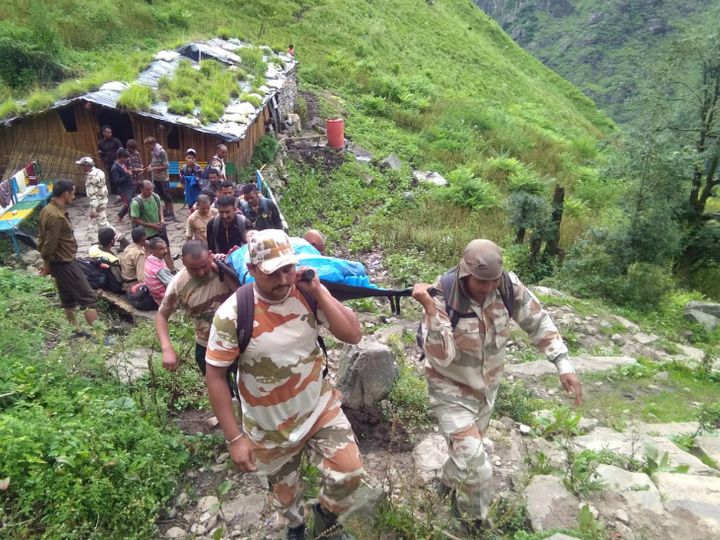 The soldiers carried the woman on a shoulder by stretcher and took it to the road in 15 hours.

Indo-Tibetan Border Police (ITBP) personnel on Saturday rescued an injured woman from the frontier village of Uttarakhand. He crossed the mountainous routes in the monsoon affected areas and took the woman to the road in 15 hours from where she was taken to the hospital.

According to ITBP, the team consisted of 25 jawans. Who rescued the woman from Laspa, a frontier village in Munsiyari division of Pithoragarh. On 20 August, the woman fell from the hill near her house. His leg was broken in the accident and due to lack of treatment, his condition was becoming critical.

Helicopter could not reach even after two days
According to ITBP, the chopper could not arrive even after two days due to bad weather. After this, the ITBP jawans took the responsibility of going to the village from their border post to save the life of the woman. The soldiers of the 14th Battalion crossed the areas badly hit by the monsoon and took the local woman to the nearby road. The jawan reached the woman's village about 22 km from Milam base on Saturday. He covered most of the distance on foot. 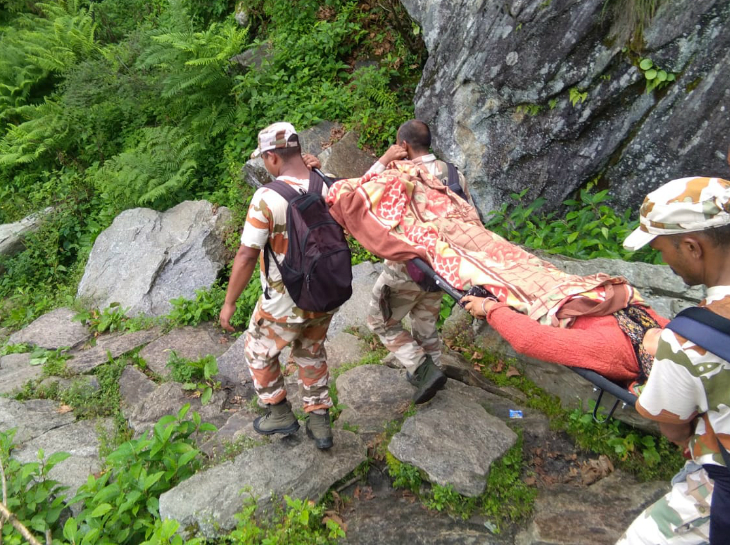 ITBP jawans rescued the woman while crossing the mountainous paths.

Traveled 40 kilometers in 15 hours
After reaching the village, 25 ITBP jawans took a 40-kilometer journey in about 15 hours, facing the swollen ravines, landscaped areas and slippery slopes, and took the woman to the road via stretcher. From where the woman was taken to the hospital. Now the woman's condition is said to be stable.