This photo is from Jaipur. There was a flood of views in Karim Colony in the city. The vehicles were immersed in water.

Rajasthan's capital Jaipur received 10.7 inches of rain in 10 hours till 1 pm on Friday. Four people died due to rain, while two are missing. The Bolero was washed away by the strong currents of water in the Kanota dam. Three people including a woman and a child were killed. Jamwaramgarh in the district received the highest 10 inches of rain. The rain came as a disaster and did not give anyone a chance to recover. Many rough houses collapsed in the rain.

As rain from the sky, rain and rain blocked the entire city. The city was submerged in rain water. Every street, every street, every market was filled with water. The worst situation was seen in the boundary wall. In the narrow lanes of Parkote, rain water flowed like a river. 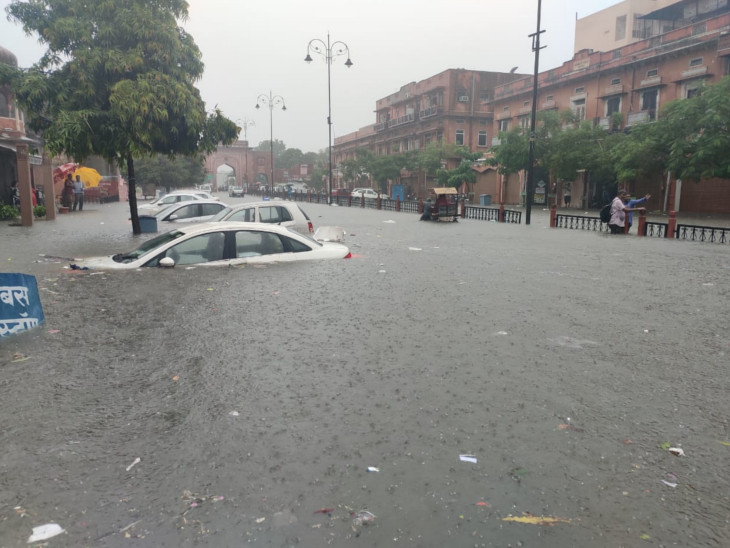 Vehicles drowned in the markets of Parkote. Where people found a place, they took refuge.

4 killed due to rain, book bolero in Kanota dam
Bolero was washed away in Kanota Dam in Jaipur. There were 6 people in the car. Of these, three people died while three were saved. The body of a person came to the spot in Jhon Singh Pura Khor area when the body of a person came out in Khonagorian area of ​​the city. At the same time, a person was swept away in a drain in Sodala. 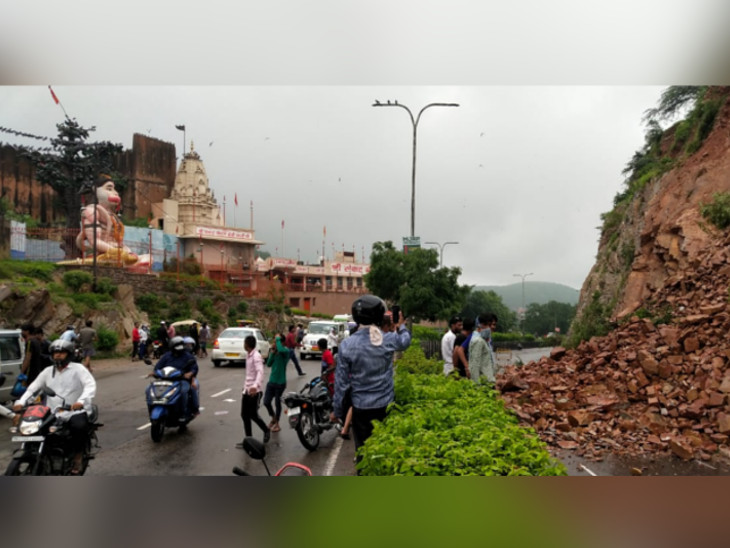 A part of the hill was cut off by rain near the troublesome Hanuman temple in the city.

In view of the flood-like situation in the city, SDRF teams were deployed at four places. Teams have been deployed at Jal Mahal, Ghatgate, Commissionerate and Collectorate. Due to the breaking of the wall of the Kanoto police station, the police complex was flooded. 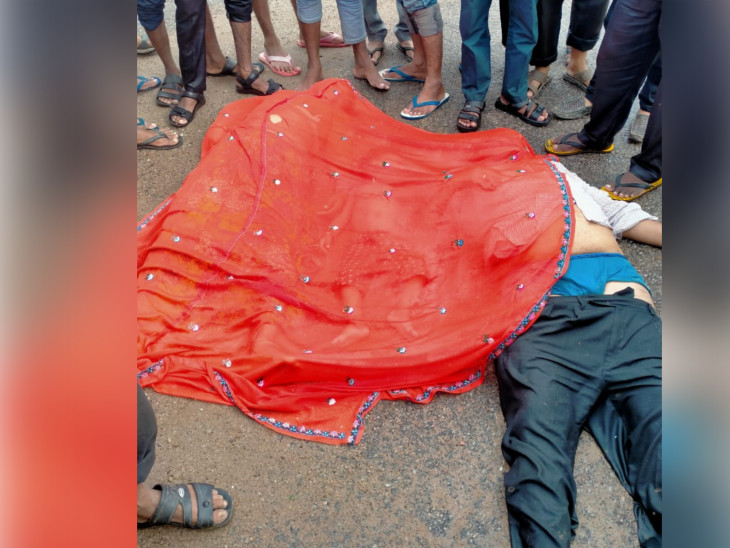 Three people died in a bolero swept into Kanota Dam. Bodies were removed from the dam.

Where it rained in the city: 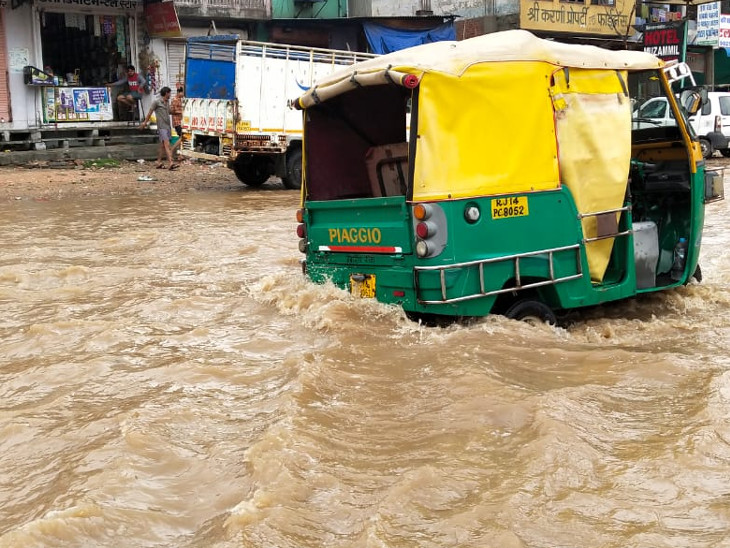 The rainy season continued for 10 hours
The rains started in Jaipur on Thursday night which continued continuously till about 12 noon on Friday. During this, there was torrential rain. The Collectorate showered 184 mm of water at 7.2 inches. The highest rainfall occurred between 7 am and 11 am, during which time about 132 mm of rain came.

After this, the roads were flooded by 5 to 6 feet in the main markets including Johri Bazar Wada Rasta, Ramganj, Subhash Chowk, Kishanpol, MI Road, Agra and Delhi Road, Panchbatti in the boundary wall. The constant rain and full water on every side caused panic among the residents.

How many rains occurred in Jaipur:

According to the Meteorological Department, on August 15, Ajmer, Alwar, Banswara, Baran, Bharatpur, Bhilwara, Bundi, Chittor-Garh, Dausa, Dhaulpur, Dungarpur, Jaipur, Jhalawar, Jhunjhunun, Karauli, Kota, Pratapgarh, Rajsamand, Sawaimadhopur , Sikar, Sirohi, Tonk, Udaipur District Orange alert of rain has been issued at some places i.e. there is a warning of extremely heavy rain. There is a warning of heavy rains at some places in Bikaner, Jalore district of western Rajasthan.

That's why it rained so much

According to the Meteorological Department, the monsoon trough line remained in its normal state, passing through Bikaner, Jaipur. Also, a low pressure area in the Bay of Bengal and an upper air cyclonic circulation system over the eastern state caused heavy rains in Jaipur, Daisa, Baran, Karali, Sawaimadhopur districts.

Rajasthan Government Floor Test: Sachin Pilot Says Earlier, I Was Part Of The Govt But Now I Am Not – Rajasthan: Sachin Pilot said- Previously I was part of the government, but not today

Rajasthan Government Floor Test: Sachin Pilot Says Earlier, I Was Part Of The Govt But Now I Am Not - Rajasthan: Sachin Pilot said- Previously I was part of the government, but not today