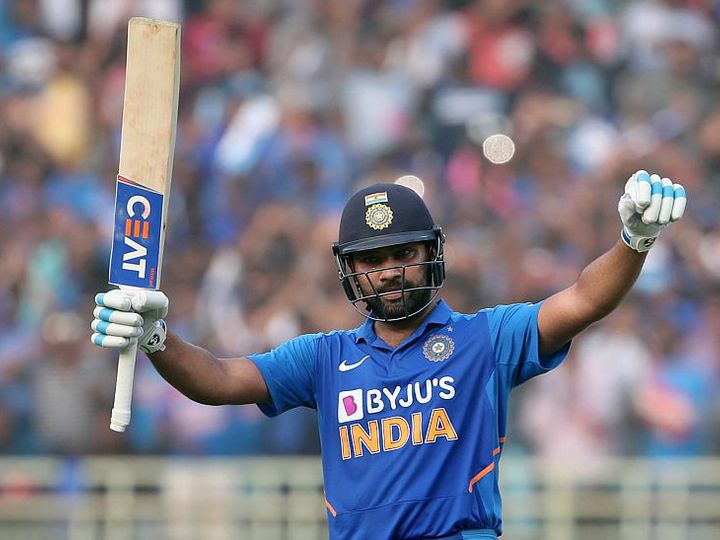 Rohit is the fourth cricketer to receive the Khel Ratna. Before him Sachin Tendulkar, Mahendra Singh Dhoni and Virat Kohli have received this award. (File)

The Sports Ministry is going to increase the prize money of the National Sports Award. Players who have received the Rajiv Gandhi Khel Ratna Award will now get Rs 25 lakh instead of 7.5 lakh. It has been increased by more than 300 percent. The rest of the prize money has also been increased.

62 players to be honored
This time 62 players and coaches are to be honored. Cricketer Rohit Sharma, wrestler Vinesh Phogat, women's hockey player Rani Rampal, table tennis player Manika Batra and Rio Paralympic Gold Medalist High Jumper Mariyappan have been selected for Khel Ratna this year. Also, 29 will be given the Arjuna Award, 13 will be given the Dronacharya and 15 will be given the Dhyanchand Award. Here, Madhya Pradesh is also going to double the prize money of its awards. Its proposal has also been approved. Only gazette notifications are yet to be done. It has been stuck for the last eight months.

Rohit is the fourth cricketer to receive the Khel Ratna
Sachin Tendulkar, Mahendra Singh Dhoni and Virat Kohli have received this award before Rohit. The same week, the names of the players were recommended for the Dronacharya and Major Dhyanchand Khel Samman.

4 players received Khel Ratna in 2016
Earlier in 2016, badminton player PV Sindhu, gymnast Deepa Karmakar, wrestler Sakshi Malik and shooter Jeetu Rai were given. Once in 2009, 3 players were given to boxer Mary Kom, Vijender Singh and Sushil Kumar. Five players have been found five times. Wetlifter Kunjarani Devi and lawn tennis player Leander Paes in 1997, archer Anjali Bhagwat in 2003 and Beenamol of Athletes, Vijayakumar and Yogeshwar Dutt in 2012. Devendra Jhajharia and Sardar Singh in 2017 and Deepa Malik and Bajrang Punia in 2019.