Lahore High Court verdict – Jagjit Kaur alias Ayesha to live with her Muslim husband. | One year spent in shelter home, despite losing, the boy who was kidnapped will now be home to Jagjit Kaur's in-laws

In 1947, when India was partitioned and had two parts, Punjab was also partitioned. One part of Punjab remained in India and the other part in Pakistan. Most of the people from Punjab who came to part of Pakistan after partition returned to India, but some people stayed there. Nankana Sahib is a place in this Punjab. This is the place where Guru Nanak Dev, the first Guru of Sikhs, was born. Nankana Sahib has been in the news for the last one year. The reason is Jagjit Kaur.

Jagjit Kaur is the girl whose family accused a boy named Mohammad Hasan for forcibly abducting their daughter, marrying and converting. The family says that after marrying Mohammad Hasan, Jagjit Kaur was converted to Muslim and changed her name to Ayesha. However, Jagjit Kaur herself called these entire allegations false.

Last year, the police arrested Mohammed Hasan after being charged on behalf of the family and sent Jagjit alias Ayesha to the shelter home of Dar-ul-Aman, Lahore. Lahore High Court has decided on this only last week. According to the High Court's decision, now Jagjit will be able to move out of the shelter home to the house of her in-laws i.e. husband Hasan. 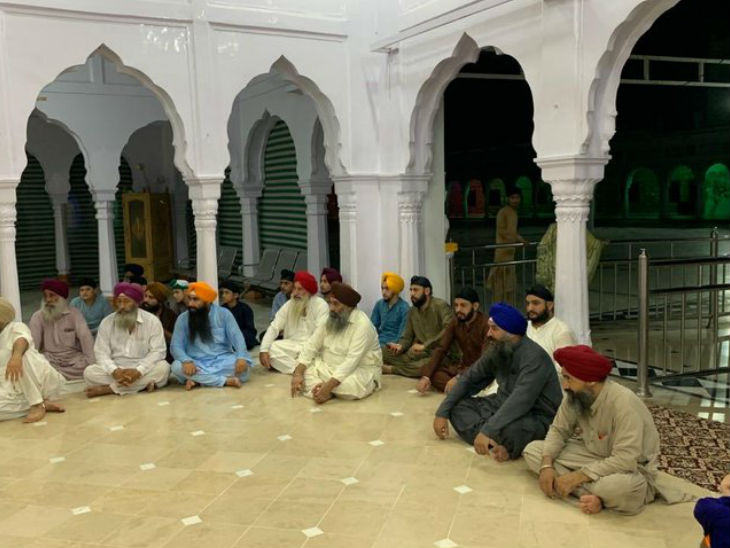 A few days ago, Sikhs met in Pakistan to judge Jagjit Kaur.

After the case of Jagjit Kaur, it was fiercely discussed in India too. Jagjit's family also requested India to intervene in the matter. In September last year, Punjab Chief Minister Captain Amarinder Singh had also tweeted that Pakistan Prime Minister Imran Khan had said that he could not do anything in this matter.

He tweeted and wrote, “Even after several days, Pakistan Prime Minister Imran Khan has failed to help Jagjit Kaur. Jagjit was forcibly converted and married against his will. I give my full support to that girl I would be happy to bring her and her whole family to Punjab. “

The situation of non-Muslims in Pakistan has always been worrying. Data from the US Commission on International Religious Freedom states that more than a thousand girls are forcibly abducted every year in Pakistan. He is married to a Muslim against his wishes and later he is converted.

But, this case of Jagjit Kaur is crooked. The reason is that the family was saying something and Jagjit something else. For this reason, the Lahore High Court has given decision to leave Jagjit with her husband. 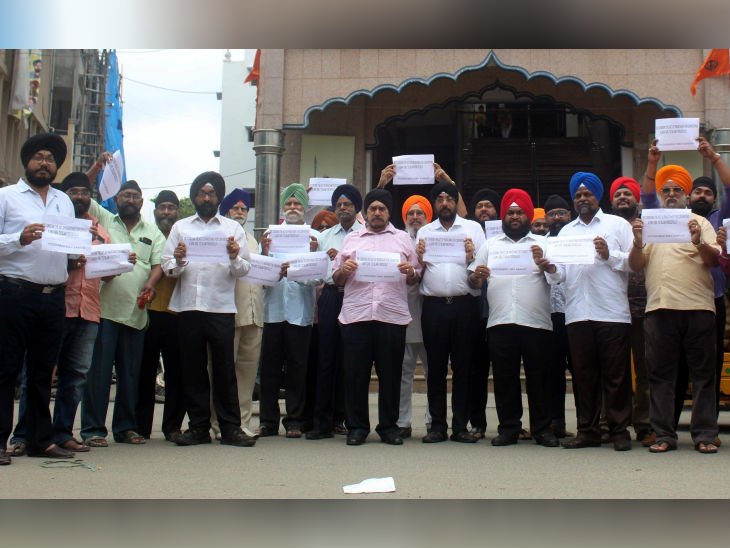 Along with Pakistan, Sikhs living in other countries also demonstrated for Jagjit's justice, campaigning on social media.

What is the whole case of Jagjit Kaur?
Jagjit Kaur lives with her family in Nankana Sahib. Her husband Mohammad Hasan is her neighbor. Jagjit's father is a Sikh priest. In August last year, Jagjit's family alleged that Mohammad Hasan first kidnapped her daughter, then married and later converted her. After conversion, Jagjit was named Ayesha.

Jagjit Kaur's family lodged an FIR against Mohammad Hasan and his family. The matter reached the High Court. Jagjit was placed in the shelter home. Jagjit's family said that his daughter is a minor, who is 15 years old. He had also presented the school certificate as evidence.

However, Mohammad Hasan's lawyer presented the records of the National Database and Registration Authority, according to which Jagjit was 19 years old. 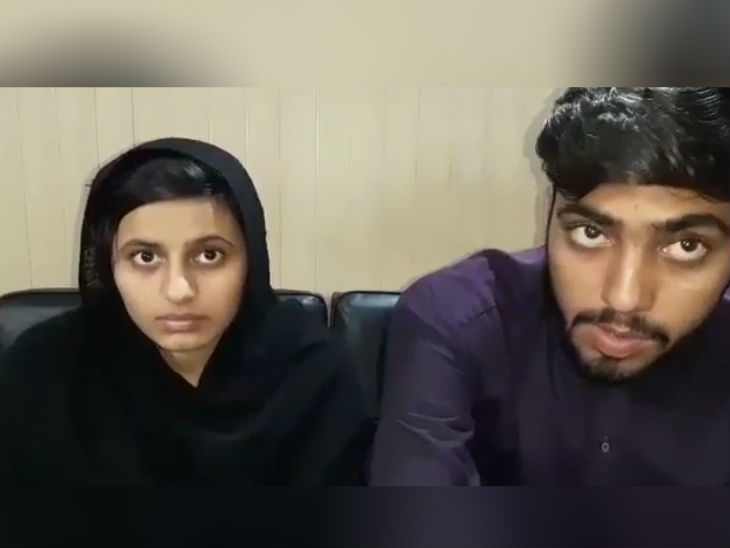 Jagjit's family had requested the government to return his daughter. In this case, Pakistan Interior Minister Brigadier Ejaz Ahmad Shah also promised to settle the matter. Ejaz Shah himself comes from Nankana Sahib.

This whole matter was discussed not only in Pakistan, but also in many countries of the world including India. People from the Sikh community across the world expressed their displeasure over this and demanded justice for Jagjit. However, Jagjit himself said in court that he married Hasan on his own free will and accepted Islam. She said that she wants to live with her husband.

The agreement of the Governor of Punjab was also ineffective
When the case of Jagjit Kaur was going on in the High Court, the International Sikh Conference was also held in Lahore. In front of the migrant Sikhs who attended this conference, the family had also appealed to bring Jagjit back. Sardar Gurcharan Singh of Canada even warned to boycott Pakistan's International Sikh Conference. Shiromani Akali Dal President Sukhbir Singh Badal condemned Pakistan for not providing safety and security to non-Muslims living in Pakistan.

Following the increasing pressure from many countries of the world including India, Punjab province governor Chaudhary Mohammad Servers interfered in the matter. They also got a mutual agreement between Jagjit Kaur and Mohammad Hasan's family. At that time Hassan's father said, if the girl wants to go with her parents, they will not stop her. After resolving the entire dispute by mutual agreement, Mohammed Servers also tweeted, in which he claimed that the matter has been settled by mutual agreement.

Great news for Pakistani & Sikh communities across the world. Issue of Nankana girl was amicably resolved to the satisfaction of the concerned families. The girl is safe & in touch with her family. We shall continue to ensure the rights of minorities in Paistan! #Sikhcommunity pic.twitter.com/ZBiluHTucy

However, even after the matter was resolved, Jagjit was sent to the shelter home. Jagjit's brother Savinder Singh says that despite the Governor's promise, Jagjit was not handed over to him. Meanwhile, relatives of Mohammad Hassan also attacked Gurdwara Nankana Sahib.

Lahore High Court's decision came on 12 August
The Lahore High Court ruled on 12 August on the Jagjit case. According to the verdict, Jagjit Kaur alias Ayesha will leave the shelter home with her Muslim husband Mohammad Hasan. Frustrated with the decision, people in the Sikh community of Pakistan have now called for help from overseas Indians. Jagjit's family is talking about taking this decision to the Supreme Court saying that he has been cheated. At the same time, Khalistani thinker of Pakistan Gopal Singh Chawla did not even come forward on this whole matter. Chawla's silence tells that he has become a mere puppet of ISI.

1. Story of Hindus who returned from Pakistan: Eight months 'citizenship', but still not got citizenship of India, lives in a slum without electricity

Ikbal Ansari Says Any Construction Should Not Made On The Name Of Babar On Given Land For Mosque In Ayodhya. – No construction should be done in the name of Babur on the land found for the mosque: Iqbal Ansari