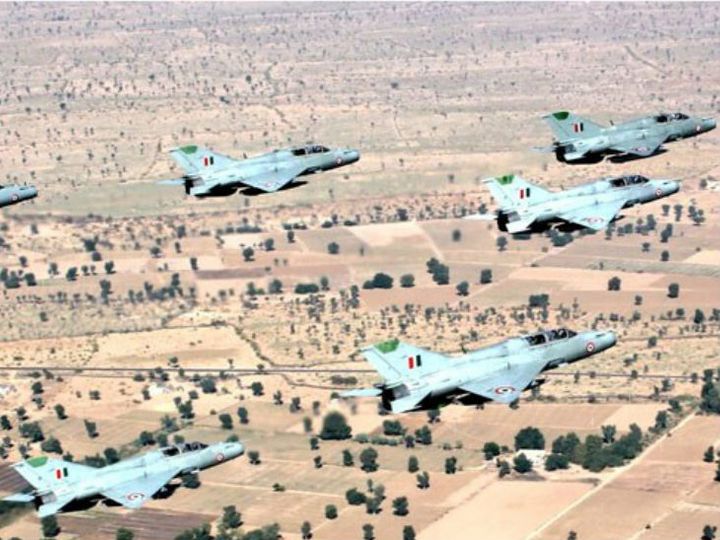 The new Air Defense Command will be a combination of the Air Defense set-up of the Army, Airforce and Navy .- File Photo

India has started strengthening its forces in the midst of the ongoing conflict with China. The Ministry of Defense is now going to create a new Air Defense Command. It may be established in the second week of October. This command will include the strengths of the three armies. This will protect the country's airspace.

Installation may take place around Airforce Day
Sources associated with the government told the news agency ANI that the new command structure under an Air Force officer is being worked on rapidly. A new Air Defense Command may be established in Prayagraj around Air Force Day on 8 October this year. This command will be kept under the Air Force.

Work is also underway to create Marine Command
A study was done by Air Marshal Air Marshal HS Arora regarding the new Air Defense Command. He suggested to create a new defense command by merging the strengths of the three armies. After this, the Department of Military Affairs under the Chief of Defense Staff (CDS) General Bipin Rawat ordered the creation of it. Simultaneously, CDS is also working on creating a combined maritime command. It will be made either in Kochi in Kerala or Karwar in Karnataka.

No new position will be created
The CDS has also made it clear that no new three-star level post will be created to handle any new command. Meanwhile, a proposal to buy two new Falcon Airborne Warning and Control Systems from Israel and Russia has been sent to the Cabinet Committee on Security to protect the country's airspace. It may be approved soon.