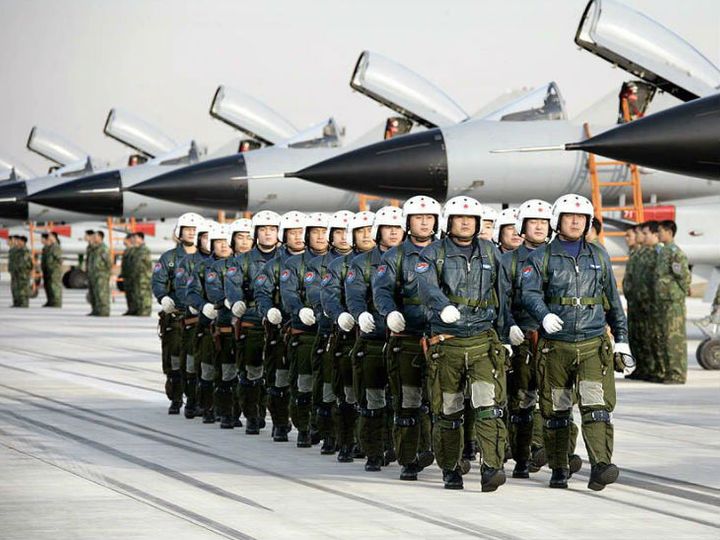 China has deployed Sukhoi-30, J series fighter jets, bomber planes at its air base in Ladakh sector and other important areas. -File photo

Indian agencies are keeping an eye on 7 airbases of the People's Liberation Army's Air Force (PLAAF) amid tension with China over the Line of Actual Control (LAC). These Chinese airbases located from Ladakh to Arunachal Pradesh on the other side of LAC have been very active in the recent days.

News agency ANI quoted government sources as saying that China has built concrete shelters at these airbases. Here the length of the run-way has also been increased. Apart from this, additional manpower has been deployed, so that more operations can be carried out.

PLAAF builds network for surveillance in North East
According to sources, Indian agencies are closely monitoring the 7 airbases of China, Hotan, Gargusa, Kashghar, Hopping, Dhanka Jong, Linjhi and Panagat. The Linzhi airbase on the other side of the Northeast is primarily a helicopter air base. Here the PLAAF has developed a network of helipads to increase the operation of Nigarni in this area.

Sources said that China has deployed Sukhoi-30, J-series fighter jets, bomber planes at its air base in Ladakh sector and other important areas and Indian agencies are monitoring them through satellite and other means.

Indian fighter jets are heavy on Chinese fighter jets
In view of the activity of the Chinese Air Force, the Indian Air Force has also increased its activity in high altitude areas. Fighter jets such as Sukhoi-30 MKI, MiG-29 and Mirage-2000 have been deployed at forward locations in the region to respond to any Chinese action. Apart from this, the Indian Air Force has an edge over China's air force. The reason for this is that Chinese fighter jets will have to take off from high altitude areas, while Indian fighter jets can fly from the ground areas to forward locations without losing time.

You can also read these news related to China…
1. Border dispute in Ladakh: India-China will have joint secretary level talks today; China is not retreating in many areas

2. China's leader claims about Jinping government: leader expelled from the party – Jinping opposing in his own party, dispute with India to divert public attention