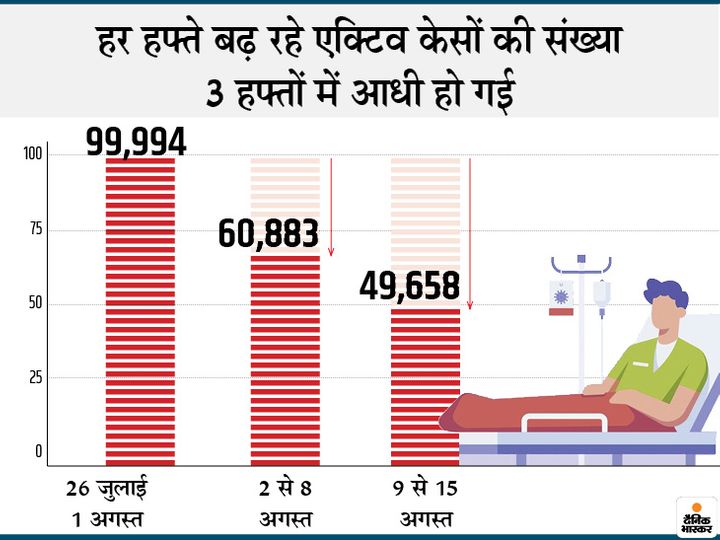 The number of corona infections in the country has increased to 25.89 lakh. In the last 24 hours, 63 thousand 986 patients increased, 53 thousand 116 were cured. 951 died. Even though the total cases of Corona are increasing, it is a matter of relief that a major decline is seen in the active cases which are increasing every week. Three weeks ago between July 26 and August 1, where 99 thousand 994 active cases had increased in the country, only 49 thousand 658 cases have been registered in the previous week. 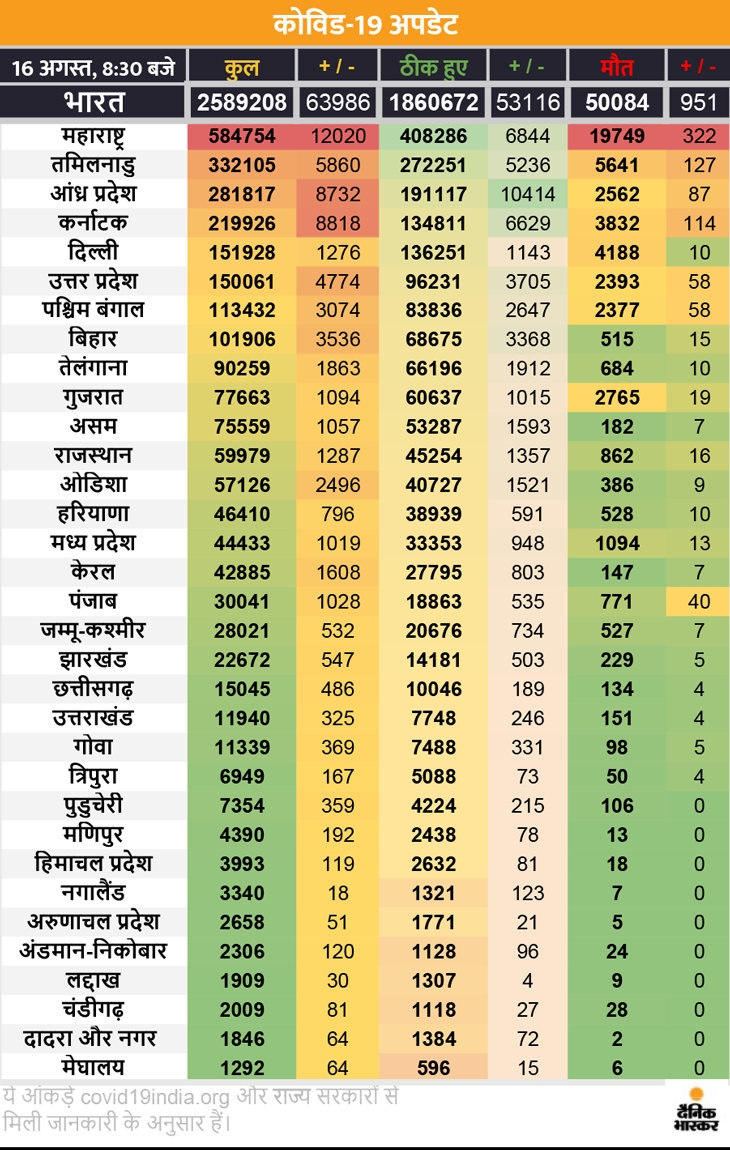 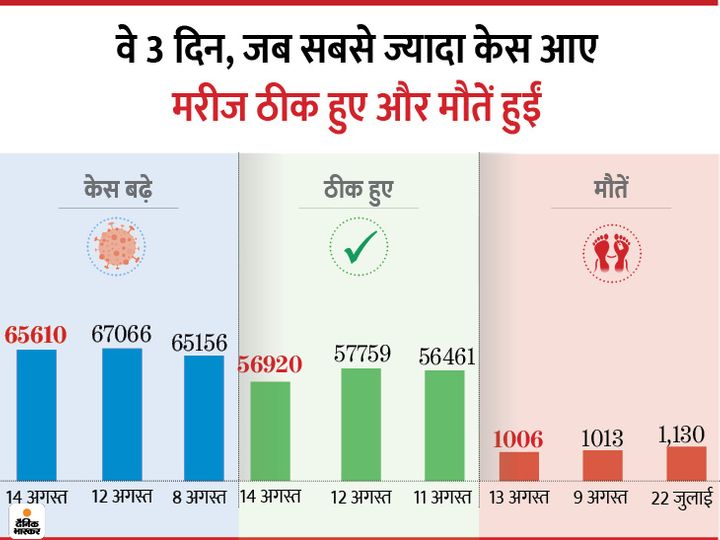 1. Madhya Pradesh
The corona has once again gained momentum in Indore. Maximum 176 cases were found in the last 24 hours. One patient died. There are 3 thousand active cases here. 113 new positives were found in Jabalpur, while 3 died. 108 cases were reported in Bhopal on Saturday. A patient died here too. Now 1 thousand 463 patients are being treated in the capital. 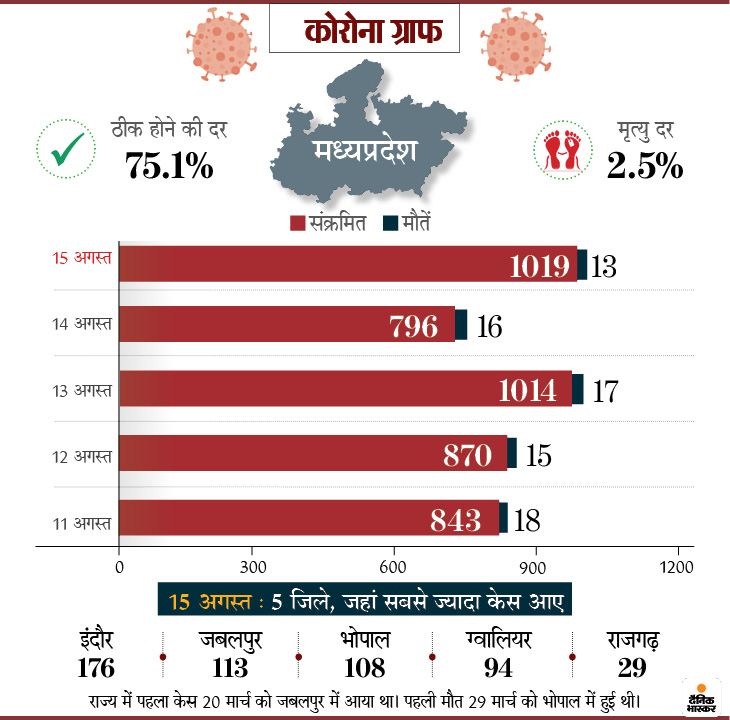 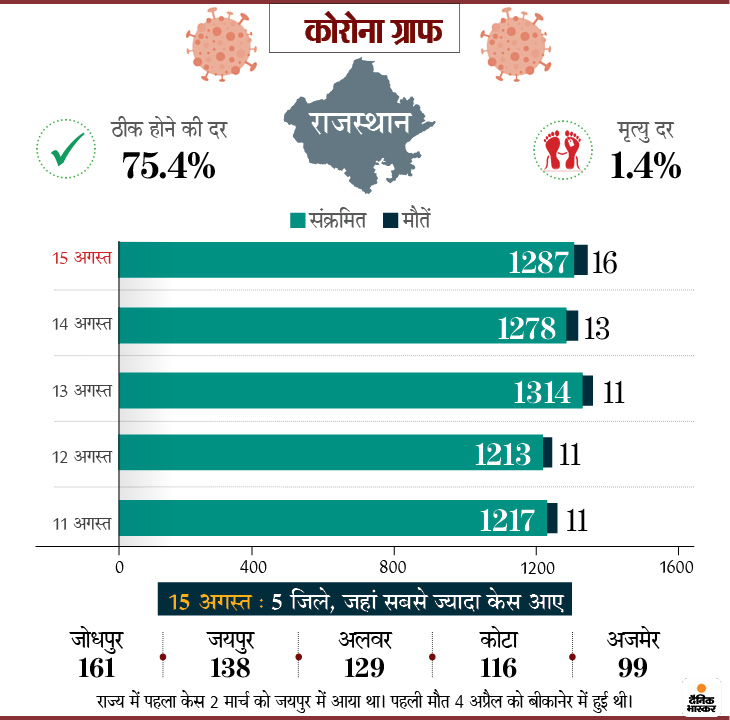 3. Maharashtra
On Saturday, 12 thousand 20 new cases of infection were detected in the state. 322 patients died, while 6 thousand 844 patients were cured. There are now more than 1 lakh 56 thousand active cases in the state. 31 lakh tests have been done so far. 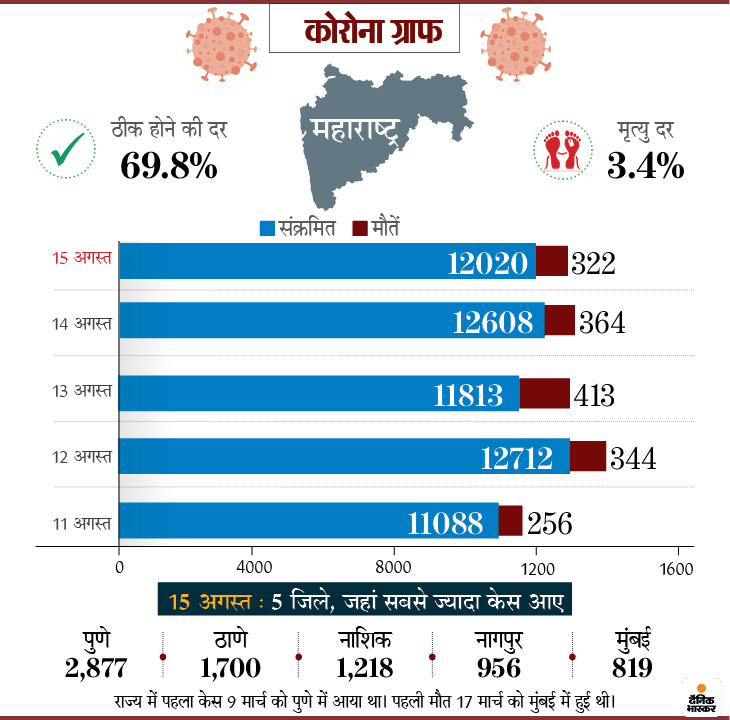 4. Bihar
On Saturday, 3 thousand 536 corona patients were found in the state. With this the number of infected has crossed one lakh. Most 498 patients were found in Patna. According to the Health Department, 1.1 lakh tests were conducted in the state on Friday. This is the highest number of daily investigations in the country. Uttar Pradesh is at number two with 97 thousand Tests. 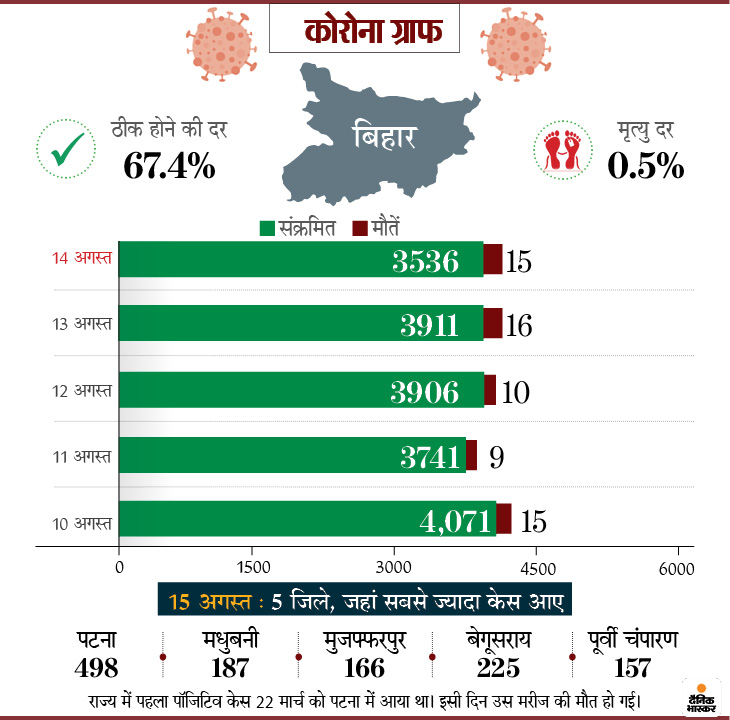 5. Uttar Pradesh
Corona is the most affected youth in the state. According to the data released by the Health Department, 49.34% of the 1 lakh 50 thousand 61 infected in the state are young. Their age is between 20 years to 40 years. 8.34% of people over the age of 60 are vulnerable to the virus. According to statistics, 8.67 crore people have been surveyed in the state. Presently, emphasis is being given to increase it further. 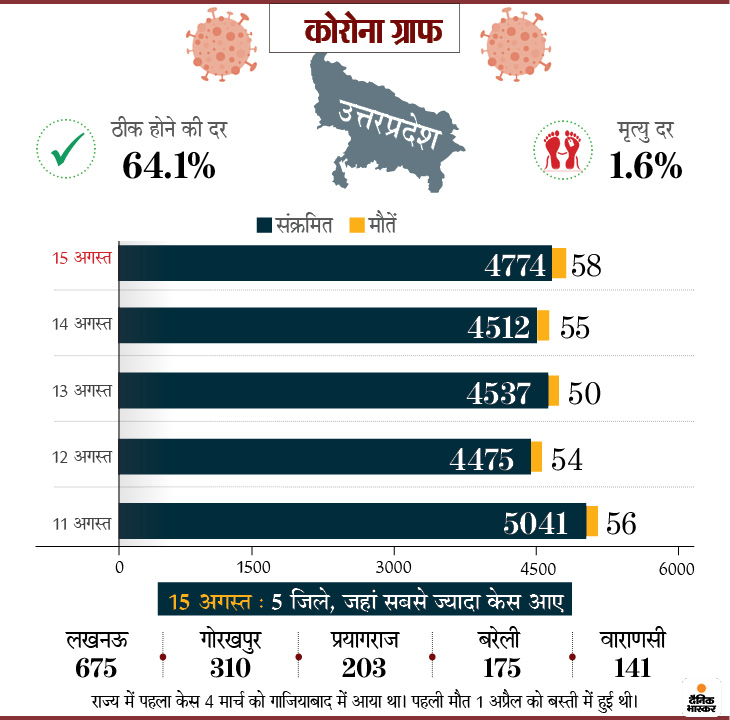 This phone of Xiaomi created a boom in the first cell! 1 lakh smartphones sold in just 1 minute gadgets – Tech News