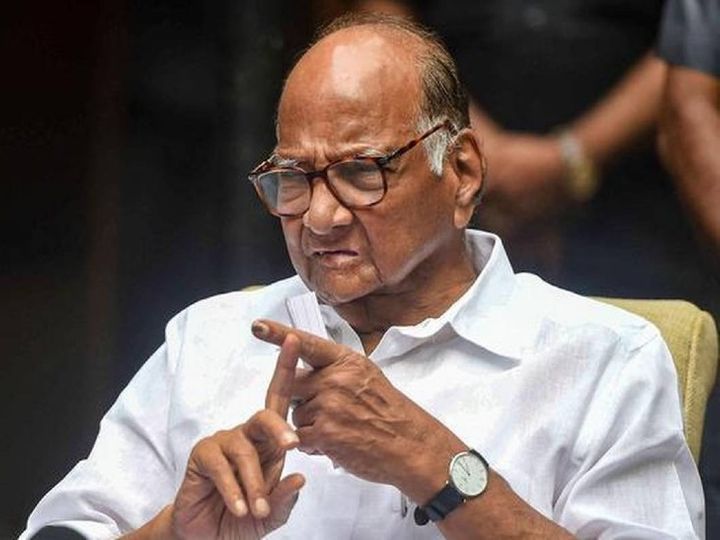 Sharad Pawar spoke in the tweet about the Sushant case. Maharashtra has a coalition government of NCP and Congress with Shiv Sena. Mumbai Police is under the scanner of the investigation of Sushant case. – File photo

The statement of NCP chief Sharad Pawar has come to light after the investigation of the death of actor Sushant Singh Rajput was handed over to the CBI. Pawar taunted that it is hoped that the result of this investigation should not be like the investigation into the murder of Dr. Narendra Dabholkar, which is yet to be resolved. On 30 August 2013, Dr. Dabholkar was shot and killed in Pune. This massacre is going to be a full seven years.

Sharad Pawar tweeted: “Supreme Court has ordered transfer of investigation of Sushant Singh Rajput case to CBI. I am sure that the Maharashtra government will honor this decision and fully cooperate in the investigation. '

Dabholkar's family said- It is painful that CBI could not complete investigation even in seven years
Meanwhile, on Wednesday, Dr. Dabholkar's daughter Mukta and son Dr. Hameed Dabholkar said – “Seven years of murder have been completed.” The initial nine months after the murder, the Maharashtra Police did not properly investigate. Following this, the case was handed over to the CBI following a High Court order. It is very painful that a reputed agency like CBI has not been able to complete the investigation till now. '

Rhetoric keeping Bihar election in mind: Deshmukh
Earlier on Wednesday, Maharashtra Home Minister Anil Deshmukh had said that some leaders are making rhetoric on the death of actor Sushant Singh keeping in mind the Bihar elections. He said that constitutional experts should also take care of the federal structure of the country.

What is Dr. Narendra Dabholkar massacre?
Dr. Narendra Dabholkar, who was fighting a battle against superstition and Aghori system, was shot dead on 20 August 2013 at Pune's Maharshi Vitthal Ramji Bridge (Omkareshwar Bridge) by two unknown miscreants. Investigation revealed that the killers had reached the Omkareshwar bridge 47 minutes before the incident and escaped from the incident in just three minutes. The police were also accused of taking Tantrik's help to find the killers. There were protests against the government across Maharashtra after Dr. Dabholkar's murder. After his assassination, the government was forced to enact laws against superstition. The CBI has arrested eight people in the case and has also filed a charge sheet against five of them.

You can also read these news in Sushant case: –

1. Big statement of Sushant's father: Father KK Singh declared himself the legal heir of Sushant Singh Rajput, said- Only me and his sisters in the family Included

2. BMC gives exemption to CBI: Quarantine will not be quarantined while staying in Mumbai for less than 7 days, CBI team will have to apply for long stay

3. Now what next in Sushant case ?: CBI team can reach Mumbai tomorrow, investigation will be done from the angle of murder; Riya's statement will be recorded first

4. Rhetoric: Anil Deshmukh said – Copy of judgment has not been received yet, Kirit Somaiya demands resignation of Home Minister, Raut said – will go to Delhi