Novak Djokovic Travel to New York for the US Open amid the Covid-19 pandemic | Djokovic said- If I get the chance to organize the Adria tour again, I will definitely; Essentials of vaccine not approved 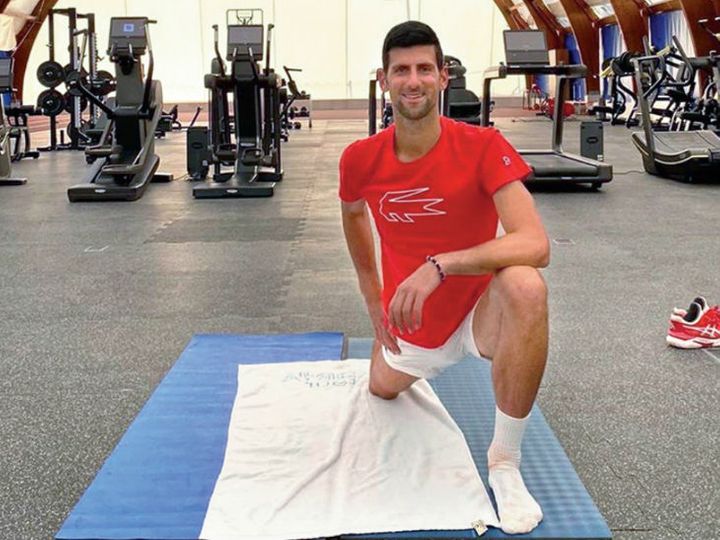 Novak Djokovic, the world's number one tennis player, is closely monitoring his health for the US Open. They are not against the corona vaccine. But are against the inevitability of the vaccine to play. He also says that he organized the Adria Tour in June with good intentions. However, it became a coronavirus cluster.

Djokovic of Serbia is taking part in the Tennis Grand Slam US Open starting on 31 August. They have gone to New York without family. He has a win-loss record of 18-0 this year. Djokovic has won the US Open three times. He has been the champion in 5 of the last 7 Grand Slams.

On the Adria Tour: I had the right intentions, if I get the chance I will organize again

Djokovic organized the Charity Exhibition Series Adria Tour in Serbia and Croatia in June. During this time, social distancing was not followed. Because of this, Corona cases increased. Djokovic was heavily criticized.

Djokovic said, “This tour was meant to help lower-ranked players. It was supported by the government and the Tennis Federation. We tried to do something with good intentions. But will I always be blamed for that one mistake? I have accepted my mistake. If I get a chance to organize the Adria Tour again, I will. But how can you justify one person for this whole matter. '

On coronavirus – we don't know what we're dealing with
Many players and support staff, including Djokovic and his wife Jelena, became positive during the Adria Tour. Djokovic stated, “I had very few symptoms of choronavirus. There was no fever. But there was fatigue, decreased ability to smell and taste. “

He said, “Stemina was reduced when she returned to practice. I did a CT scan of the chest before coming to New York, which was correct. After coming to Corona Negative several tests were done. Blood test, urine test did all that could possibly be done. I am doing all kinds of rescue remedies, because we do not know what we are dealing with. “

At US Open: I will participate in the tournament following the rules
Djokovic said, “At first I was not coming to New York. But I decided to come after the decision of the European Government, in which he said that the players who play in the US Open will not have to be quarantined when they come back. There were many uncertainties. Are still. I wanted to play, so here I am. I am cautious about my health. I respect rules and restrictions. On court and off court can be anything. “

On not playing big players: Federer-Nadal will be remembered during the tournament
This will be 33-year-old Djokovic's first major tournament in 61 Grand Slams, when both Rafael Nadal and Roger Federer will not play. Nadal has preferred clay courts while Federer has been ruled out of the season due to knee surgery.

Djokovic said, “He is a veteran of the game. He will be sorely missed during the tournament. “He said,” I am playing professional tennis because I want to reach new heights in tennis. My initial goal is to break Federer's record of winning 20 Grand Slams and stay at No. 1 for 310 weeks. “Djokovic has been No. 1 for 282 weeks. He said- As a top player it is my responsibility to take the game forward, so I am participating in this tournament.