Pakistan-India Border; Ground Report From Jammu Kashmir Makwal Village On IND PAK Border | Farmers have to flee as soon as firing, go to the field with tokens, ban after 7 pm 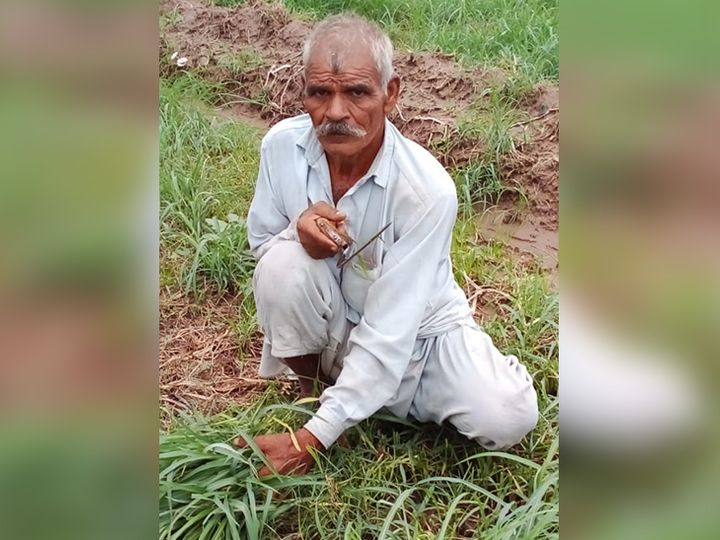 Makwal villages are near the International Border in Jammu. Farming is done here under the supervision of the army near the border.

Makwal is a village in Jammu. It is very close to the India-Pakistan border. Most of the people of the village do farming. Paddy, wheat, melon are grown here. The melon of Makwal is very famous in Jammu. The special thing is that the fields of these people are very close to the India-Pakistan border. Due to this, farming for these people is not as easy as it is for other farmers of the country.

At 1 pm on Wednesday, when we reached the village, the sarpanch, panch and villagers got together at a grocery store. Introducing ourselves, we started the conversation and asked about the situation in the village and said, the farming here is done at risk and this time the money that was planted could not come out.

The crop reached the market, but did not sell due to no customers. Very little was sold. That is why many people did not get the melons out of the field, because the labor had to pay money out of pocket and the crop was not sold. Therefore, weeds are out in the fields. 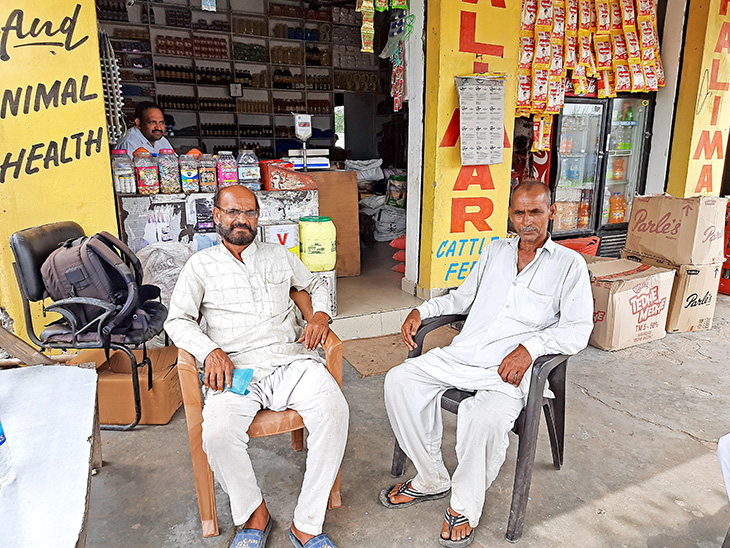 These are the sarpanch Soloram of Makwal and Panch Satpal Singh.

What is the challenge in farming due to being border? When asked this question, Satpal Singh sitting close to us said, For us farming is not like other farmers of the country. We have to show our ID card to the Army every day before going to the farm. They get the ID card deposited and give us a token. We keep tokens with us throughout the day and work on the farm. When returning in the evening, the tokens have to be deposited in the army again and take back their ID card.

Why is this done? Speaking on this, the same can be done near the border, whose fields are there. Apart from this, no one can file without the permission of the army. In all the villages bordering the border, the same goes for the farm. 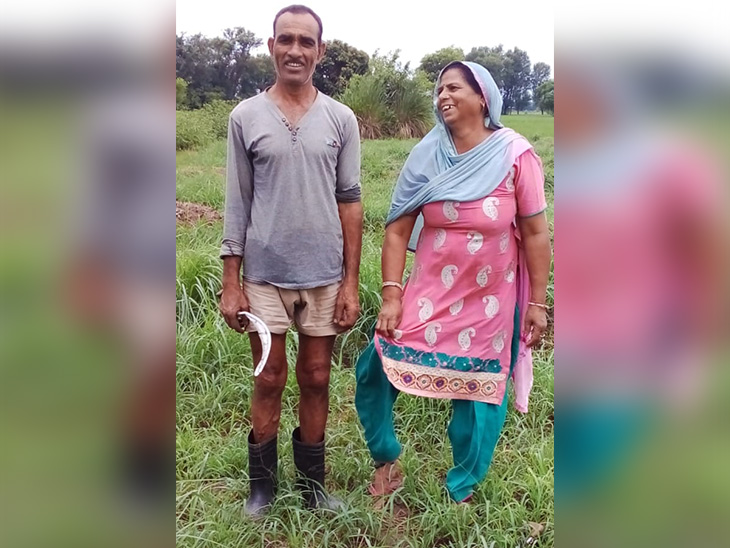 Farmers near the border have to flee as soon as they are firing.

At times, firing starts from across the border, says Satpal Singh. We have to run away as soon as the firing starts. However, BSF supports us fully. When we do farming, our jawans keep an eye and roam around. Yet many times in the year, there is firing from across the border. There is also fear, but our livelihood is running from the fields, so we cannot leave farming. 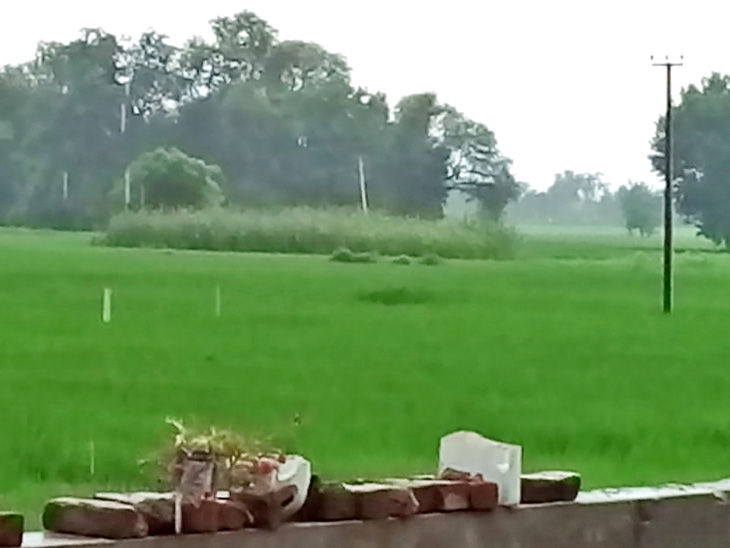 Cultivation from paddy to wheat is done here. This time everything was destroyed due to lockdown.

The farm of Soloram, the sarpanch of Makwal is also very close to the border. They have been cultivating melons here for ten years. Melon was planted this time too, but due to lockdown, the sale could not be done. It is said that a lot of goods were not picked up from the field itself, because what was raised was not sold in the market. Sold a lot of goods. The rest of the melon went bad. Millions were lost.

Rameshchandra Gupta explains the problem of the border saying that it happens many times a year when due to firing of Pakistanis, we run away from the field and come to this side. They say, I have been living in this village since before independence, since then this is the situation. 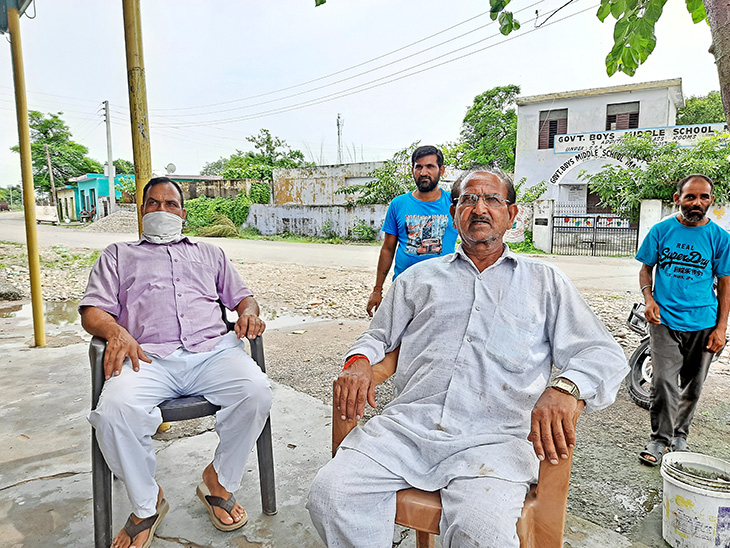 Only refuges live in Makwal camp. Now the government is going to give them 25-25 lakh rupees.

A part of Makwal village is known as Makwal Camp. Refugees that came after the 1965 war live here. These are the people who fled to India after the war. These included Hari Singh, who retired from the Army. Hari Singh says, “Our families fled here after the 1965 war, because Hindus were being killed there.” When they came here, they also got homes and got jobs. The Modi government is now going to provide assistance of Rs 25 lakh to every refugee.

Hari Singh says, 5 lakh rupees have been received from the first installment. If there was no lockdown then the second installment would have come. Why is this help being provided? On asking this, he said, we left our house and property and came here. We had nothing. Therefore, the government is helping us, so that those who are in a bad situation can be supported. 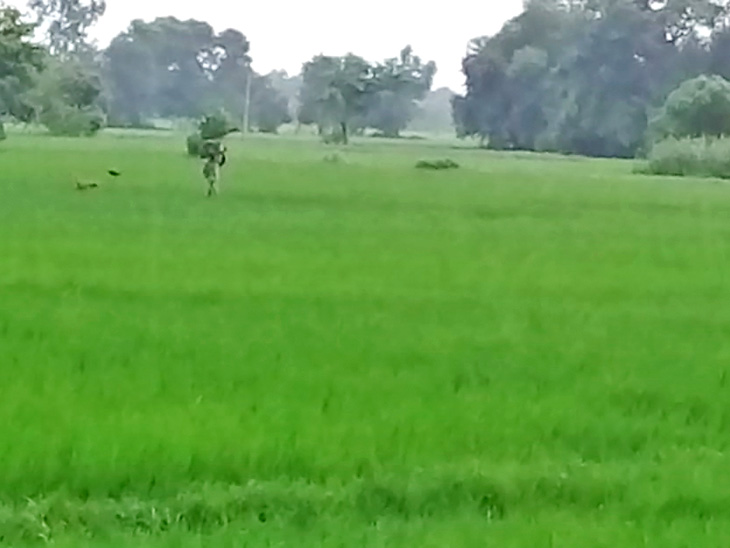 Villagers say that farming is a big challenge here, but there is no other way of earning, so they take the risk.

Makwal camp is also in discussion these days for a different reason. Madan Singh, who lives here, found stones floating in the water. Madan Singh is also from the Refugee family. He went to the buffalo grazing on the banks of the Tavi River. While they saw a stone floating in the water, they brought the stone home. It became a matter of curiosity in the village. People started to worship the stone.

Madan Singh's wife Rekhadevi says, when the foundation stone of the Ram temple was laid in Ayodhya, the stone was found floating in the water five days later. This is the form of God. Therefore, we will establish it with the help of villagers and get the temple constructed. Said, everyday many people are coming to see the floating stones. There were satsangs in our house and the daughter got married. It is a divine power that luck has given us.