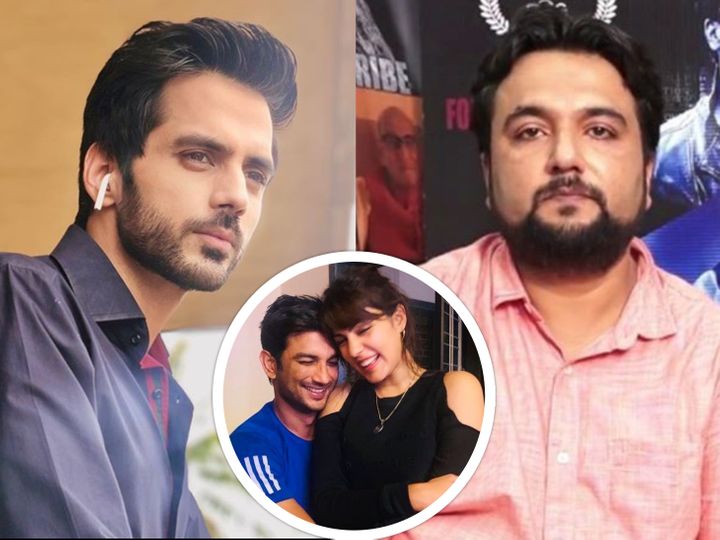 A biopic will be made on the life of Sushant Singh Rajput? Actually, the question has arisen because Pakistani actor Hasan Khan has announced on social media that he will play Sushant on screen. On the other hand, filmmaker Lom Harsh has boycotted Sushant's alleged girlfriend Riya Chakraborty. At first Lom was supposed to take him to the next project, but he has changed his decision after allegations of Sushant's death.

Hasan copied the look of SSR

Hasan wrote in a post on his Instagram account – I have got a project, which is very close to my heart. I will play Sushant Singh Rajput in this project of Amazon Prime Video. After this, many fans have congratulated him and many have expressed hope that the truth of Sushant's death will be revealed.

Amazon Prime has not yet made any official announcement about Sushant Singh's biopic. Sushant Singh Rajput's last film Dil Bechara was released on July 24 on the OTT platform. The film released on Disney Plus Hotstar also had its TV premiere.

Filmmaker Lom Harsh believes that casting Sushant Singh Rajput's alleged girlfriends in the current situation may hurt his fans' feelings. He told- “This is my second film. We were planning to include Riya Chakraborty. The film was in talks since 2018. This year we were going to start shooting, but the corona epidemic came, so it Has been postponed.

We will respect public's decision

He adds- The casting team and the producers thought about Riya, but considering Sushant's death and the current situation, we have now decided not to take Riya in the film. We live in a country where people have religious values ​​and sensitivities. Today our emotions are associated with Sushant Kesang, so I think we should respect the decision of the public. We do not want to hurt anyone's feelings