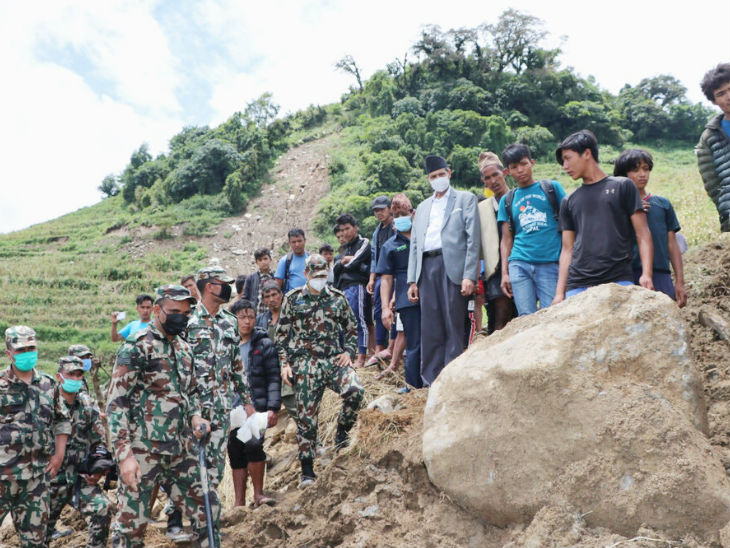 Army engaged in rescue operations at the scene after a landslide in Sindhupalchowk district of Nepal. (new York Times)

Officials said that Nepal Army air-lifted five seriously injured people. He was brought to the district headquarters, where he is undergoing treatment. The Kathmandu Post quoted Deputy Superintendent of Police Madhav Prasad Kafle as saying that four of the injured have been taken to the district hospital in Chatra, while one has been admitted to the Civil Hospital in Kathmandu.

The bodies of five children, four men and two women have been recovered from the spot, the official said. 27 people from five families have gone missing. 13 houses in Jugal Municipality in Landslide were demolished. While 25-30 houses are in danger of being demolished.

India Welcomed The Historic Peace Agreement Between Uae And Israel – Border Dispute: India gave a clear message to the dragon on the return of Chinese soldiers