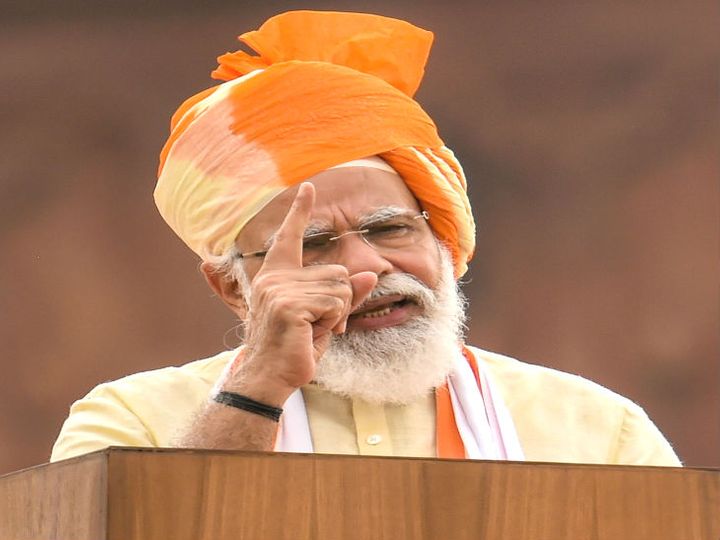 This is probably the first time a Prime Minister has mentioned sanitary pads in his speech on August 15 at the Red Fort.

Prime Minister Narendra Modi, in his 86-minute address from Red Fort, spoke for 17 minutes on the issue related to women. He talked about women power, women's health and their future. Modi said that our government has provided more than 5 crore sanitary pads in six thousand Janaushadhi centers for one rupee. This is a very large figure. This government is constantly worrying about better health of poor sisters and daughters. This is probably the first time a Prime Minister has mentioned sanitary pads in his speech on August 15 at the Red Fort.

He said that out of 40 crore Jan Dhan accounts, 22 crore accounts are of women. Of the 25 crore Mudra loan, 70% loan has been given to women. On the other hand, appropriate decisions will be taken soon about the age of marriage of daughters.

'Whenever women get a chance, they brighten the name'
The Prime Minister said, 'Whenever there are opportunities for women power in India, they have brought laurels to the country. Has strengthened the country. Today the country is committed to provide equal opportunities for self-employment and employment for women. Today women in India are working in underground coal mines. Today, the daughters of my country are flying on the fighter plane and touching the sky high. Today, India is among those countries where women have been given important roles in Navy and Air Force.