Rajasthan BSP MLA merger in congress issue hearing in High Court today 14 august | Hearing again in the High Court today in the case of MLAs who went from BSP to Congress; BJP MLA has appealed stay on voting rights 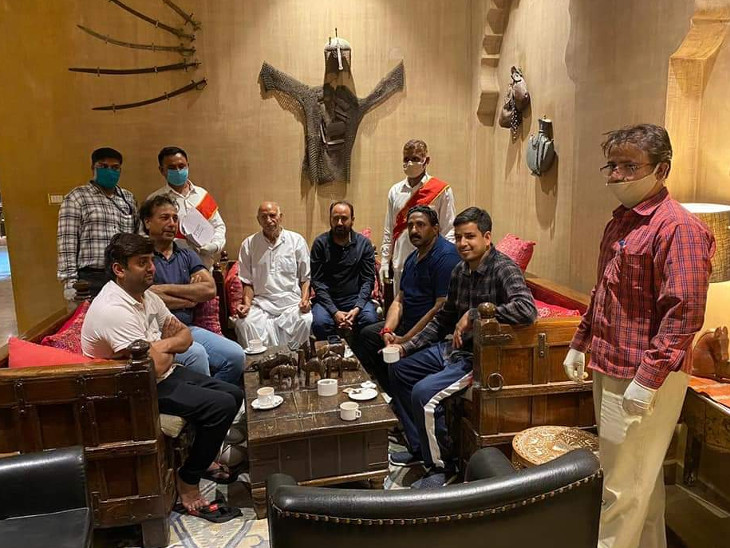 Last week's photo is from Hotel Suryagarh in Jaisalmer. All the 6 MLAs sitting in it are the same who left the BSP and joined the Congress.

In the case of 6 MLAs who have gone to Congress from BSP, a hearing will be held in the High Court again today at 10.30 am. The debate was not completed on Thursday. Assembly speaker CP Joshi gave approval on 18 September 2019 for BSP MLAs to join Congress. BJP MLA Madan Dilawar has challenged this in court.

Dilawar argues that the Speaker's order of merger of the MLAs should be stayed and stay on the voting rights of the 6 MLAs till the final decision. The BSP itself has applied in this matter. He says that rebel MLAs should not be allowed to participate in the proceedings of the assembly.

1. Now 5 questions in the politics of Rajasthan: Gehlot supporters may get angry, fear not getting respect from pilots

2. Ashok Gehlot's emotional statement- Forget what happened, we have our own, we will bring confidence proposals ourselves