Rajasthan Youth Commits Suicide By Consuming Poison in Dausa Near Mandawali Police Station Area | In Dausa, Rajasthan, the young man wrote in a suicide note – I was unable to show my face in the village, he also wrote the same thing on his hands and feet. 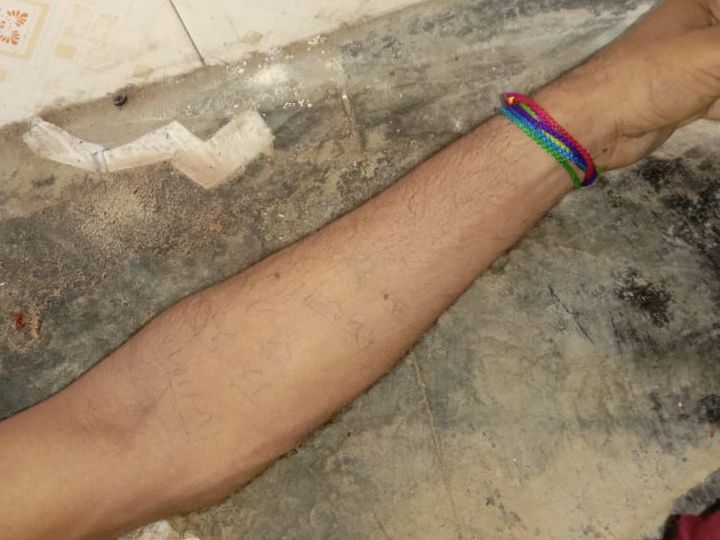 The young man also wrote on his hands and feet that he is innocent.

In Pilawa village of Dausa, a young man committed suicide by consuming poison. Girdhari Lal (32) ate the poison because he was accused of rape. He also wrote this thing on his hands and feet. And, the suicide note that he wrote before he died that he was unable to show his face to anyone in the village.

Girdhari had consumed poison on Wednesday morning. He was then sent to the hospital in Mandawar, but his condition worsened. He died on his way to Dausa Hospital.

Police said that in the suicide note, the young man has written that a false case of rape and pornography has been filed against him. He also wrote that he was unable to show his face in the village. The deceased used to work as a laborer. A woman living in the village had accused the young man of rape on 14 August. The young man was upset with these allegations. 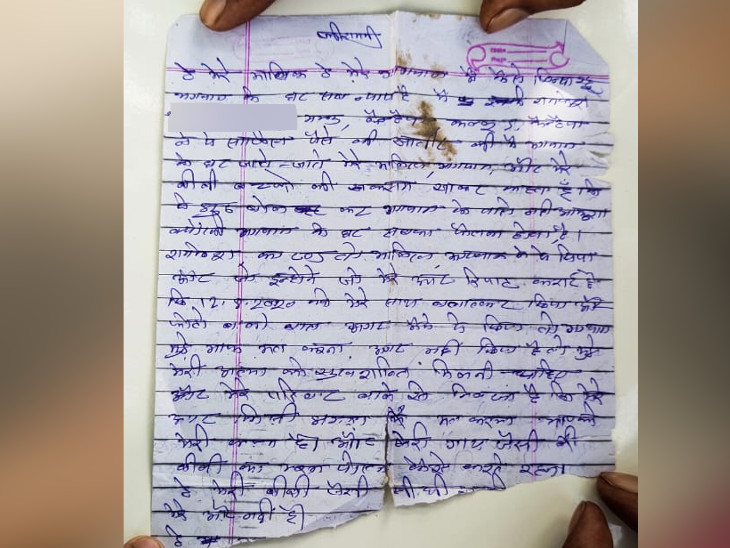 The youth has written in the suicide note that the woman has framed him at the behest of 4 to 5 people from the village itself.