There are many special features in this mid-range phone of Redmi, one of which is its 5020mAh battery …

Xiaomi has made the new smartphone Redmi Note 9 available for sale today (August 20). The sale will start at 12 noon on the official page of Amazon and Mi. There are many special features in this mid-range phone, one of which is its 5020mAh battery. The company has introduced the phone at an initial price of Rs 11,999. Let's know about the offers received on the phone …

Talking about the display of the new phone Redmi Note 9, it has a 6.53 inch full HD + dot display, which comes with a resolution of 2340×1080 pixels. The aspect ratio of the display is 19.5: 9. Phone splash free nano coating and Corning Gorilla Glass 5 protection have been given for screen protection. Customers can buy this phone in three color variants Aqua Green, Arctic White and Pebble Gray.

(Also read- Nokia's new 4 camera smartphone can be launched on August 25, this will be the price!) 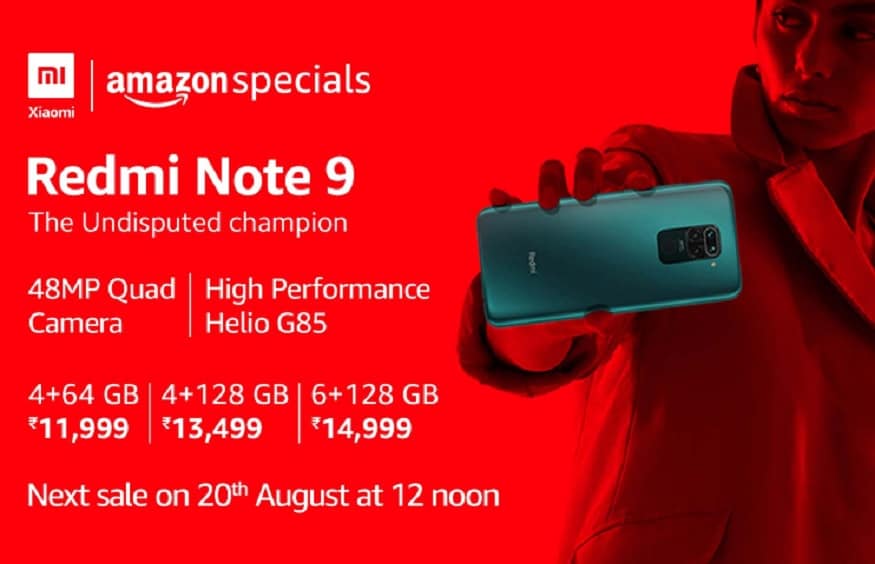 The sale of Redmi Note 9 will start at 12 noon.

Talking about the camera, four rear cameras have been given in the phone. It has an 8-megapixel ultra-wide angle camera with a 48-megapixel main AI camera, a 2-megapixel macro camera and a 2-megapixel depth camera. At the same time, there is a 13-megapixel in-display camera in front of Redmi Note 9 for selfie. Combining selfie and rear camera, the user will get a total of 5 cameras.

For power, the phone has a 5,020mAh battery, which comes with 18 Watt fast charging support. According to the information, customers will get a 22.5W charger in the retail box of the phone. Another special thing about the phone is that it also supports 9W Max wired reverse charging.

VIDEO: These are the most expensive sweets sold in the country, the price is around 10 thousand rupees per kilogram. innovation – inovation

VIDEO: These are the most expensive sweets sold in the country, the price is around 10 thousand rupees per kilogram. innovation - inovation