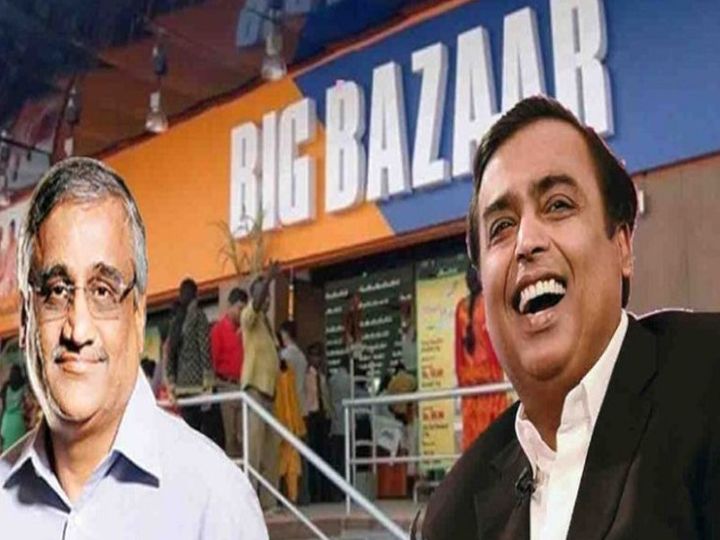 Reliance Retail Ventures Ltd, a subsidiary of Reliance Industries Ltd, has acquired the logistics and warehousing business along with the retail and wholesale business of Future Group. On Saturday, Reliance Industries announced the deal for Rs 24,713 crore. However, whatever composite scheme will be in it will be adjusted. This information has been given by Isha Ambani, director of Reliance Retail.

Explain that this mega deal will strengthen the company's position in the retail business. Reliance Retail is strengthening its feet to compete with players like Amazon in the Indian e-commerce market.

All the companies of Future Group will be merged

Isha Ambani, director of Reliance Retail Ventures Ltd, said that it would play an important role in the development of modern retail in India. We hope that with the participation of small merchants, grocery stores and big consumer brands, the pace of growth in the retail sector will continue, we are committed to provide better value to our consumers across the country.

Ambani will emerge as one-sided king in retail sector

With this deal, Mukesh Ambani will emerge as a one-sided king in the retail sector. Because their retail company is already in this sector. The scope of Reliance retail stores may increase to 18,000. This will help add Rs 26,000 crore to the company's revenue. This will bring Reliance Industries one-third share of the Indian retail market.

The business was recognized by the tagline

Big Bazaar's cheapest, best tagline gave him a new identity. With this, his Future Group turnover reached 9,000 crores and in 2017 Biyani was also included in the list of 100 rich people of India. While everything changed with the times and Future Retail's profit declined by 15% in the quarter ended 2019, there was a 3% decrease in revenue. Biyani's business suffered further from the Corona crisis.

The company was struggling with lack of cash

Negotiations on the deal began earlier this year. Because Biyani's holding company defaulted in paying the loan. Earlier, Biyani, known as the poster boy of India's retail sector, has also held discussions with several other potential investors. Big companies such as US-based retail giant Amazon had also shown interest in Future Group, but a deal with RIL has completely resolved Biyani's debt issues. Explain that due to continuous increase in debt, rating agency ICRA gave negative rating to Biyani's company in March. Currently, the Future Group is struggling with cash shortages. Last week, it defaulted to 100 crores in a foreign currency bond of $ 500 million.

Biyani's business in the 1980s

Future Retail Group has been active in the retail business since the late 1980s. It was during that time that the group set up an organized retail business. In 1991, its head Kishore Biyani named his company Pantaloons Fashion Limited. In 2001 the company opened Big Bazaar stores across the country.

The journey from sari business to Big Bazaar

Born in a Marwari family of saris, Kishore Biyani started Pantaloon in 1987. He sold it to Aditya Birla Group in 2012 due to debt. Biyani, who became famous through this brand, started Big Bazaar from Kolkata. It was then expanded to Hyderabad and Bengaluru. Gradually, Big Bazaar reached almost every major city in the country.