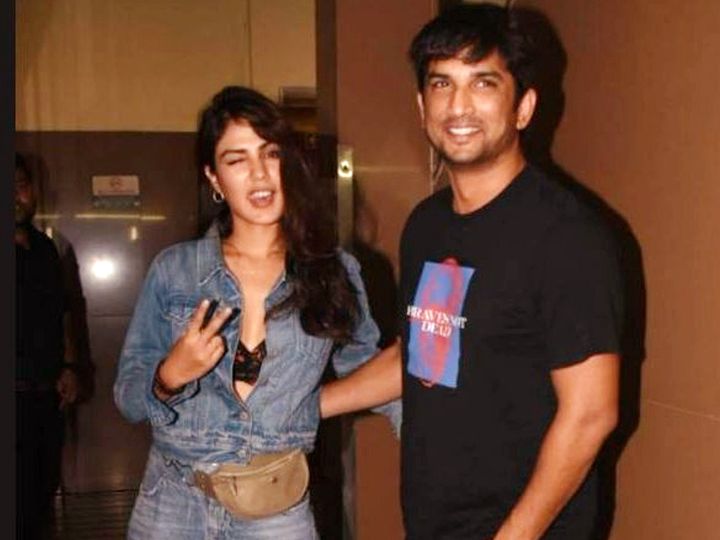 Riya's deleted chat is retrieved by the Enforcement Directorate. Which refers to the hard drug MDM. This is a party drug which is easily found in Mumbai.

In the Sushant Singh Rajput death case, on Tuesday, Riya's disclosure of drugs angle in the case came after some old WhatsApp chat. Now a day later, another WhatsApp chat of Riya has surfaced. In which she is talking to Sushant's former manager Shruti Modi. The chat has revealed that Sushant wanted to quit marijuana (Charas) and Shruti was helping him in this.

India Today in its report has shared a screenshot of this WhatsApp chat between the two in January 2020. Which also mentions an incident when Sushant started crying during a meeting and asked his friend to leave the house.

This is how the two interacted

Shruti- 'He was crying in the morning. He tells Sidhu to go back home. He is seeking help and treatment today. Let's go to meet Kersi (psychiatrist Kersi Chavda). We are all taking very good care of him and giving him medicines on time, but he is not benefiting. He will have to stop taking marijuana completely and he has said that he has left it since yesterday.
Ria- Yes
Shruti- 'He has gone to sleep. I am also going for a day. Sahil has to go to Arogya Nidhi at 11 am.

Sahil, who is being talked about during this conversation, was Sushant's bodyguard and the hospital he has to go to is a hospital in the western suburban area of ​​Mumbai.

The drug dealer was asked for drugs

The four chats which had surfaced earlier on Tuesday were in March 2017 and in which Riya Chakraborty and a person named Gaurav talked about drugs. Riya says, “If we talk about hard drugs, then I have not used much drugs. I tried MDMA once. Do you have md

Another chat that is between Samuel Miranda and Ria in April 2020, in this chat Samuel Miranda says, 'Hi Riya, the stuff is almost over.' Miranda then asks Riya, 'Can we take this from Shovik's friend ?, but he only has' hash' and 'bud'. Both of these are considered to be normal drugs. In a chat, Jaya Saha told Riya – put 4 drops in water, tea or coffee and give it to him. Then it will take 40 minutes.

Shweta called it a big crime

Sushant's sister Shweta Singh Kirti wrote on Twitter that 'this is a serious crime. CBI should take immediate action on this.

Rhea Chakraborty's deleted messages and their details have been accessed from the data dump obtained by the ED. The chats are about usage and dealing with a particular drug, and the actress had deleted those chats, but the ED retrieved it using their forensic team's expertise. The drug she talked about is a party drug mostly used in high-profile parties, not available to everyone. All deleted chats between Rhea and others about Drugs they gave to SSR and people involved in this are 1. Gaurav (some dealer) 2. Jaya Saha (related to KWAN) 3. Shruti Modi 4. Samuel Miranda 5. Rhea Chakraborty 7. Showik Chakraborty 8. Showik's friend Chat 1: 'Incase we speak about hard drugs, I've been doing too much. Tried MDMA once ', chat between Rhea & Gaurav who is allegedly a drug dealer. Chat 2: ‘You have MD?’, Chat between Rhea & Gaurav who is allegedly a drug dealer. Chat 3: ‘I have asked him to coordinate with Shruti & reach it up’, chat between Rhea & Jaya Saha. Chat 4: ‘Thank you so much’, Rhea to Jaya Saha & Jaya replies saying ‘No problem bro, hope it helps’. Chat 5: Hi Rhea, the stuff is almost over, Miranda to Rhea. Chat 6: ‘Use 4 drops in tea, let him sip it…. Give it 30-40 mins to kick in ', Jaya Saha to Rhea. Chat 7: ‘Should we take it from Showik’s friend? But he has just hash & bud ', Miranda to Rhea. Reports are doing the rounds that ED officials will be probing if drugs were used to deteriorate Sushant’s mental health. ED has shared Rhea's WhatsApp messages with the CBI team and the Narcotics Control Bureau. . . Follow @staunchmedia (Source: Times Now). #Shsriculpritsbehindbr #susntdeathmystery #susntsidargrajput #sibiai #chbitkesover #CBIForSSR #ripsusntsidargrajput #susnt #susntrhea #hriheackraborty # Warriors4SSR #bolivud #vichtoryrfaorssr #justichefaorsusntsidargrajput #justichefaorssr #dilbecr #satyamewjayte # Lststeptossrjustiche #chbichrucialfaorssr #chbiadarkuiryrfaorssr #bollywॊdchtor #chbiadarkuiryrfaorsusnt #chbifaorsusnt #stutrrchmedia

On August 10, the Enforcement Directorate (ED) seized 4 mobile handsets belonging to Riya and her family. Among these, two phones are from Riya and one is from her father and brother. Two iPads and a laptop were also captured by the ED. All these electronic devices were sent to forensic labs for examination. It is being claimed that the drugs angle has been revealed during this investigation. The ED has now handed over all the documents and evidence to the CBI and the Narcotics Control Bureau to get to the bottom of the drugs angle.

Dispute Between Police and Samajwadi Party Workers in Kannauj