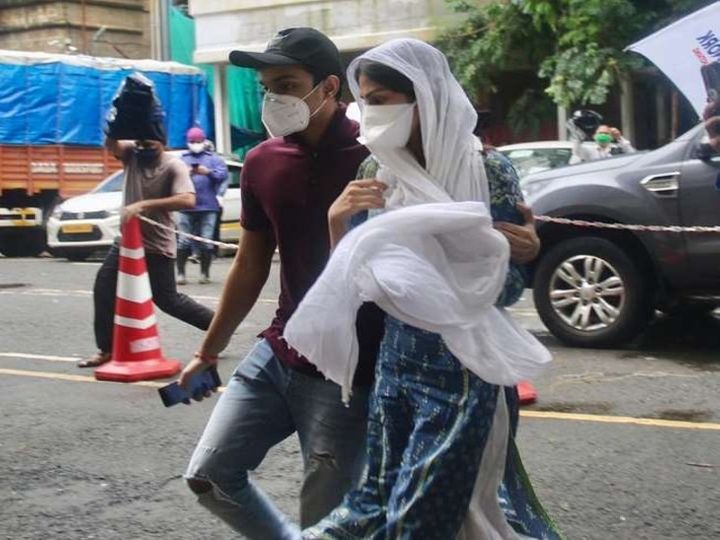 Riya Chakraborty and her brother have been questioned several times by the ED team.

The Enforcement Directorate team probing Sushant Singh Rajput has cloned two phones of Riya Chakraborty. It is believed that only after the cloning of these phones, their chat records have been revealed and the drugs connection has been revealed. Currently, digital data analysis of both these phones is being done. ED believes that Riya hard erased its data many times before giving the phone. So that the data cannot be recovered again.

These things were revealed by phone clone
ED has received many other important information after cloning these phones. If sources are to be believed, the ED team has shared this data with the CBI and the Narcotics Control Bureau and can once again call Riya Chakraborty for questioning. The data recovered by the ED established Riya Chakraborty's relationship with Samuel Miranda, Dipesh, Jaya Shah, Simon Khambata and Gaurav Arya. There was a conversation between them all about drugs. 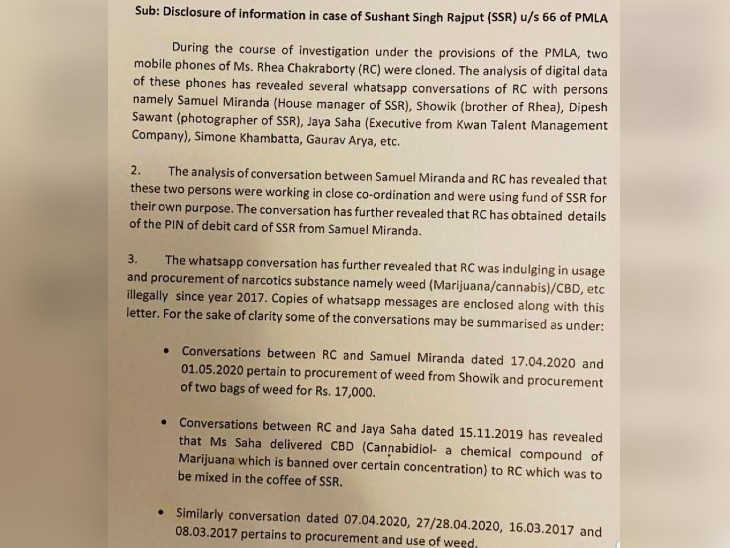 The ED has mentioned many data derived from Riya's phone in this document.

I spoke to Mahesh Bhatt 16 times
Examination of the phone's data has revealed that Riya and Mahesh Bhatt had 16 conversations in January this year. Of which Riya called him 9 times, while Mahesh called him seven times.

Earlier, on August 10, Riya Chakraborty, her father Indrajit and brother Shovik were questioned by the Enforcement Directorate (ED) in the Sushant Singh Rajput death case for about 10 and a half hours. During this time, ED seized four mobile handsets of these three. Riya had two phones and one each of her father and brother. Two iPads and a laptop were also captured by the ED. All these electronic devices were sent to forensic labs for examination.

Riya Chakraborty has been questioned by the ED for about 19 hours in two rounds. At the same time, his brother Shovik was questioned for about 33 hours in three rounds. According to sources attached to the ED, both the siblings were not cooperating in the investigation and were not giving satisfactory answers to the questions. That is why it took so much time to interrogate him. Apart from these, ED has also questioned Sushant's X business manager Shruti Modi, friend Siddharth Pithani and sister Mitu Singh.