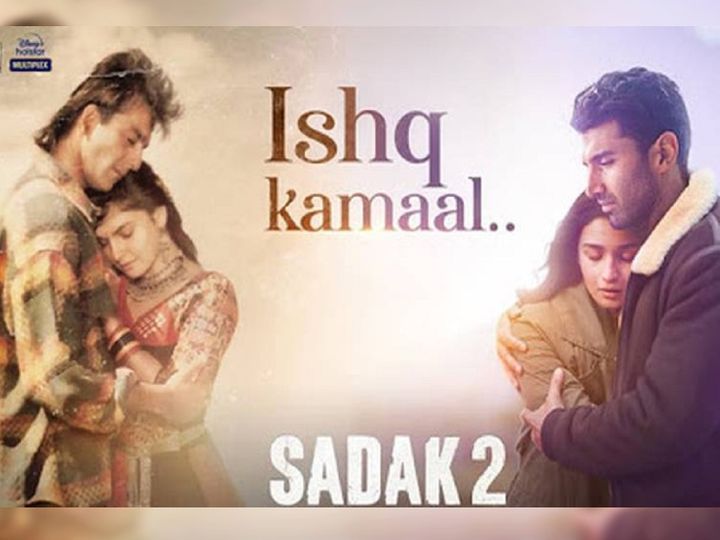 The issue of nepotism and camp betting has been hot since the death of Sushant Singh Rajput. As the matter progresses, all StarKids films are being bought. After Gunjan Saxena, Alia Bhatt's film 'Road 2' is now facing public anger. The film, which is releasing on August 28, is constantly being sought to buy. Meanwhile, now the film's second romantic track 'Ishq Kamal' has been released. After the trailer and the first song 'Tum Se Hi', this song is also getting more dislikes than likes.

The song 'Ishq Kamal' has been filmed on the journey of Sanjay Dutt, Alia Bhatt and Aditya Roy Kapoor. The lyrics of this song have been composed by Sunil Jeet and Shalu Vaish. While Javed Ali has given his beautiful voice to the song, it has also been composed by Sunil Jeet. The video of the song shows that Sanjay Dutt has reached Alia and Aditya to their destination, between which the romantic bonding of the two is seen. Meanwhile, Sanjay remembers his past.

While the previous song got three times dislikes from likes, Ishq Kamal songs got 27 thousand dislikes in just a few hours. In addition, the film's trailer has become the world's third most disliked video with 10 million dislikes. 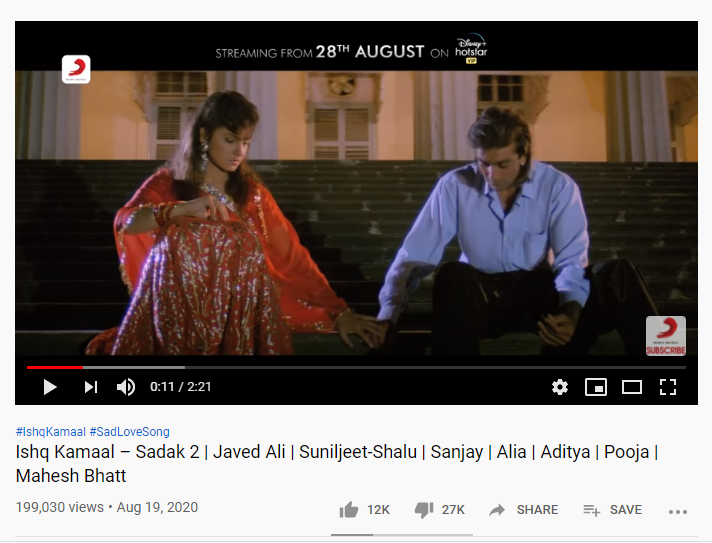