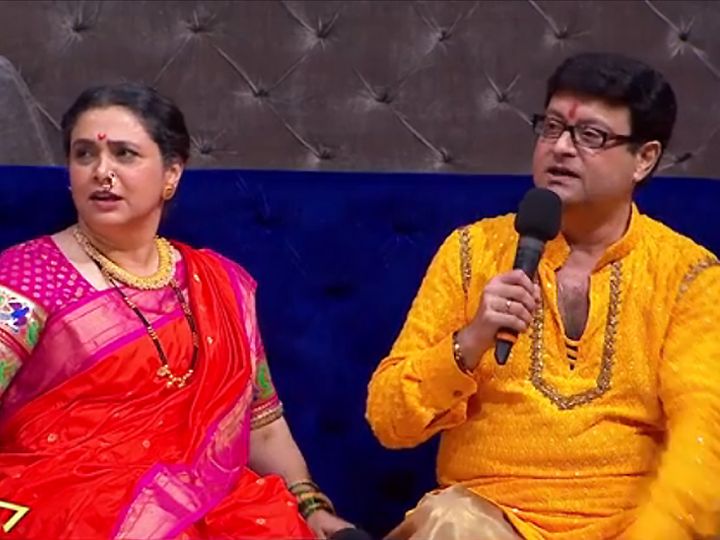 This weekend Ganesh Utsav will be celebrated in the TV show 'India's Best Dancer'. On this auspicious occasion, famous artist Sachin Pilgaonkar and his wife Supriya Pilgaonkar will be seen as special guests. This multi-talented husband-wife duo enjoyed all the acts fiercely and also made some interesting revelations about their careers and personal lives. One such revelation about Sachin Pilgaonkar was made by Paritosh Tripathi, known as TRP Mama ji in the show. He told that Sachin not only worked in the film Sholay (1975), but he also partially directed the film.

I learned editing from Hrishikesh Mukherjee

When the people of the show wanted to know about this, Sachin said, 'When Sholay was being made, I was 17 years old, but work on this film started when I was just 16 years old. Before shooting for Sholay, I was learning editing from one of my gurus, Hrishikesh Mukherjee, who was a famous editor at the time and we all know that he went on to become a famous director as well. '

Ramesh Sippy asked, what will you do editing?

During the shooting of Sholay, I used to sit behind Ramesh Sippy sir's chair and see how he took every shot and then cut it and edit it. During this time, Sippy sir saw me for a few days and then asked me if I would like to do editing. So I told them that I have trained with Hrishikesh sir for two years and also worked for him.

This is how you got the opportunity to direct

Further explaining the direction of the film, Sachin said, 'Ramesh Sippy asked me if I would like to be one of the two representatives whom he can trust for an action sequence of this film, because he He was unable to be present for the shooting of that part and for this he needed two representatives.

He said – age does not matter

'I was very happy to hear them and I said,' How can I handle such a big responsibility? I am only 17 years old. To this he said, 'Age doesn't matter and I don't see any logic in it. You have been in this industry ever since you were 4 and a half years old and I look at you not as a 17 year old but as a 27 year old professional. '

Amjad Khan was his second representative

According to Sachin 'Amjad Khan was the second representative for this work, who won many awards for acting, directing etc. during his college days. He was very talented and I used to call him Manju Bhai. '

There is a scene in this film where Dharamji and Amit ji along with Sanjeev Kumar are going in the train with handcuffs in their hands. Only this part was shot by Ramesh ji and the rest of the action sequence was done by Amjad and me. 'I remember in an action scene I thought that it would look very impressive on the screen when a wooden log would be rolled together. Ramesh ji liked this sequence very much and he also patted my back. He is a very big hearted person.

Sachin said, 'I feel lucky that I got an opportunity to work with Rishi Da for the film Anand (1971). For this film I did the cutting of negatives. Hrishikesh Sir used to say, 'Negatives Sachu Baba will bite.' He used to call me as Sachu Baba. He further revealed that veteran artists like Hrishikesh Mukherjee, Meena Kumari, Balraj Sahni, Ramesh Sippy and Gurudutt gave many opportunities to the youth and always guided them.

After 126 years, Ganesh Chaturthi will be celebrated in this way, this time the feet of Ganapati will not be able to touch, only the face will be seen. | The pandals here changed to health camps, after 126 years it will be like when Ganpati will be worshiped in the houses, not touch the feet, only the darshan will be there.

China Not Likely to Move Back, Military Stay for Long Time on Border Area in Ladakh, Logistics Supply Is Also Like War Time

China Not Likely to Move Back, Military Stay for Long Time on Border Area in Ladakh, Logistics Supply Is Also Like War Time