Ganeshotsav is being celebrated with pomp across Mumbai. Meanwhile, the Khan Family organized Ganesh Visarjan. The event took place at Sohail Khan's house, where Ganeshji was established for a day and a half. Salman Khan, Yulia Vantur, Daisy Shah, Jacqueline Fernandez also reached this immersion.

Salman danced to the beat of drums

Salman nephew appeared in a fun filled mood with Ahil. They were seen lifting them on their laps and dancing. During this tour, sister Arpita immersed Ganesh ji established at Sohail's house. Statues installed in the homes of Ganesh Visarjan Sohail and Ayush Sharma were performed. In which Helen, Alvira, Atul Agnihotri, Salma were also seen from Khan Family. 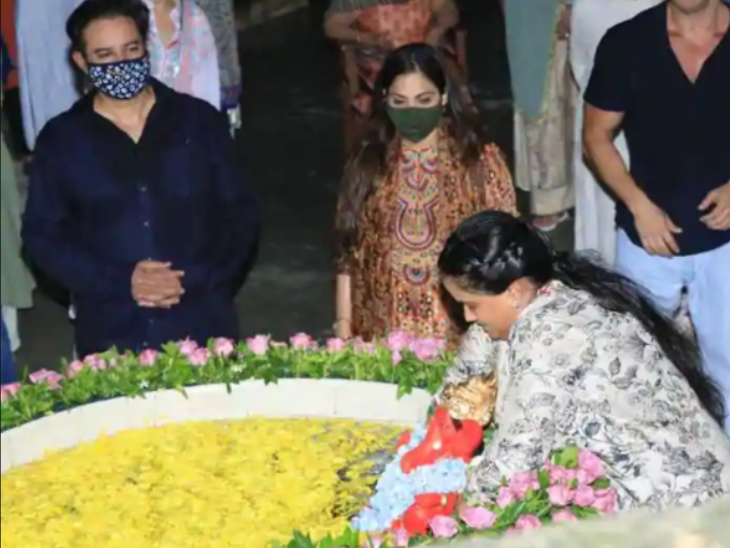 Arpita immersed the statue installed in her house.

In the same way, there are many more.Aarti took place at Ayush's house

Salman had also arrived with his family in the Ganesh Chaturthi ie Aarti held at Ayush Sharma's house on the founding day. Where Arbaaz, Atul, Alvira were also present. Meanwhile, Salman performed Ganesh ji's aarti with nephew Ahil. Ganeshotsav is celebrated every year in the homes of Salman Khan's brothers and sisters. The family was also present on Sunday night immersion.

Shivraj Singh Chouhan Taunt On Congress, Said – No One Can Save The Party From Drowning