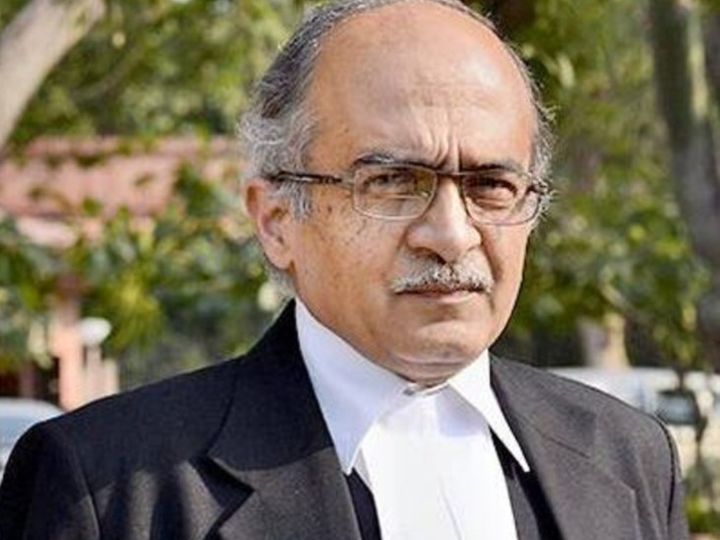 The court last week gave Prashant Bhushan a chance to apologize, but he refused. (File photo)

The Supreme Court will today sentence Senior Advocate Prashant Bhushan in contempt of court and judges. Earlier, 122 law students across the country have written an emotional letter to the senior court. In a letter written to Chief Justice of India (CJI) SA Bobde and other judges, it has been asked that the court reconsider its decision in the matter.

'Court to answer criticism by restoring confidence in people'
Law students have said that the court should respond to criticism by restoring confidence in the people. When criticism arises and demands justice, the court should not be accused of contempt. That too on a person who is seeking justice from the same depth that he has been asking for others. It has been written in the letter that for a long time, Prashant Bhushan has been seen fighting in court against corruption. He has done a good job in law and nation building.

'Tweet was for those who were sidelined'
Law students said that the two tweets on which Bhushan was convicted of contempt were meant to raise the voice of the people of that section who were ignored. They do not harm the sanctity of the court.

Prashant Bhushan refused to apologize
The Supreme Court had convicted Bhushan of his contempt at the beginning of the month and reserved the judgment. The court last week granted Bhushan an unconditional apology, but he refused. Bhushan had said that if he apologized, it would be conscience and contempt of court.

These 2 tweets of Bhushan are considered contempt by the court
First Tweet: June 27- When historians look at the last 6 years of India, we find how democracy was abolished in the country without emergency. They (historians) will question the role of the Supreme Court, especially the 4 former CJIs.
Second tweet: June 29- In it, senior counsel shared a photo of Chief Justice SA Bobde with Harley Davidson Bike. In the photo, CJI was seen without a helmet and mask. Bhushan wrote that the CJI refused to give justice to the people by closing the courts in lockdown.