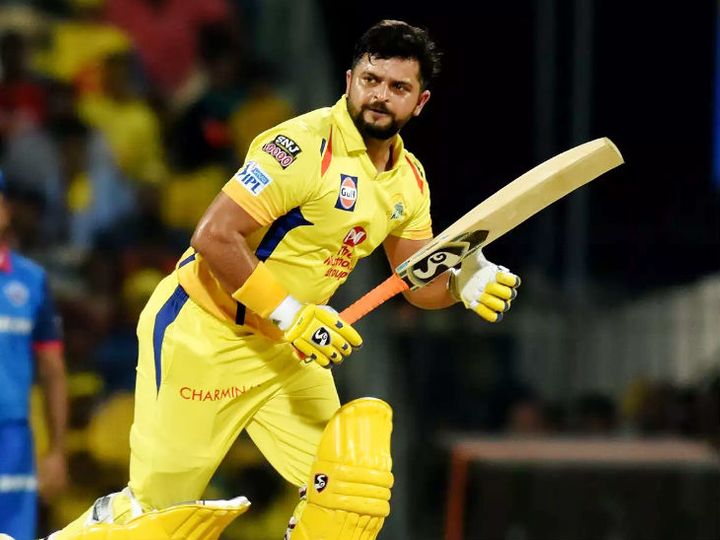 Suresh Raina has played 193 matches for CSK in IPL so far. This time the tournament will be in the UAE from 19 September to 10 November due to Corona. -File photo

The Indian Premier League (IPL) is going to start in UAE from 19 September this time due to Corona. Already, Mahendra Singh Dhoni's team Chennai Super Kings (CSK) players and 11 staff have been infected, all the problems have increased. Team member Suresh Raina has returned to the country due to personal reasons. In this situation, the team owner and former BCCI president N Srinivasan became angry and said that he would soon understand how much they are losing, especially money.

The IPL will be held in the UAE from 19 September to 10 November due to Corona this year. For this, all teams have reached the 7-day quarantine period. At the same time, the CSK team management has not revealed the names of the infected people.

Success goes head to head
Srinivasan said in an interview to Outlook, “The season has not even started yet and Raina will soon find out what they are missing.” Especially the money (11 crore rupees per season) that they get. I believe that if you are adamant about something and are not happy, you can go back. I do not force anyone to do something. Sometimes success rises on a person's head. “

No problem with players coming to Corona positive
The CSK boss said, “Players start thinking of themselves as very special, as actors used to do in the past. Chennai Super Kings have always been like a family. In this, all the senior players have learned to live together. I have also talked to Dhoni about this. He has told me that if a player comes to Corona positive, then there is nothing to worry about. “

Raina was scared of sudden corona case
The reason for Raina's return has not yet been revealed. It was reported that Raina's family was attacked by dacoits in Pathankot, Punjab and killed one. Due to this, they have returned to the country. However, this is not the truth. It is being told that with the arrival of UAE on August 21, Raina had a dispute over the hotel room. He wanted a room like Dhoni. While other media reports say that he was scared of sudden corona cases coming up.

It is necessary to know the name of infected people for safety
The tension of all the franchises has increased after the 13 members of the CSK team came out positive. In such a situation, a source in the UAE told the news agency, “The board and management should share the names of players and staff infected with all of us. It is also very important for the safety of all of us. “

Retired on August 15
Raina announced his retirement from international cricket on 15 August. Dhoni also retired on the same day. Prime Minister Modi wrote a letter to Raina and appreciated his contribution to Indian cricket. Raina scored 768 in 18 Tests and 5615 runs in 226 ODIs. Raina has 1605 runs in 78 T20s. 1 in Tests and 5 centuries in ODIs. He has a century in T20.

There will also be a corona test every 5th day in the tournament
This time the IPL will be 53 days in a bio-secure environment. 60 matches will be played between 8 teams. All these matches will take place at the UAE's three stadiums in Dubai, Abu Dhabi and Sharjah. Players and staff will also face strict punishment for breaking the bio-secure environment. Everyone will also have a corona test every 5th day during the tournament.